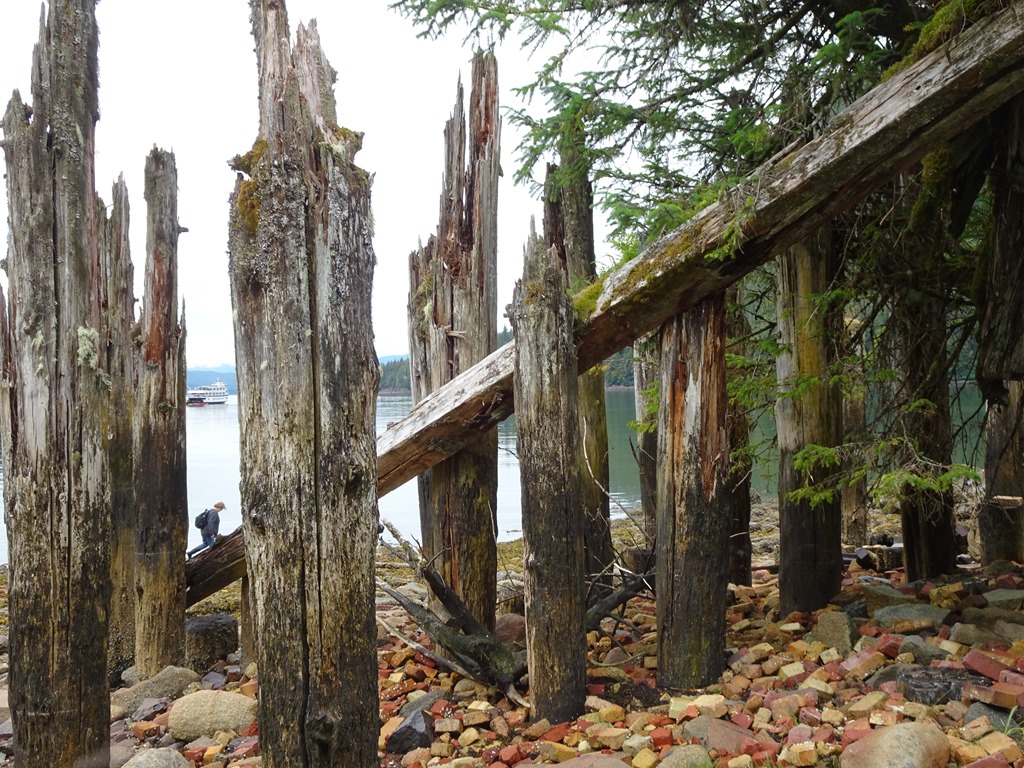 On the fourth full day of our Alaskan cruise on the Admiralty Dream from Alaska Dream Cruises, we spent most of the day at Taku Harbor.

Taku Harbor is a natural bowl-shaped harbor that was a seasonal Tlingit Village. The Tlingits are indigenous people who settled in Alaska thousands of years ago. But that didn’t stop capitalism and enterprises from taking over their land.

Libby, McNeille & Libby Company was a large producer of canned meat. The company took over Taku Harbor in the late 19th century and built a large salmon canning factory on the site. Fires burned down the buildings in 1918 and 1931, forcing the company to rebuild. They also expanded the factory.

Libby was canning up to 1 million pounds of Alaskan red salmon per season (June through August). By the 1950s, the salmon stock was so depleted as to require stringent fishing limits. Today, the factory remains consist of numerous wooden pilings (out of the top of which all types of plants now grow) and rusted equipment. Most interesting to us were the piles of rusted tin that had been used to make cans. They looked like books with semi-opened pages. 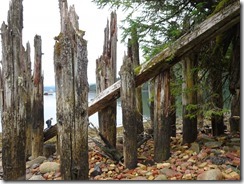 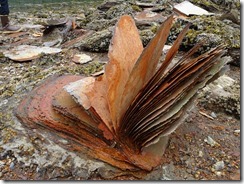 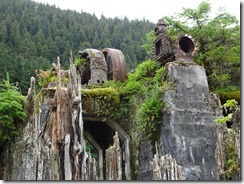 Beyond the plant are two barracks that were used to house the plant’s workers and are now used as rustic vacation homes. 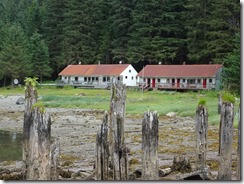 The island also has the ruins of the home of Ted Olsen. He was the island’s unofficial mayor, constable, and everything else from about 1918, through the boom years which the island had about 500 people, to 1976. Today, one can reserve a stay in a rebuilt cabin that bears his name. Although it has a kerosene stove, you need to bring your own kerosene and anything else you need. 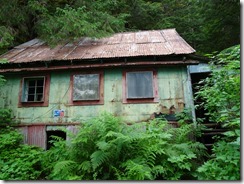 Since we were at Taku Harbor during low tide, we had a chance to explore the intertidal zone with a naturalist. He talked about the survival strategies of the rock-bound mussels and barnacles that spend half of every day in the water at high tide and out of water in the low tide when they are dry except for the water that remains within their shells. Kelp, algae, and empty shells were also scattered throughout the tidal zone. Unfortunately, swarms of biting gnats also were prevalent in the tidal zone and forced us to retreat more inland to try to get some exercise. But alas, the island “trail” only went about 1/2 mile in each direction. 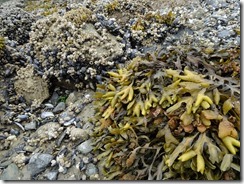 This island walk was followed by a rather frustrating kayak paddle around the bay during which the tide and the wind took us where they wished, regardless of where we intended to go.

After lunch, we headed out into Stevens Passage for an afternoon cruise (accompanied by an interesting wildlife photography seminar), through Stephens Passage. We spent an evening of leisure at Colt Island’s Orca Point Lodge. This private resort lodge was another opportunity to use our land legs. We explored as much as we were allowed as the island also contains other private places. But we did explore its neighboring island (connected by a sand bar that is only accessible at low tide), shell-strewn beaches, and forests as well as had another shot at a marine life touch tank. 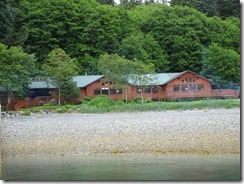 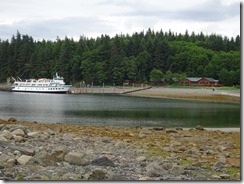 Then came an alfresco dinner of Alaskan salmon, Alaskan king crab, and prime rib, followed by s’mores made over a campfire (hint, use Reese’s peanut butter cups versus just plain chocolate). Yum.

Then back on our ship for an overnight sail to our next, highly anticipated destination of Glacier Bay.