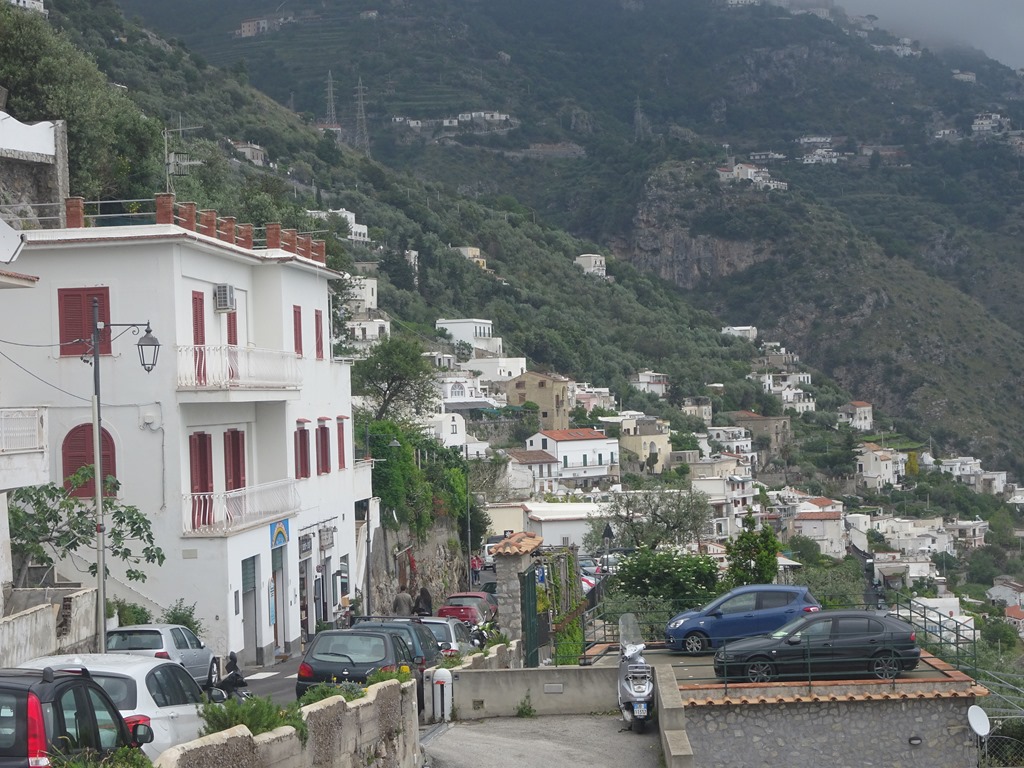 Right near Positano along the Amalfi Coast, is Priano. Our plan was to leave that morning for a hike along  the Path of the Gods. Given the rain we received overnight and into the morning, and the forecast for more of the same, we decided to postpone the hike for a day and to take a day drip to Priano. It is a short bus ride away. And, you can take a local bus and avoid the overcrowded buses that go to Amalfi.

Priano is another lovely mountainside town with its largest, showcase church, the tile-domed 16th-century Chiesa di San Gennaro, only about 100 steps from the beach, and most of the rest of the town situated at progressively higher levels up a winding road to a stairway to another church, Chiesa di San Luca to a steep stairway that leads to a stop on the coast’s famous, sky-high Sentiero degli Dei, or Path of the Gods. It is a cute little quiet town. 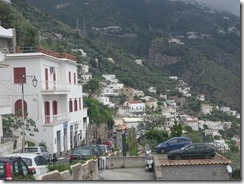 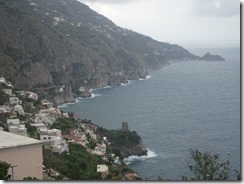 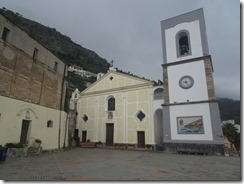 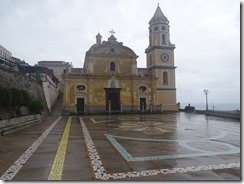 Enough sightseeing. We needed lunch and stopped  at Kasai, a small restaurant whose outside space (which we chose not to brave in the rain!) that was on a belvedere that offered a stunning view of the coast. Inside, the quaint charm made up for the lack of the view. Although we thought we ordered a couple small snacks of crudo and charcuterie and cheese, we ended up with two, huge plates. The crudo plate had oysters, clams, red shrimp, tuna, amberjack, dorado and turbot, with lemon and soy sauce and yoghurt sauces for dipping. The meat and cheese plate matched the size, if not the diversity of the crudo. Salami, prosciutto and soppresata. A couple glasses of pinot grigio got us through the crudo, and aglianico through the meet and cheese. A very nice lunch stop

We also made a day trip to Amalfi, the oldest and most historic city on the coast. Amalfi was founded in Roman times, later became a Duchy of Naples and in 839 AD, broke away as an independent republic, governing the entire coast plus Capri. During its heyday, it established the world’s first international navigation code, introduced the used of the compass, became a major paper-making center and established embassies as far away as Jerusalem. These times, however, ended when the republic was subjugated by the Normans and in 1343, devastated by a tsunami. It reemerged as a cultural center in the early 19th century.

The city is now one of the coast’s primary transportation hubs and, thanks to its incredible, 1,000-year old cathedral, a major tourist center.

Of course it had a Duomo or cathedral. Among the Duomo’s many highlights are its: 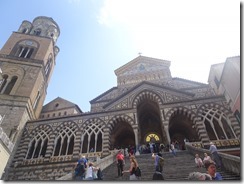 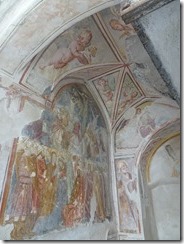 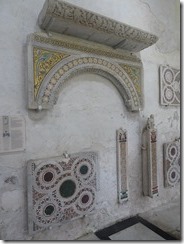 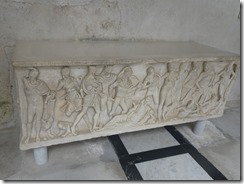 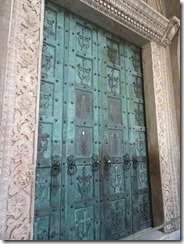 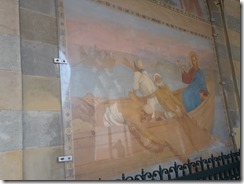 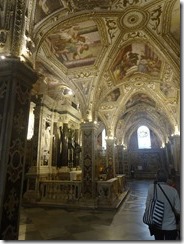 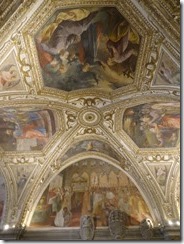 The city’s historic district also has a pretty central piazza (Piazza Duomo), touristy commercial street (Via Lorenzo d’Amalfi) and small alleyways and stairways, most of which are dead ends, leading to individual homes. It also has a lovely overview of the city, which is accessible both by many, and confusing flights of stairs (which we ended up taking) and as we discovered in time for our return trip, a lift, hidden in a tunnel in Piazzao Municipo. 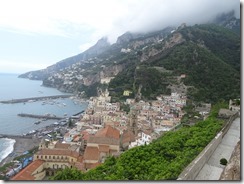