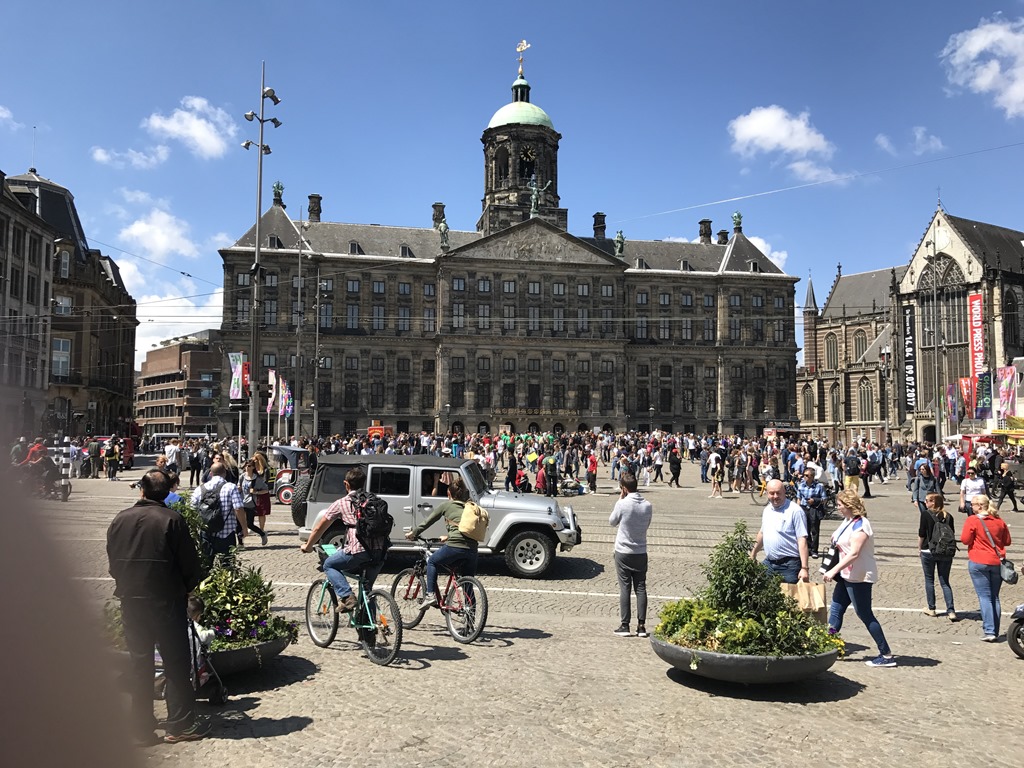 This blog was written by a guest contributor David Gavenda.

I have always been interested in Amsterdam: its history, its canals, character and its permissive culture. I decided to rent an apartment and spend a month to explore and better understand the city, its surroundings and its culture.

The first thing I normally do when arriving in a new city is to take a walking tour. It helps me get a sense of direction for later on when exploring the city on my own. The tour guides can also answer those important questions like what ATM offers the best rates or which museum is a not worth the time. Amsterdam has numerous “for a fee” walking tours and numerous free walking tours (tips only). In most cases the free ones offer the same information as the paid ones.

The guide is the key to any tour. I took two free tours, each lasting about two hours and each covering different parts of the city. They were of similar quality, just covering different areas. Midway through each tour, the guide offers a 15-minute break in a bar, restaurant or shop, each offering to sell non-discounted tickets to any of the town’s many museums or attractions. Nothing wrong with this: it’s just like watching network television with the commercials. The free tour I liked the best was from Sandemans. You make reservations on line (or just show up without a reservation). The tour starts in Dam Square and takes you through the red-light district and ends up at the Ann Frank House. The guide was great and answered all questions. (My guide told us don’t waste your money going to the Holocaust Museum and, after going myself, I decided that he was correct.) He was also very knowledgeable about Dutch history.

Among the city’s many important and interesting neighborhoods are:

Dam Square. The city’s main Square, located a 5-10 minute walk from the Central Train station and the Red Light District, is home to the Royal Palace (must see) the Nieuwe Kerk (New church), the National Monument and Madame Tussaud Museum. It is the starting point for most walking tours and home to my favorite coffee shop, Dam Good Coffee Shop. 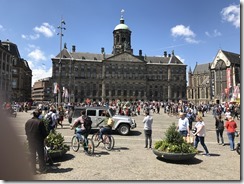 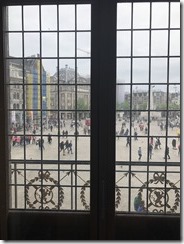 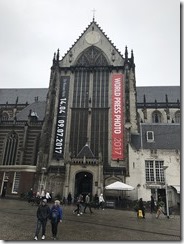 Sex, drugs and rock and roll! Amsterdam’s largest and most famous red-light district is located a short walking distance from Dam Square. This eight-to-ten square block area that has it all: Prostitution, cannabis coffee shops, bars/restaurants, sex/cannabis oriented museums, strip clubs, peep shows and other assorted sex shops and theaters including the Amsterdam’s famous Moulin Rouge.

It is one of the safest areas of the city to walk around, even at night. Police are everywhere. Tourists come from all over to the world to see this area and it can get very crowded on busy nights. Even if you are a little prudish you will not feel out of place in this neighborhood and there are plenty of outdoor cafes and coffee shops in which you can grab a cocktail, have a smoke and people watch. Best time to see the action is between about 11:00 PM and 1:00 AM. A couple of caveats: watch out for pick pockets, never buy drugs on the street and remember it is against the law to take pictures of the working girls/guys and to use marijuana in public.

Prostitution is legal in Amsterdam, but regulated. Prostitutes are not allowed to solicit business on the streets. They must work either in brothels, strip clubs or independently as “Window Prostitutes”.

Window Prostitution is what the district is most known for. Scantily clad girls or guys (mostly girls) display themselves behind full-length, street-facing windows illuminated with, you got it, red lights. The district has hundreds of these windows, with each leading to a bedroom/bathroom area. The prostitutes rent the windows and rooms for, as I was told, about 85-125 euros per shift–higher at night when business is better. The government oversees compliance with laws that regulate the trade.

The “district” has plenty of paid tours available on line, however I didn’t feel the need to hire one since the free Sandeman’s walking tour (see above) included a tour and discussion of the district. 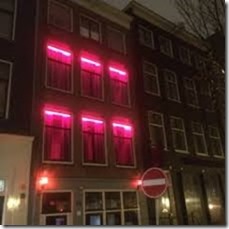 This is the center of much of the city’s history and a key stop for anyone interested in European Jewish history. Key stops, all of which are discussed in upcoming posts on Amsterdam’s Historic Sites. include a number of restored buildings, a historic synagogue, and most importantly, the Ann Frank House.

In addition to exploring the city on long, leisurely bike rides, I spent much of my time in these neighborhoods, and particularly in exploring the  city’s many historic sites and museums. These, and a daytrip to the neighboring city of Haarlem, are discussed in the following series of posts.