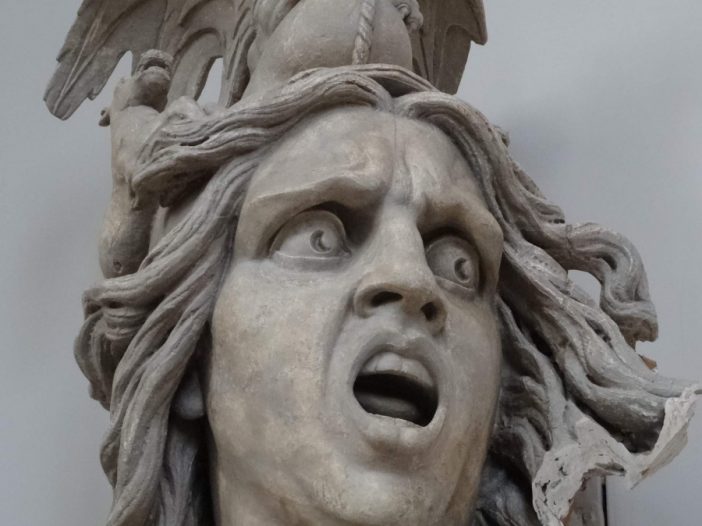 Cité de l’Architecture et du Patrimoine (Architecture and Patrimonies Museum) maintains some of Paris and France’s architectural heritage that may otherwise be lost to development or a lack of money to maintain. Its collection is as impressive as its venue: the neo-classical style Palais de Chaillot.

The museum’s collection is very impressive. It contains thousands of full-size plaster casts that one can enjoy in one spot.

The museum’s top floor is devoted to modern architecture. It explains and shows models, photos, and video representations of buildings that were actually built, and particularly inspiring proposals. These ranged from innovative new homes, and commercial and government buildings, to repurposed structures that one would never imagine that it came from the original building.

During our visit, the museum had a special exhibit on contemporary stained glass windows from artists including Chagall, Matisse, Braque, Le Corbusier, and Soulages. The exhibit had examples of 130 different works from 30 artists. The works began primarily in the post-WWII era when churches and cathedrals were faced with decisions as to how to replace windows that were destroyed in the war. While recreating original images was virtually out of the question, many were reluctant to even consider contemporary work.

Once the decision was initially made, and new windows began to be installed by the mid-1950s, the rush began in earnest. New artists began creating windows that moved away from traditionally figurative designs, to symbolic and abstract designs. Many artists moved away from combining separate shards of different colors, to using enamels to paint on glass and then firing it to integrate the paint into the glass. Some etched glass with acid. Glass makers, meanwhile, developed new formulations and techniques to produce new effects, such as in the creation of undulating glass and materials with different levels of translucence to modulate the effect of light.