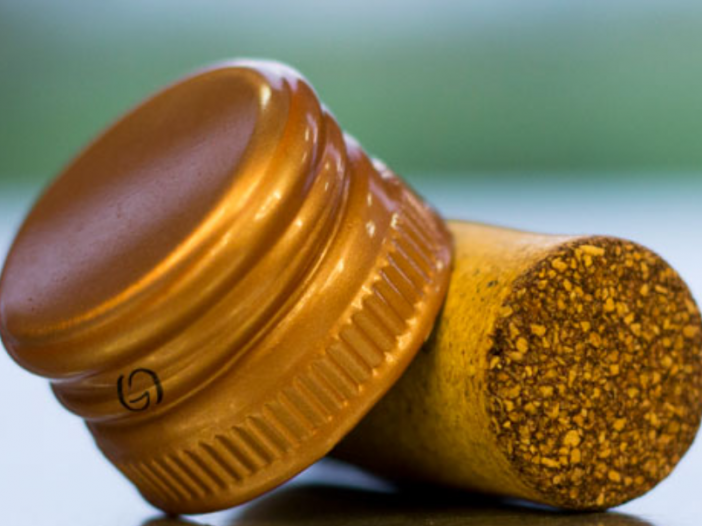 Clare Valley is one of Australia’s oldest wine regions. The valley’s most widely produced white wine varietal is Riesling, although reds—especially Shiraz and Cabernet Sauvignon—do account for roughly 80% of the valley’s total planted acres.

The San Francisco Wine School and South Australia Tourist Commission recently held a seminar on Clare Valley Rieslings. The session’s primary focus was to demonstrate the success of Clare Valley’s 1998 decision to seal all its Riesling bottles with screwcaps rather than with cork. It culminated with a tasting that allowed participants to experience the wine’s ageability under screwcap with side-by-side comparisons of current releases with aged wines. But first, more about Clare Valley Rieslings.

Clare Valley benefits from multiple, diverse, ancient seismic soil types that produce wines with very different tastes. Its warm days are cooled by afternoon breezes and cool nights with diurnal shifts of up to 30 degrees between days and nights. Plantings, which began in 1996 are typically in a narrow belt that lies between 1,500 and 1,600 feet above sea level. The altitude coupled with afternoon breezes and cool nights allows the grapes to be successfully grown in what might be considered to be too warm of a spot for Riesling.

Most growers have now moved to open canopies to reduce their need for chemicals and to facilitate their certification for organic and increasingly, biodynamic. Its warmer weather produces crisper, more concentrated grapes which some winemakers further accentuate by fermenting some of the juice on the lees.

The result is bright citrusy Rieslings which are known for their intense flavors and aging ability.

The Shift to Clare Valley Rieslings in Screwcaps

Clare Valley Rieslings producers began shifting to screwcaps in 1998 as a means of eliminating the variability among corks and the potential for tainted corks. The pace of adoption was sped by Australian closure producers that pioneered new generations of screwcaps, including those that allow vintners to select the amount of oxygen transfer between the wine and the surrounding atmosphere. Vintners can also choose a cap that includes a chip to prove the authenticity of their wine to a buyer.

To better understand the viability of screwcaps for aging, we sampled current vintages of Rieslings against their older vintages (primarily 2000 and 2021). The chance to compare these recent vintage wines with those that have been aged for a decade or more (under screwcap, of course) was a revelation. Although we enjoyed most of the current vintage wines and all four of the aged wines, we were intrigued by the differences between the different vintages of the same wines and how they gained complexity and softness without losing their fruit.

The current releases had varying fruit and styles ranging from crisp minerality and acidity and lime notes of the 2022 Grosset Polish Hill, to the peachy, fruit-forward notes and rounded finish of the 2020 O’Leary Walker Polish Hill. Our favorite of the newer vintages was the 2021 Pikes “Traditionale” Riesling with its lower acidity, generous fruit, and soft finish.

When tasted against the earlier vintages, the crisp minerality and tart lemon and lime tastes gave way to softer, smoother, creamier wines with more earthy characteristics and hints of brioche and even crème brulee in the aged versions. The oldest wine of the tasting, a 2006 Jim Barry “Lodge Hill” Riesling had a full, smooth mouthfeel, balanced acids, complexity, and very subdued fruit.

Our favorites of the earlier vintage wines were the 2012 O’Leary Walker Polish Hill (toasty, earthy, and smooth with subdued acid and fruit) and especially the beautiful balance, complexity and deep tastes, and crème brulee-like creaminess of the 2012 Pikes “Traditionale”.

The success of Clare Valley’s screwcap experiences, combined with the development of new, more flexible screwcaps helped led to the growing adoption of screwcaps among all Australian wine regions and varietals. Although screwcaps are especially popular with white wines and early-drinking reds, they are also gaining acceptance among producers of more ageable reds. In fact, about 85% of all Australian wine—including long-aging Shirazes and Cabernet Sauvignons—now ship with screwcaps!

The Future of Aging Wine in Screwcaps

Lesson learned: Screwcaps are not the enemy in wine aging…well at least from those we tasted. The older vintages were wonderful and still had more life left in them. And screwcaps solve the issue of cork taint. Screwcaps are also less expensive than cork closures.

However, there is still the environmental question. Cork is a renewable resource that can be recycled and even composted.

And let’s not forget about the reputation of cork versus screwcaps–especially on higher priced wines that need to be cellared for very long times.

Personally, we are sold on using screwcaps for whites and reds that are intended to be consumed over the next several years. Although we are holding our endorsement for screwcaps on longer-aged reds until we have had more opportunity to taste more wines aged under screwcap, we suspect we will be seeing many more of them.