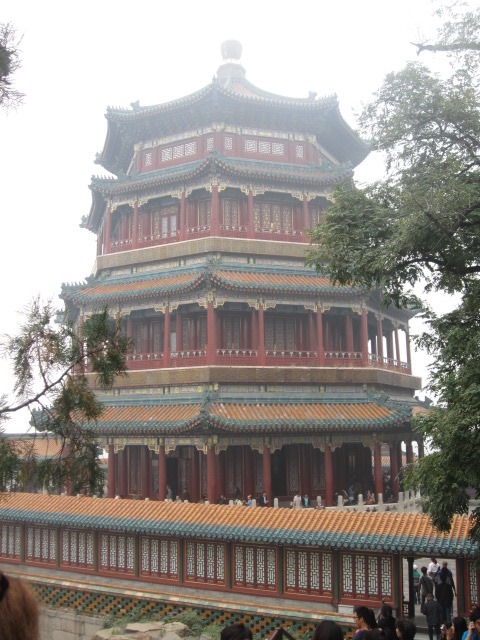 We all like to have a summer retreat….a place to go to get away from the heat and just indulge ourselves. And if you were royalty, your retreat could be built in a prime location and decorated according to your whim. If you think life in the Forbidden City was indulgent, you haven’t visited the Summer Palace. Life in this oasis makes the Forbidden City look downright austere. This Palace, built in the 18th century by the Qing Dynasty,consists of dozens of incredible buildings spread across hundreds of acres of beautifully landscaped park built around a tranquil lake. Although the views are greatly muted by Beijing’s perpetual smog, they still dazzle. 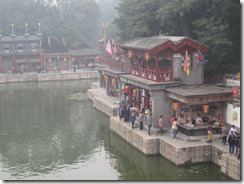 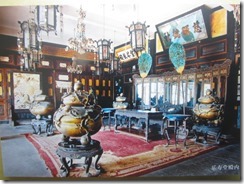 Almost every direction offers a view of a magnificent building and scenery. This is particularly true looking south from Longevity Hill and the magnificent Tower of the Fragrance of the Buddha, over the main complex to the lake. The grounds are studded with lovely structure such as the Marble Boat, the Hall of the Dispelling Clouds and the Great Stage where the royal family and their guests used to view operas.

The kilometer-long Long Corridor, which spans the length of the lake, provides access to many of the buildings and is graced by four pavilions, each with lovely nature paintings. 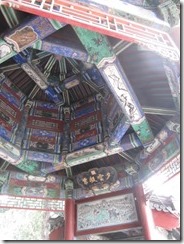 While most of the buildings are closed, you can still view into them, seeing some of the original furniture and art objects. The Wenching Gallery, meanwhile, provides several rooms filled with some oft he most lovely porcelains, bronzes and jades that were produced some of the country’s most gifted artisans.

Other buildings provide glimpses of history of the royal family, especially that of the incredibly powerful, vain and selfish Empress Dowager Cixi, who was responsible for some of the biggest extravagances and on whom much of the blame for the collapse of the Qing Dynasty has been laid.

The timing of our visit also coincided with the stay of Dutch conceptual artist Florentjin Hofman’s fifty-foot tall inflatable Rubber Duck in the Palace’s Kunming Lake. While the duck is certainly fun, it is particularly striking in reference to its surroundings, it was a huge hit in its previous stop in its worldwide tour, where it towered over Hong Kong Harbor’s Star Ferry. At the Palace, it complemented, and towered over the graceful Seventeen-Arch Bridge, which was packed, with admirers. It’s popularity was emphasized by the number of people who bought and carried their own stuffed yellow duck mementos. 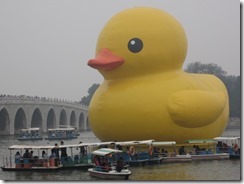