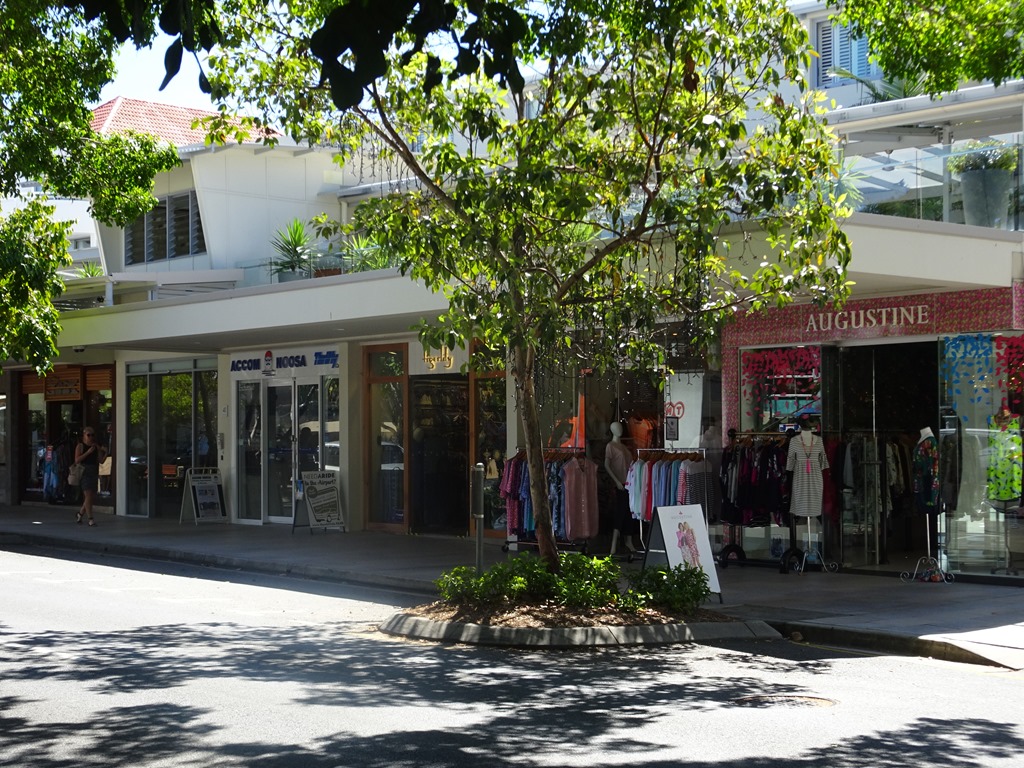 While we were in Brisbane, we took advantage of a car and drove to the city’s near north coast. This area is called the Gold Coast, and consists of dozens of suburbs and small beach towns that are known primarily for their beach activities, surfing and deep sea fishing. We skipped through the Gold Coast to head to the more distant Sunshine Coast.

We had two destinations:

Noosa is a town that is two hours north of Brisbane. It has a spectacular headlands, lush forests and the so-called Noosa Everglades, a labyrinth of canals through a mangrove forest. Although many such channels remain natural, many have been deforested and their banks secured. Higher areas have been drained and filled and subdivided into resort hotels and vacation home neighborhoods and the channels are now lined with boat docks. Although we saw some of the natural channels and a number of the developed ones, we have previously seen, cruised through and kayaked through plenty of mangrove forests and decided to pass on a visit to the Everglades.

instead, we were there for a walk of the headlands and for lunch at a restaurant that we saw served Moreton Bay Bugs, our favorite Australasian shellfish that we hadn’t had since New Year’s in Sydney. So after a stroll along the very busy, restaurant, hotel and tourist shop-lined Hastings Street and lunch at the Noosa Beach House, we followed the shoreline boardwalk to the Noosa National Park. 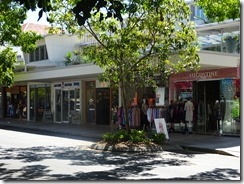 The park is divided into two sections. The inland Botanical Section consists of miles of trails through natural tropical coastal forest. We walked about half the Headlands Section coastal trail to Hell’s Gate, the steepest and most dramatic feature of the headlands.

The trail ranged from relatively flat strolls along sandy beaches, to walks past rock-strewn shorelines, to steeper uphill sections that provided dramatic view over the coast (and in at least one nude beach). These elevated sections provided views over spouts and occasional flukes of passing humpback whales to a view across a channels to some of the continent’s largest natural sand dunes.

Hell’s Gate, a roughly 150-200-foot cliff that plunged into a tiny bay, was the highlight. After exploring the gate from many different angles, and peering at the mile-long beach that laid beyond, we turned around and returned to town and our car. We headed back toward Brisbane and our next stop, the Glass House Mountains. 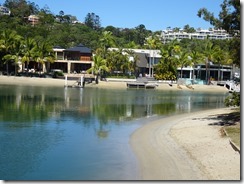 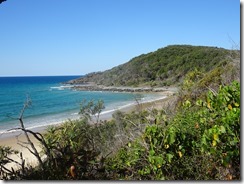 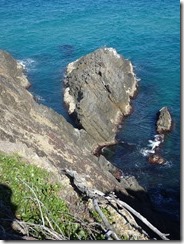 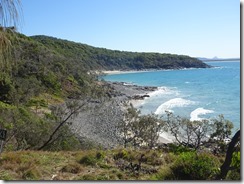 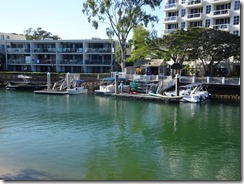 Glass House Mountains National Park consists of a series of outcrops that were originally lava pugs within volcano cones that have long-since been eroded. The much harder rhyolite plugs have indeed eroded over 25 million years of exposure to the elements, but at a much slower pace and, in some cases, into very steep, irregularly-shaped cones. Long revered by aboriginals, the generally 1,000- to 1,800-foot mountains were named by then Lt. James Cook for the British glass furnaces that he thought they resembled. 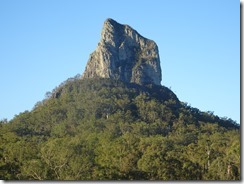 Noosa Beach House provided a nice lunch stop. We enjoyed two of the three dishes we ordered The Moreton Bay Bugs in a chili-ginger soy-based sauce (with steamed rice and coriander) was, of course, the highlight. All that we had anticipated. Fried onion rings with chili aioli were also nice. Although we would have preferred large, meatier rings of onions in the breading, they were tasty, without being greasy. We were, hover, very disappointed with the dry, incredibly salty Petuna ocean trout poke with avocado. Drinks were two Australian beers, One Fifty Casks IPA and James Brog Premium Light Lager.