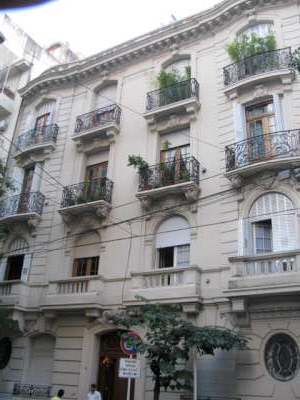 These neighborhoods, south of the central part of the city, are among the oldest of Buenos Aires residential neighborhoods.

This bohemian community, which had been quite run-down, has become a venue for artist studios, antique shops, restaurants and–as the neighborhood in which tango was invented–tango and jazz clubs. Although much of the neighborhood is pretty, some particularly interesting areas include: 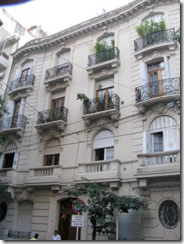 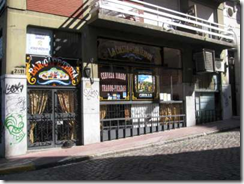 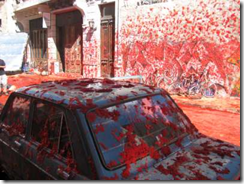 Although we were tempted to visit the Museo de Arte Moderno, we decided to pass in favor of a full day of museums the next day.

This working class community has become of staple of Buenos Aries’s tourist circuit largely on the strength of one artist’s contributions. Benito Quinquela Martin profiled his community in art comprised of bright, bold colors. This neighbors, as an homage to his work, began painting their homes–many of which were built of corrugated metal–even brighter colors. As a result, an alley, known as Caminito, now attracts thousands of visitors a day. This, in turn, has prompted some building owners to further embellish their buildings by adding cartoonish character sculptures on their balconies and has attracted art and souvenir galleries. It has also brought many tourist restaurants, with al fresco seating on the sidewalks and streets, a number which offer free tango shows to bring tourists to their establishments.

The buildings, and a number of fun and colorful murals in the alley, and surrounding streets are indeed fun. But, although we are certainly glad we went, and would recommend it to others, it seems to have turned the neighborhood into a caricature or a circus, rather than a neighborhood. 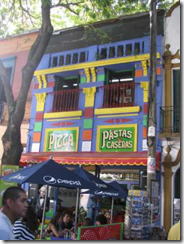 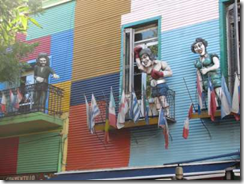 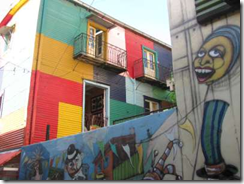 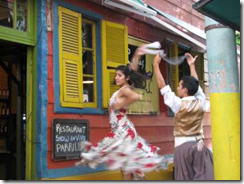 La Boca, however, also has some other attractions. A number of buildings on other streets, have the similarly painted corrugated metal facades, hand-painted murals (which proliferate in other neighborhoods, as well), a very nice Russian Orthodox church. Most importantly for many residents, the neighborhood also has a number of less touristy streets filled with lively cantinas and especially, a stadium that houses one of the nation’s premier football (soccer to Americans) teams. 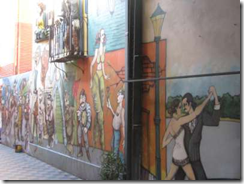 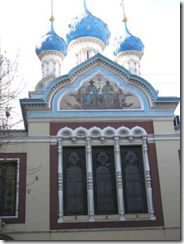