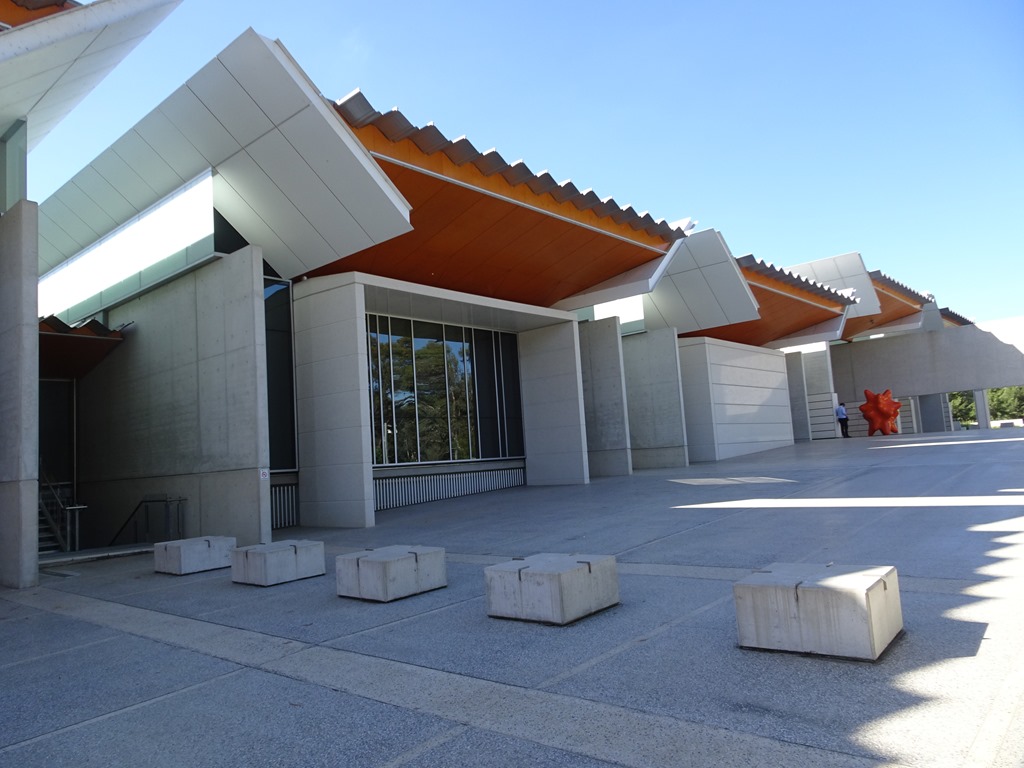 On our way from the Yarra Valley to the Hunter Valley wine regions, we made a brief overnight stop to Canberra (“Canbra”)..

Designed specifically as Australia’s capital, Canberra isn’t so much a city as it is an artificial creation to showpiece buildings, museums, open parks and monuments. It was agreed upon in 1901 (and “opened for business” in 1928 as a planned capital city for the newly unified country. Like other planned capitals, such as Washington, D.C. and Brasilia, it was formed as a compromise to assuage the jealousies of large, established cities (Sydney and Melbourne) that didn’t want the nation’s capital in the other city. Canberra was, therefore, plopped into the wide-open spaces right between the two cities in a location that is convenient to neither.

Since it was designed as a political, diplomatic and administrative construct, rather than as a residential or commercial center, it doesn’t really have a center or true neighborhoods. Much of the central city is devoted to large public buildings and parks.  North, across Lake Burley Griffin, is primarily pedestrian and enclosed shopping malls (such as the large Canberra Center), shopping streets (especially Lonsdale Street), office buildings, apartment complexes and hotels. Most individual homes are located outside the city center, especially in tranquil, wooded suburbs.

From a tourist standpoint, it is more a collection of sites, than it is a city. Among the most interesting and impressive of the public buildings are: 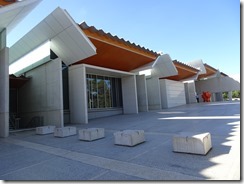 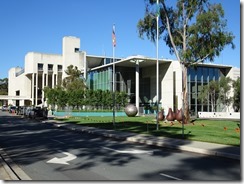 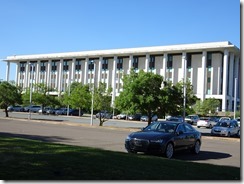 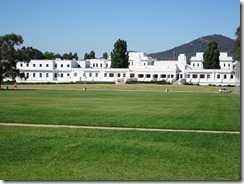 Its primary museums include:

The city also has a number of grand monuments and other commemorative features such as: 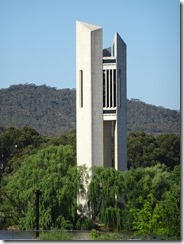 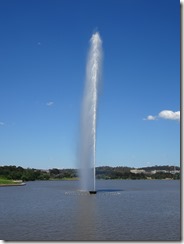 The monuments are surrounded by a lovely large lake (Lake Burley Griffin) and hundreds of acres of parkland. Although the central district has dozens of such parks in and around the central district, the largest ones are the National Botanic Gardens, Canberra Nature Park and Watson Park.

The city may be artificial. But in the end, when you combine the buildings, the monuments and the setting, the city does seem to work—at least from an aesthetic viewpoint.

EightySix, is a small plate restaurant at which we had a lunch that began with small duck buns with hoisin sauce and pickled cucumbers, followed by two very satisfying, somewhat more substantial dishes: “Bag” (sous vide) salmon marinated in beet juice, with pickled vegetables; and pappardelle with oxtail ragu and gremolata. We sampled two satisfying Canberra region wines with the meal, both from Lark Hill Vineyards. These were a 2014 Mr. V white Rhone blend and a 2016 sangiovese.

Marble and Grain, which is primarily a steak house, but at which I, unfortunately, was more in the mood for a lighter dish (chicken saltimbocca with prosciutto, sage, lemon and roasted potatoes). While my dish was acceptable, Joyce’s crisp-skin ocean trout with fennel, zuchinni, citrus salad and herbed crème fraiche was quite good. So was the order of fried onion rings. Our wine was one we tasted at Mornington Peninsula’s Stonier Winery, a 2015 pinot noir.

The Hamlet, which is close to both the restaurants at which we did eat, is a permanent collection and seating area for food trucks. Although the area and some of the trucks were pretty busy and looked quite interesting, we had, unfortunately, reached our caloric limits for the day. Although I would normally say next time, Canberra is not a city to which we will likely return.

We stayed at the Avenue Hotel Canberra.The location was great and the place seems fairly new. However, it also had one of the worse beds we have ever had. It is so soft that I think we sank to the floor when we sat down. It has no support what-so-ever.The pillows are foam rubber. Not what one would expect at this type of place. The refrigerator was one of those “weight” ones so you couldn’t use it for your own stuff or you would be charged if you moved anything. Do you want to print out a boarding pass? Pay money. Not a lot (20 cents a page) but it is the concept. It felt like we were being nickeled and dimed. Charge $10 more for the room if you need more money and forget the nickel and diming. Yes, they had bathrobes and slippers. And yes, the bathroom had a needle and thread (first place we saw with this). Air conditioner blows onto the bed unfortunately. Wifi was good in the room and there was an extra plug by the bed for computers etc.. However, overall, we are not amused and would not stay here again.