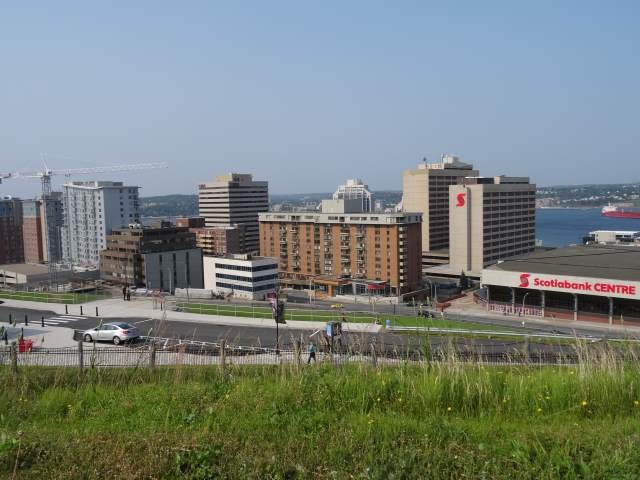 Halifax, Nova Scotia, founded on 1749, was one of the first English settlements in Canada. Initially created as a naval and military base, it is dominated by its Citadel. Its subsequent role as a shipbuilding center created much of the wealth that funded the building of many of the city’s grand buildings. True, many such buildings were destroyed in 1917 by the accidental explosion of a World War I munitions ship (which destroyed the northern section of the city and killed more than 2,000 people). But, although a relative handful of 19th–and even a few 18th-century buildings remain scattered through the downtown area, the vast majority of buildings and the character of the city is overwhelmingly 20th-century. 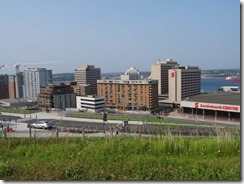 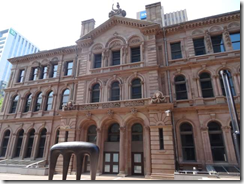 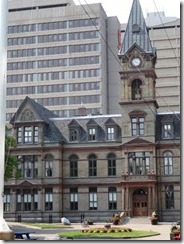 It is interesting just to walk the compact downtown area, and especially the pedestrian and family-friendly harbor-side boardwalk. The city, however, also has a few particularly interesting sights. Among those we visited were the: 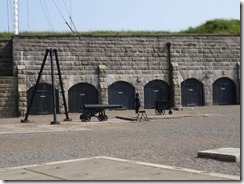 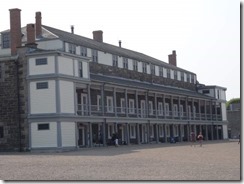 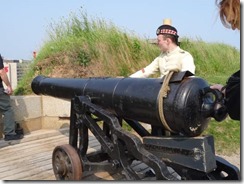 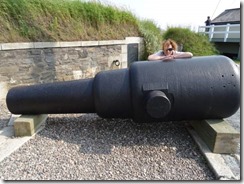 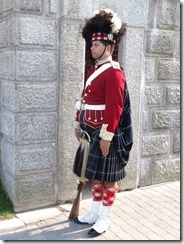 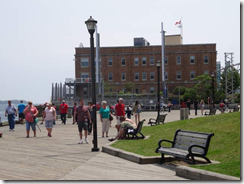 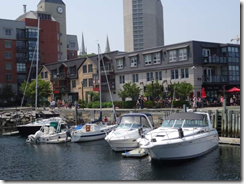 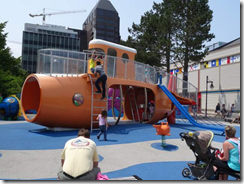 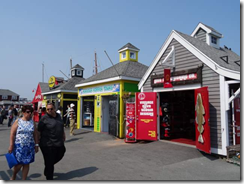 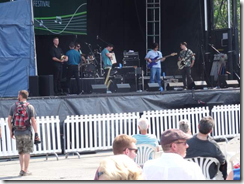 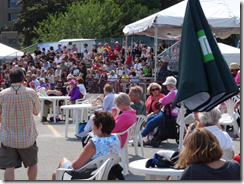 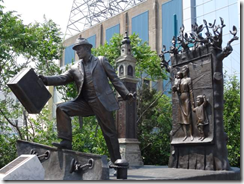 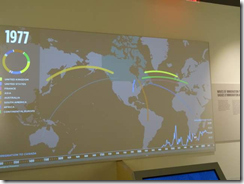 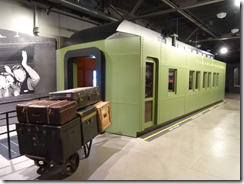 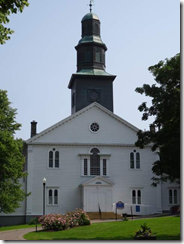 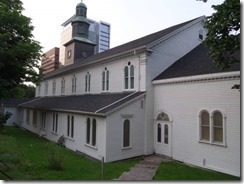 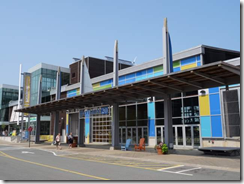 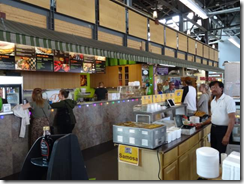 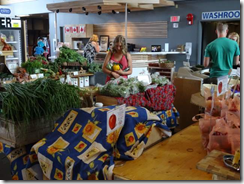 We did not get to the Maritime Museum, which portrays the Titanic disaster (Halifax is the nearest city to and primary burying ground for a number of its recovered victims) and the 1917 Halifax Explosion (which, as mentioned above, killed thousands of people and wiped out a large section of the city).

Overall, Halifax was not the most historic or engaging city we have visited, but it was an interesting introduction to historic Nova Scotia and a good, centrally-located base for exploring the province.

We spent our one night in Halifax at the modern, upscale Prince George Hotel, which has large, comfortable, well-appointed rooms. As we discovered throughout Canada, the staff went out of its way to help in any way. When the taxi driver that brought us to the hotel from the airport was unable to swipe our credit card (and we hadn’t yet exchanged any money and although he told us he took credit cards, he only took credit cards with raised numbers on the card–which ours did not have), a hotel staff member escorted Joyce to various locations outside of the hotel until he found an ATM that was working (the first 3 were out of order for some bizarre reason). Now that is service. The location was perfect for exploring the old part of the city. Our only “nit” is that we didn’t have any plugs by the bed–which is becoming a necessity for plugging in the cell phone in order to see the time at night or to ready an ebook. And, for a hotel of this quality, we would have expected to find bathrobes.

Our first “meal” in Halifax consisted of a fast, casual pickup at the Seaport Farmers Market, where we had one lobster roll and one lobster roll BLT from the Lobster Shack and a pint of fresh, organic apple cider from Suprima farms. It was OK, but nothing to return to.

We had dinner, at The Press Gang (located in one of those few, above-mentioned 18th-century buildings), which  was considerably more upscale. We began with a lobster sampler appetizer (lobster mango sushi, cold lobster summer roll in rice paper and fried lobster spring roll, each served with soy-wasabi and Vietnamese sweet and sour dipping sauces. We then had two very different entrees. Joyce had butter-poached lobster and Digby scallops with saffron gnocchi, green peas and criminal mushrooms in a lobster reduction. Tom had Cornish hen stuffed with smoked duck mousse with thyme-scented red potatoes and zucchini with balsamic syrup and mushroom pan jus. (Although the Cornish hen was a tasty and very interesting combination, the cold lobster summer roll and especially, Joyce’s lobster and scallop dish were the standouts.) We had a bottle of 2012 New Zealand Spy Valley Pinot as a compromise wine for both dishes.

After a full day, we returned to our hotel to get a good night’s sleep before moving on to our next stop.