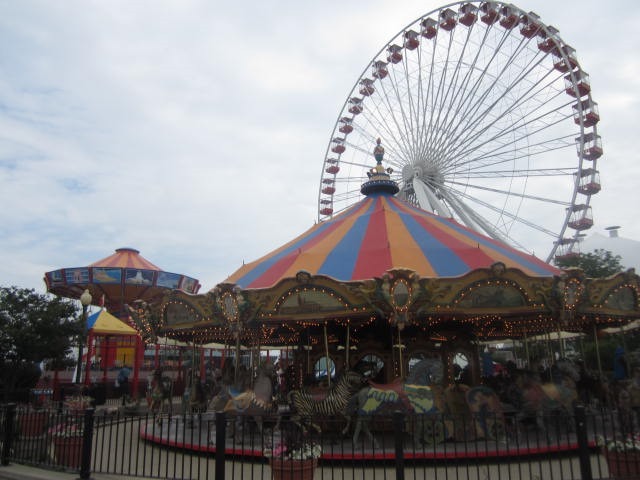 There is no place we more enjoy biking than along Chicago’s lakefront. It is beautiful; there are no cars and it’s flat. We picked our bikes up at Navy Pier, rode south to the Museum Campus (about 1200 south at the Museum of Natural History, the Shedd aquarium and the Adler Planetarium, and then north to about 3600 north, past Belmont harbor. The ride, all along the lake, takes you past many museums, three harbors, three beaches and dozens of sculptures. And, since you are not surrounded by buildings, you have perpetual views of the entire Chicago skyline, from South Michigan Avenue through Millennium Park and Streeterville and all along the Gold Coast. 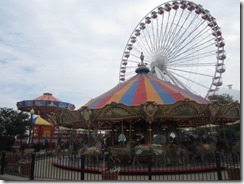 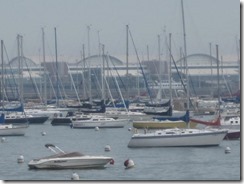 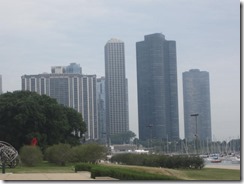 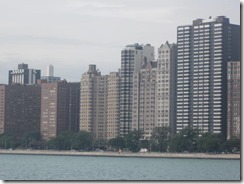 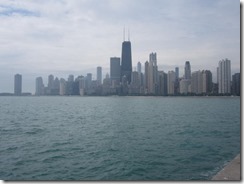 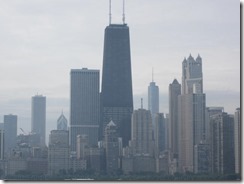 The sculptures, meanwhile, are new since we last rode the trail. Some—especially Confluence, near Belmont Harbor, are intriguing. And when you are up by Belmont, also checkout the Marine-themed playground. Then there are thee beaches—three just along the section that we biked. Activities on the beach, especially the large North Avenue Beach, differ by time of day. Midday is often filled with sunbathers; evenings with beach volleyball players; and mornings, lap swimmers and, when we were there, yoga classes–this time in an inter-species class. 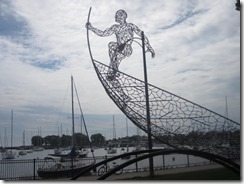 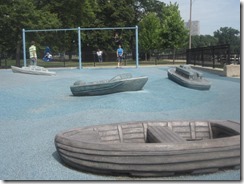 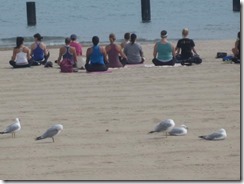 I refuse to go to Chicago without a long visit to the Art Institute. This trip was no exception–3.5 hours in some (but by no means all) of our favorite galleries. While all (except for the museum’s layout and the location of some of our favorite works) was as expected, we did have one surprise.

Two of our favorite Art Institute paintings, Sunday Afternoon on the Island of La Grande Jatte (Seurat) and Paris Street; Rainy Day (Caillebotte) were in a special exhibit that we had seen last year at Paris’ Musee D’Orsay, we decided to take a fast tour of the exhibit–Impressionism, Fashion and Modernity. This fast tour, however, turned into an hour as we rediscovered the huge number and range of Impressionist masterpieces the exhibit contained. A new interesting glimpse into French Second Empire society, the incredibly uncomfortable looking clothes that had to be worn to be fashionable, and an insight into the ways fashion helped shape Impressionism, and Impressionism helped shape fashion. And the there are the incredibly beautiful ways in which a broad range of Impressionist artists portrayed fabrics and colors of Parisian fashion–especially the almost iridescent whites of women’s gowns, blouses and day dresses.

The city did an incredible job developing the air rights over the commuter rail yards into an incredibly popular park. Although the entire park is lovely, the two most popular sites are: 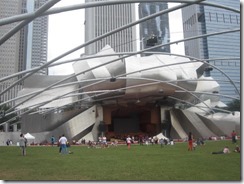 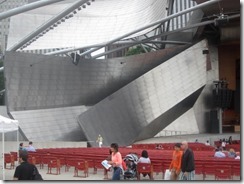 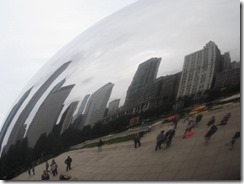 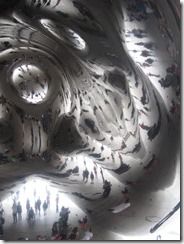 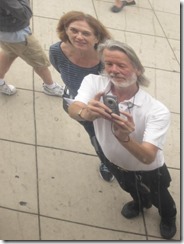 All of our trips also take us back to our old neighborhood, along upper Lincoln Park. Although we love walking the entire area, two of our favorite stops are the zoo and the conservatory.

Most of our trips also include at least one CAF architectural tour. This trip included two tours. One of the the downtown Art Deco Buildings and one that traced the history, and the handful of remaining sites of the huge, 1893 Columbian Exposition.  While this blog includes two pictures as a teaser, the tours are discussed in detail in the next blog. 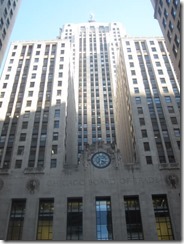 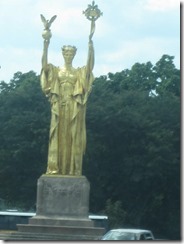 Steppenwolf is one of our favorite theater companies and its current play, Belleville, was written by Amy Herzog, the author of another ay that we thoroughly enjoyed; 4,000 miles. Belleville, a psychological drama that examines two emotionally damaged characters in a rapidly unraveling marriage, did not disappoint. Although the ending was not a total surprise, we were totally engaged in the production from beginning to end. The reward of the play was as it is in many trips–less in the destination than in the journey: the discovery of lies, the falling away of protective armor and the question of which characterize ally the most vulnerable. An evening very well spent.

The Back Room: A Little Night Music

After dinner, we weren’t ready to return to our hotel and cocoon. So we decided to go to one of our favorite music clubs: the Back Room. To our surprise, the club had moved. Although it was still on the same block of Rush Street, it had moved from a small, somewhat spartan, often cramped room behind a storefront, to a much space, off an alleyway, down a set of stairs, into a larger, more fully decorated room in a same basement. We preferred the location, the group, named Double Shot, specialized (at least during the set we were there) on popular Motown R&D songs. Although we enjoyed the ambiance and the song selection, we were less impressed by the band, whose music (especially the drums) were, to our ears, far to loud for the vocals and often totally drowned out the lyrics. 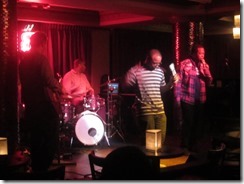 Another must-stop on every trip to Chicago. We usually split our visits. One trip we go in the evening, another during the day. While the views are of the same scenes, they are very different depending on whether you see them at night, with the building’s lights, or during the day. This trip, we went during the afternoon. 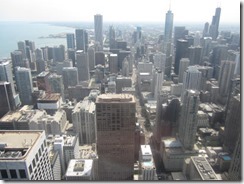 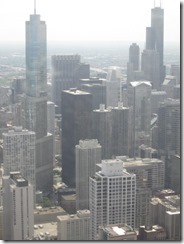 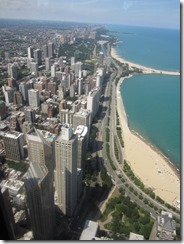 Restaurants and eating are always an important component of every trip we take, In few places is this more the case than in Chicago. But, since we cram so many restaurants into our trips, these are covered in a separate blog.