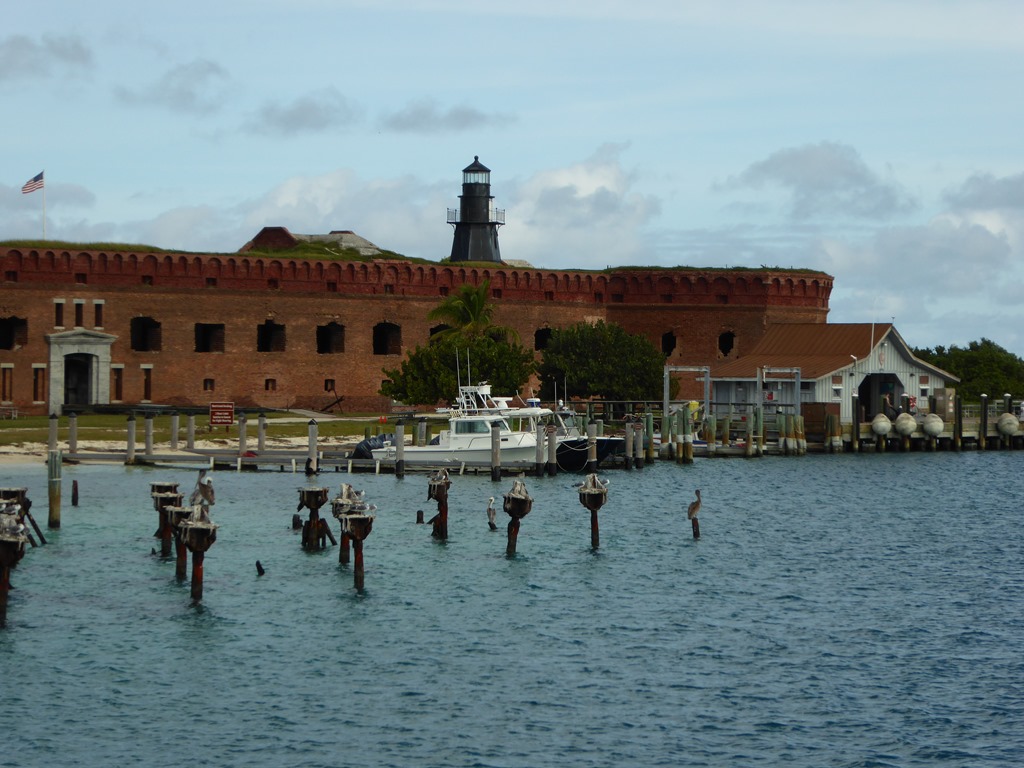 This was the first time we were able to fit in a visit this National Park during a trip to Key West Florida. And we were very glad we did it. Although we would certainly prefer if the boat ride had been shorter than 2.5 hours each way, the crew of the Yankee Freedom, the only ship that makes the 70 mile journey, did everything possible to create an enjoyable trip. The morning cruise, on a 220-passenger ship that never carries more than 150 people, begins with a buffet breakfast, unlimited coffee and tea and, before we arrive in the island, a discussion of tour and snorkeling options.

The Dry Tortugas, initially one of 11 keys, is now one of 7, since 4 have eroded and are now below sea level. Discovered in 1513, by Ponce de Leon, they were named for the huge numbers of female turtles (especially loggerheads) that visit the island each year to lay their eggs. These turtles serve as a great source of protein for hungry sailors since they can be kept alive for months in a ship’s hold by laying them on their backs and keeping them moist. The addition of “Dry” to the name indicates that that the island has no fresh water.

The Tortugas also occupied a vital position in the Caribbean as the only natural break in the longest coral reef in the world. This made it a chokepoint for all ships going into and out of the Gulf of Mexico. In other worlds, all American ships carrying goods between the Mississippi and the East Coast and especially the Spanish galleons carrying plundered gold and silver from their Latin American colonies to Spain passed here. And since this area is littered with dangerous coral reefs and plagued by hurricanes, it was the site of many shipwrecks and the primary reason that Key West had the highest per capita income in the country in the mid-1800s (see our previous post on Key West’s Shipwreck Treasures Museum). So, when the U.S. Government purchased Florida from Spain in 1819, there was initially a question of what to do with the virtually worthless and waterless (no drinkable water) string of islands off the coast—until that is, a one expedition commander recognized the strategic location of the Tortugas and recommended that the U.S.. build a fort on the island. With the memory of the British invasion (during the War of 1812) of the undefended central coast—and its burning of the nation’s capital to the ground—still fresh in everybody’s mind, it only took Congress 27 years to authorize, fund and begin construction on what was to become the largest masonry fort in the United States.

Upon landing, we had time for a visit to the National Park Visitor Center and a brief walk though of the fort.

Then, the ship’s guide, assisted by the National Park Service ranger, took us on an hour tour of Fort Jefferson. We learned that while construction on the fort continued for 30 years—including during the Civil War through which it controlled by the Union and was staffed by 400 people (including soldiers and engineers, slaves and convicts who continued construction work, the fort—which was planned to be manned by 1,000 men—was never completed. By 1876, construction was halted (due to a combination off budget cuts, difficulties with the planned cistern system, and the growing vulnerability of the fort to newly developed, ever more powerful weapons.

The tour took us through the fort’s sally port (entry), where our guide explained the multiple lines of defense (drawbridge, moat, iron door, crossfire from two bastions of the six-sided fort, and if these outer defenses were breeched, rifle cross-fire into the narrow port and another steel gate. We when walked through the large parade ground, past uncompleted and largely dismantled barracks (so as not to pose a danger to visitors) and into one of the forts 303 casemates designed to accommodate the fort’s artillery—including huge, 15-inch, 25 ton Rodman guns which could lob a 350 pound projectile up to three miles. While in the casemates, we also learned about the: 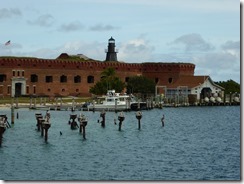 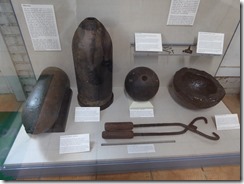 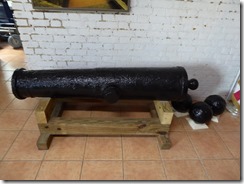 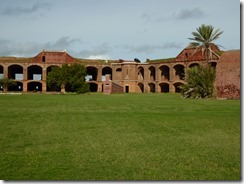 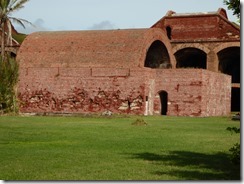 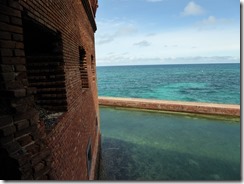 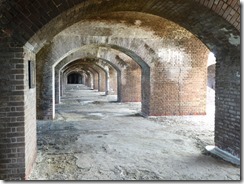 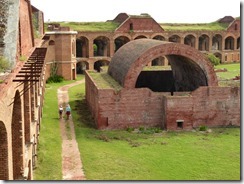 We also walked through the parade ground and saw:

We then scaled the stairs to the upper levels of the fort, learning first how the design of the stairs served as yet another deterrent to attack by limiting access to one person at a time and by making it difficult for attackers to raise their long rifles or swords while climbing.

We saw the location of the fort’s jail area, in which the fort’s must infamous resident, Dr. Mudd who treated John’s Wilkes Booth’s broken ankle and aided in his escape, who won a partial commutation of his life sentence by helping during the fort’s yellow fever epidemic. We saw a number of reproductions of the giant Rodman cannons and learned of the future roles of the fort after construction was halted before the fort was eve officially activated. It served as a coal depot and refueling center for ships preparing for or exiting an Atlantic crossing and as a customs center, before being abandoned (and stripped of all the iron that could be removed from the island and eventually, turned into a National Park. 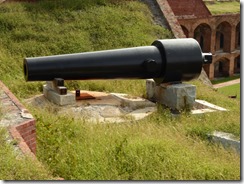 Although the fort occupies 85 percent of the entire island, the remainder of the island contains a vegetated sand bar that serves as a bird sanctuary and turtle nesting ground and off the lovely sandy shores are a coral head (very disappointing) and a large number of pilings that are now encrusted with lovely coral and are home to large numbers of fish. Overall, some of the best snorkeling in the Keys, with the possible exception of Key Largo’s John Pennecamp State Park.

What a wonderful day trip. And we returned just in time to catch the end of the Sunset Celebration and the beginning of another Duval Street Crawl.