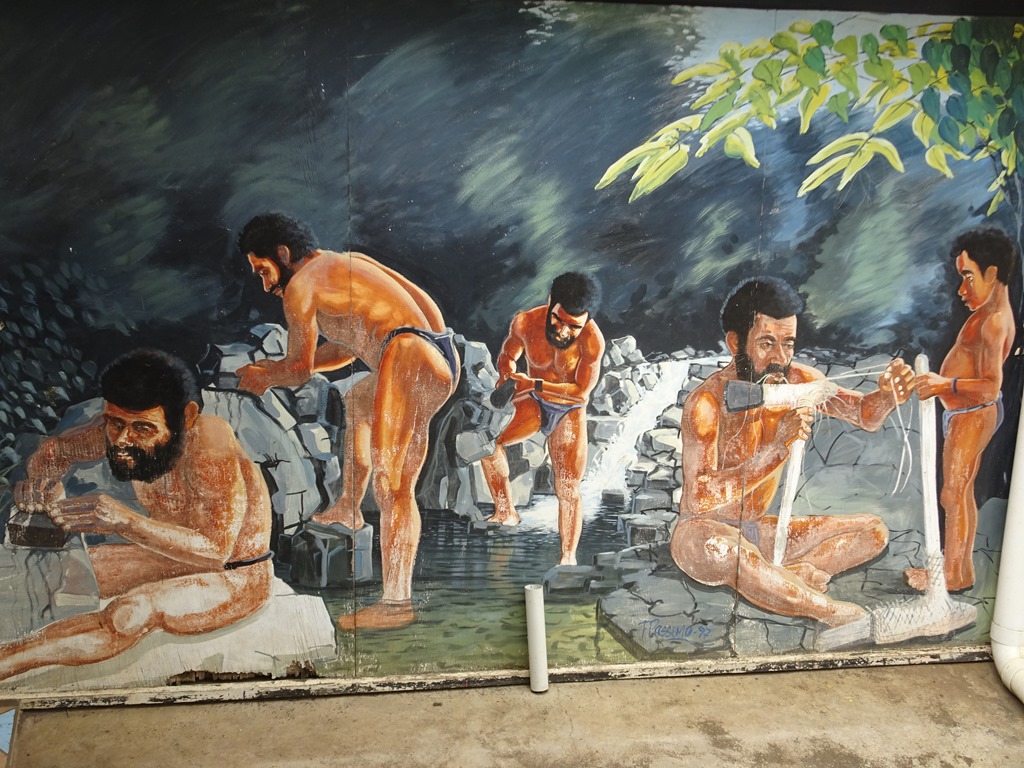 We spent most of our time in Goroka (Papua new Guinea or PNG) at the Goreka Festival (see our 2 blogs on this colorful event) . While there, however, we also had time to explore the streets and to explore a few of the city’s and the region’s sites.

The J.K. McCarthy Museum (which unfortunately does not permit photos inside the museum) provides an overview of Goroka region culture and history. The cultural component provided examples of and explained the roles of all types of native art, crafts and utensils. Some of this art, as the museum points out, is designed for decoration; some is descriptive of some aspect of nature, mythology or everyday life; and some is intended for ritualistic practices. There were examples of all of these plus a large number of products made for everyday use. Among those we found most interesting were:

Just as interesting was an extensive well-captioned photo exhibit of the early days of Western exploration and colonization beginning with photos of Mick and Danny Leahy’s exploration, initial discovery of and alluvial panning for gold in the 1940s, how that evolved to dredging (and later to mines), the relationships they established with natives, the arrival of missionaries, the establishment of Australian patrols and administration offices and the early days of Western social life in the district.

One gallery was devoted to and a discussion and display of artifacts from WW II, including discussion of representing the role of PNG patrols and infantry, as well as those of Japanese, American and ANZAC troops. Another gallery to the display of art by a contemporary Goroka area artist (where we could take pictures) 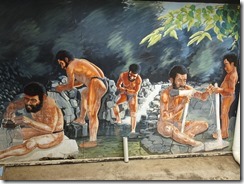 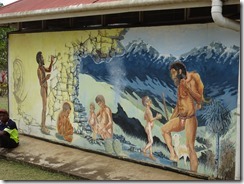 On the outside was a plane that was downed from the war.

Asaro Mudmen Village is the village where the legend of the Mudmen began. The Asaro Valley was a large, fertile land that supported about a dozen, relatively small, related tribes. A neighboring tribe, with a large number of people and relatively little land, had designs on the valley and, with its superior fighting force, took over the valley and forced the Asaro people into the hills.

Since the Asaros knew they were unable to retake their village by force, they devised a new plan. Cover themselves in mud and make the frightening helmet masks. One night, they went to the cemetery in their old village and hid until the morning. When the new tribe awoke, the Asaros began moving, in the strange steps that they use in their shows, through the morning fog, into the village. The invaders, fearing that the dead Asaros had come to life to avenge their descendants, fled the valley and the Asaros returned.

The village’s Mudmen reenacted their eerie march into the village for us and then posed for pictures (including letting Tom pose as a mudman). After that, we had a snack of traditional Asaro food; chicken with herbs wrapped in breadfruit leaves and stuffed into bamboo. This was buried in a pit with hot stones, cooked and the bamboo broken open. The chicken was delicious. We completed our visit with an obligatory stroll through the village’s market. 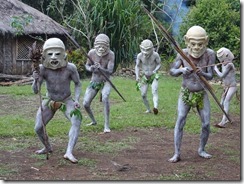 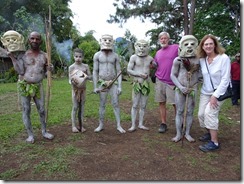 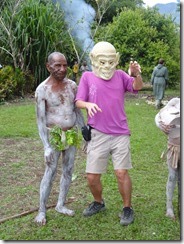 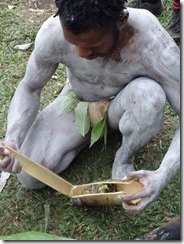 Our stop at the campus was another of those stops that seemed more designed for something to fill an hour than it was to learn about the region or its people. We spent most of our time wandering the stacks of the university library, watching workers raise a flag in front of the auditorium and driving by the dorms. True, the architecture, particularly of the library and the auditorium, was interesting, but hardly revolutionary. And with no real explanation of why were there or why it was significance, it seemed to have little significance. 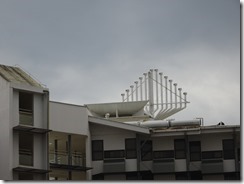 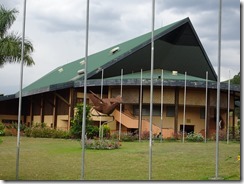 A Drive through Goroka Valley

After our first day at the show, we were taken for a two- hour, scenic drive through the countryside. We passed palm plantations, sugar cane fields and coffee trees, planted at their ideal 1,500-2,000 meters of elevation and shaded by banana trees. We passed many small farming villages and several fascinating stands of bamboo trees in which perhaps 100 trees, packed in roughly four-foot diameter circle, climbed to about 40-50 feet in the air, spreading into lovely umbrella forms. We ended at a beautiful viewpoint over the valley to the mountains, before turning around and returning to our hotel. 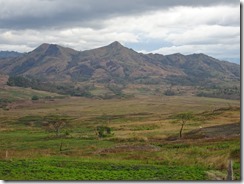 The next morning, it was off to the airport. After what seems to be the normal departure delay, we finally boarded our flight to Port Moresby, where we would catch our next flight to Manila…our last stop before we headed home