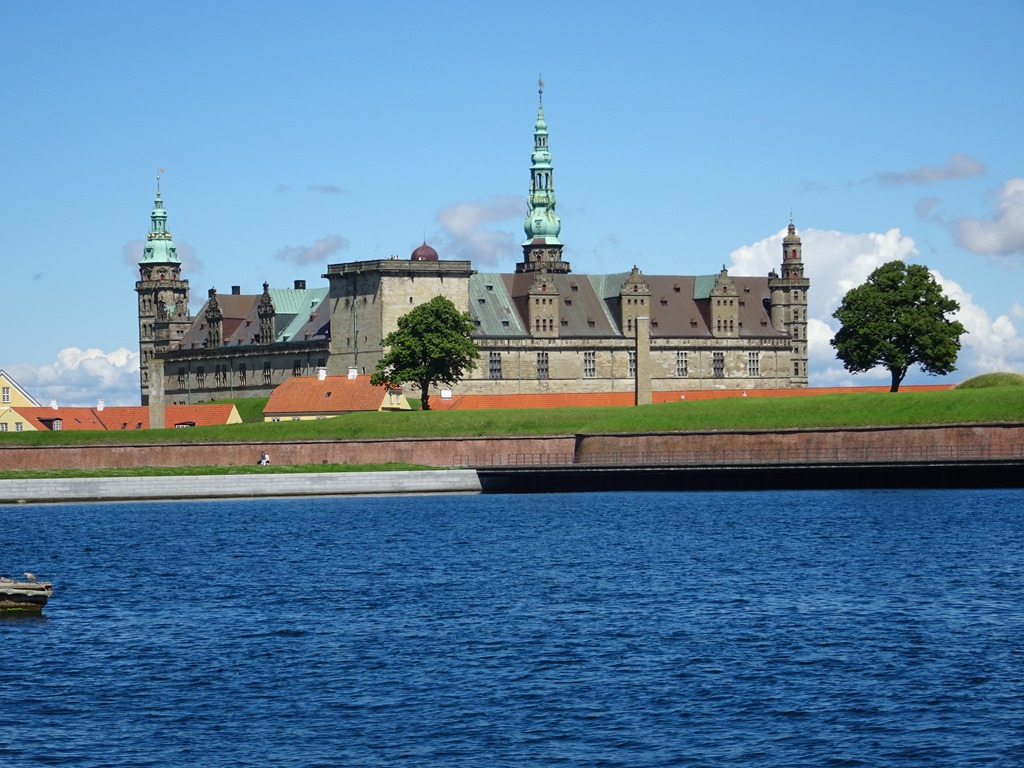 Although we spent most of our time on this Denmark trip in Copenhagen, we did take one daytrip up along the coast to the northern tip of Zealand, the country’s largest island. And the wonderful rail system makes this trip a piece of cake. Our easy six-hour trip took in two pretty and historic Northshore cities to explore Helsingor Denmark (to see the world-famous castle, Hamlet’s own Elsinor). and Humlebaek Denmark (to see the world-class Modern Art Museum The Louisiana).

Helsingor lies at the end of the rail line at the northern tip of the island and is home to a pretty, well-maintained old town with a range of architectural styles, from a 15th-century Gothic church and cloisters, through half-timber homes and pastel-colored 17th and 18th-century stores. On the day we were there, downtown was packed with shoppers (or tourists) and an international food festival in the main square in which you could buy light dishes from tents representing different countries and eat at long outside tables.

The town, however, is much better known for the huge fortress and castle that was initially built in 1200 and greatly expanded after 1429 to enforce King Eric’s “Sand Dues”, a fee that all foreign ships had to pay to pass through the straits that governed all passage into and out of the Baltic Sea. The Kronborg Castle, better known as the Elsinor Castle of Shakespeare’s “Hamlet”, is a huge, well-restored castle that has several rooms that have been restored and decorated to the medieval glory of when they were occupied by King Frederick II and his wife, Sophie. A number of other rooms were decorated in enormous 13th through 16th-century tapestries. 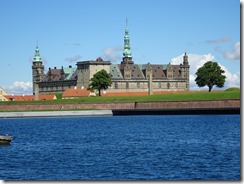 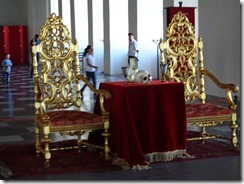 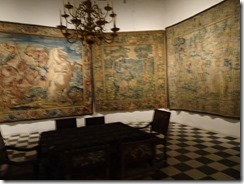 While interpretive panels explained the actual history of the castle, costumed actors, portraying some of the main characters in Shakespeare’s play (Hamlet, Claudius, Gertrude, Ophelia, the Ghost and so forth), wandering the rooms of the castle and acting out and explaining, in family-friendly fashion, some of the primary scenes. 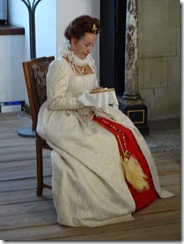 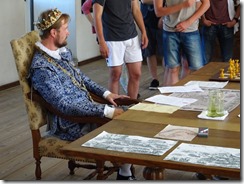 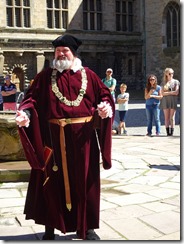 A couple of other rooms are devoted to the play itself, especially to the many productions and actors (Laurence Olivier, John Gielgud, Kenneth Branagh and others) who played the prince in plays that were staged in the castle, and the movie (with Christopher Plummer) filmed there. And, outside the castle itself, the ramparts, the cannons and the barracks themselves are all restored to their days of royal glory. 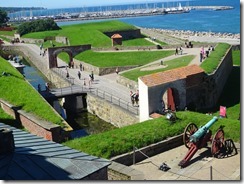 Or, if you are more interested in modern architecture and the actual history of the Sand Dues and other naval escapades, Denmarks’ Maritime Museum, in its multi-award-winning modern underground building, is right next door to the castle.

Humelbaek and the Louisiana Museum

Then, only a 10-minute rain ride from Helsingor, is the seaside town of Humelbaek. Our objective, however, wasn’t the town itself, but one of the best, most acclaimed and most popular modern art museums in Scandinavia.

The Louisiana Museum is an artistic and landscaping mecca: a world-class modern art collection in a beautiful and tranquil resort-like setting. It is a large museum and sculpture garden, with forests, ponds and wide expanses of lawn in an idyllic setting on the coast. The museum, which consists of many buildings, hosts a number of diverse exhibitions—some consisting of highlights from its permanent collection and others of temporary exhibits. 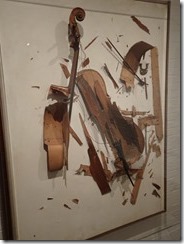 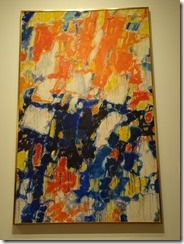 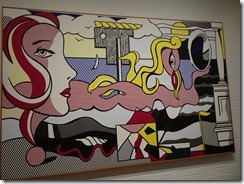 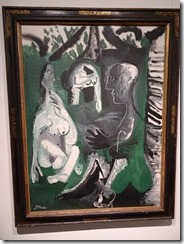 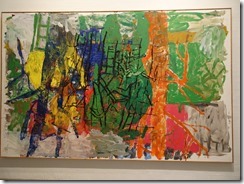 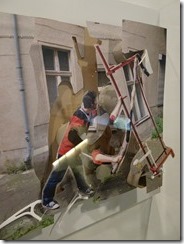 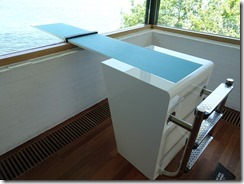 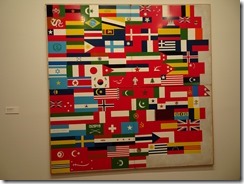 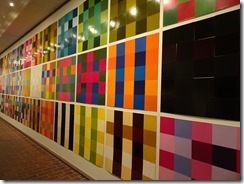 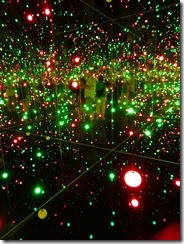 Then there were the outside spaces—large, beautiful lawns, forests and valleys through which you could take leisurely walks punctuated by a wide range of modern works, from a soothingly rounded Henry Moore nude to an angular glass and mirror box. Or if you wished to just sit ant take in the tranquility, an outdoor deck for the café, a hilly lawn on which to sit or a large modern sculpture that you could stare at, sit on, or, if you are particularly ambitious, climb and play on. And speaking of playing, there’s a large multi-room area in which children can experiment with all types of artistic enablers. 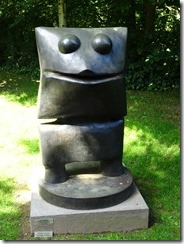 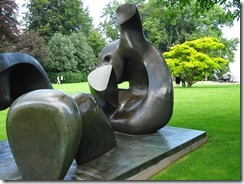 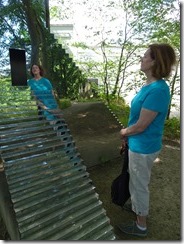 A wonderful way to spend a leisurely day or afternoon, and only about a half-hour from the city.