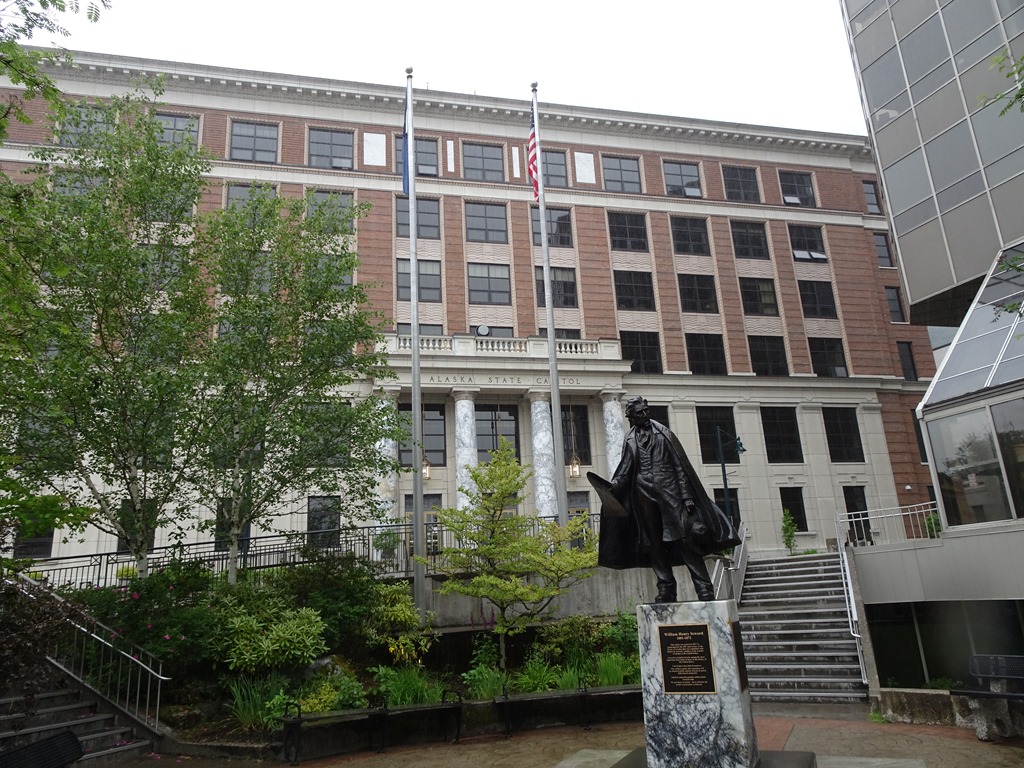 We ended a 7 day 8-night boat cruise through the Alaska Inner Waterways by disembarking in Juneau. We were last in Juneau in 2011 when we:

This trip was a slightly different experience as the cruise ships were not running at the time due to Covid. This meant that many of the stores were closed and many places to eat were understaffed or operating at reduced hours. Still, we enjoyed our time there.

We took a brief walk through the small downtown area for a quick overview of the 32,000-person Alaska capital. 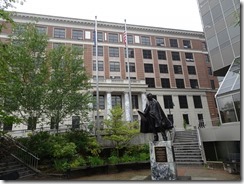 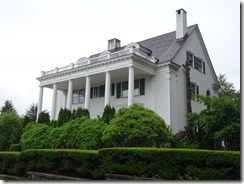 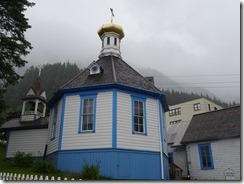 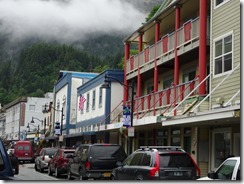 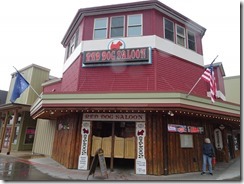 We ended up at the Alaska State Museum where we spent a fascinating two hours exploring the history of the state from the First People who migrated across the Bering Land Bridge some 14,500 years ago to the present. The pre-historic exhibits explained their lives and provided examples of the dwellings, clothing, tools, utensils, and art of not only the First People but also subsequent generations of coastal rainforest and more inland tundra clans. 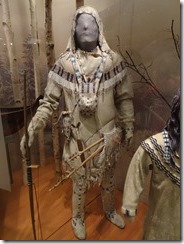 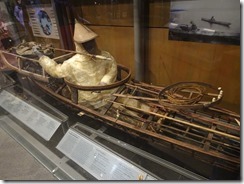 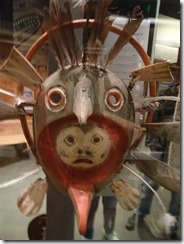 It discussed the incursions of foreigners, including:

Although Russian fur trappers and traders settled in what is now the south Alaskan coast from the mid-18th century, Western expansion into Alaska began, as discussed in our post on Sitka, began growing in earnest in 1799 when the Russian czar granted the Russian American Company a monopoly on the fur trade. While the Tlingits briefly expelled the Russians in 1802, Alexander Baronoff returned in force two years later to recapture its Sitka base. From then on, the indigenous Alaskan people have been discriminated against, enslaved, indoctrinated, killed (both by disease and violence), and assimilated by Western powers.

This began with the Russians who enslaved and otherwise forced natives to trap furs for the Russian American Company. Things did not get a whole lot better when the United States acquired the territory in 1867, placing the area under command of the army, which was often ruled by intimidation. The army allowed settlers and businesses to take native land and, contrasting with missionaries, tried to reeducate natives in English and American ways so that they could assimilate. Children were often taken from their parents to educate them in Christian schools. Nor did things get much better for the 11 years (1873-84) in which the territory was under the control of the U.S. Navy. These periods of Russian and early American rule had devastating effects on the native people and their cultures. Western diseases brought deadly diseases to a population that did not have immunity to them and high-volume hunting killed off much of the game off which they lived. The number of indigenous villages, for example, plunged from about 66 at the beginning of the 19th century to 22 by the end. Some villages are said to have lost up to 90 percent of their population during Russian and initial American rule.

This period also brought waves of commercial exploitation that depleted resources and the environment. It began with the trapping of sea otters to virtual extinction, proceeded through the plundering of the whale population, the devastation and toxic remains of automated mining, the clear-cutting of virgin spruce and hemlock forests, and continued through the late 20th century with mass exploitation of oil resources (particularly after the 1967 discovery of North Slope Oil and the 1989 Exxon Valdez environmental disaster. Since then, however, environmental rules have been significantly tightened and Alaska has created the Permanent Fund to turn what will surely be a temporary oil bonanza into a long-term annuity for state residents.

The museum concludes with a discussion of Alaska’s role in WWII, including the two-year period in which the Japanese captured and controlled the Aleutian island of Attu, and the hellish, costly battles to regain control after which all Japanese were (not surprisingly) either killed or committed suicide.

A series of other displays including those on the evolution of transportation in the state and the current role of highway, rail, water, and air transportation. It also has displays of Alaskan art, from contemporary conceptions of traditional weaving through new forms of modern and contemporary art. A very, very worthwhile way to spend two hours. 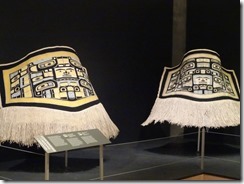 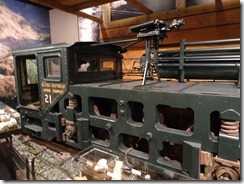 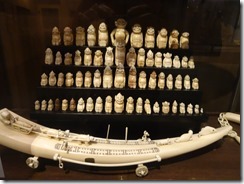 On our 2011 trip to Juneau, we also ate at the following: