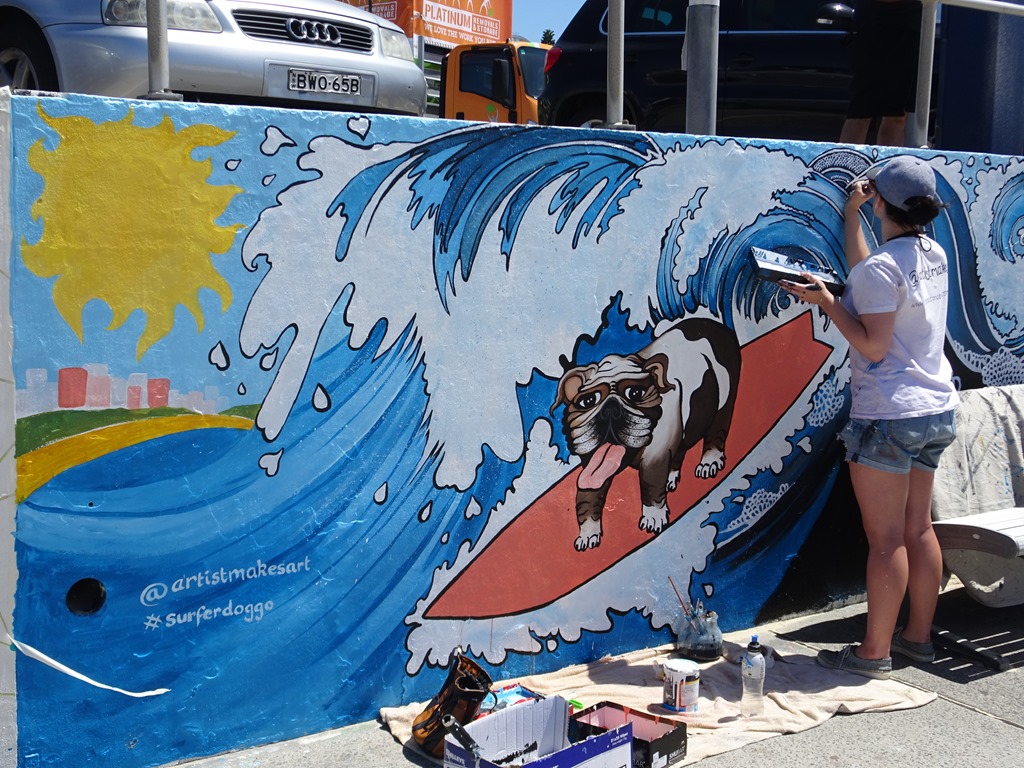 Although we aren’t beach people, we do enjoy pretty white sand beaches and seashores, especially when the shores are lined with rocks and cliff faces that the sea has eroded into fantastical shapes. Bondi and its neighboring beaches its this criteria.

We took an express bus from Sydney center to Bondi, arriving in about half an hour. We strolled the café-, beachware- and souvenir shop-lined Campbell Parade past the Bondi Hotel. Then through the historic Bondi Pavilion, built in 1928 to accommodate not just swimmers and sunbathers, but also formal balls and Big Bands. Although none the better for wear, the Pavilion still houses receptions and stage events in its theater. Next door is the Bondi Surf Bathers Club, the oldest surf lifesaving club in the country and the one that was responsible for saving 500 people on February 6, 1938–Black Sunday when rogue waves pulled thousands of people out to sea and the club, which was prepared for a surfing completion, rescued 250 people, suffering a loss of only five in what could have been a disastrous event.

The long, beautiful arc of white sand, with its sunbathers, swimmers and surfers, is still beautiful and still surrounded by eroded, rocky headlands that frame not only Bondi, but a whole string of beaches along the eastern shore. It is the place to see and to be seen. 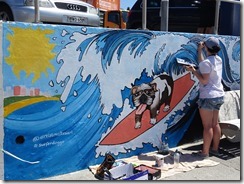 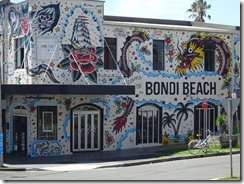 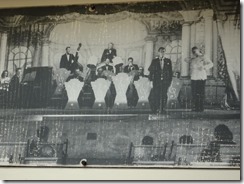 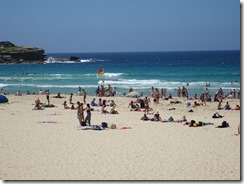 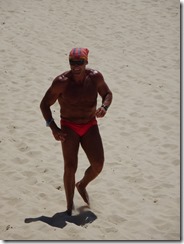 After a scenic, casual lunch (a nice fried hake sandwich and double cheeseburger) on the terrace of the Bondi Icebergs Restaurant (in a building that also houses the Iceberg Club, whose members go for a swim every Sunday in winter), we took a roughly eight-kilometer shore walk south, past several other beaches and beautifully eroded and colored headlands and rock faces to Coogee Beach.

Above the walk, dozens of pretty parks and modern, glass-clad houses optimized to take advantage of the lovely views. Below—pretty sand beaches and saltwater swimming pools, rugged and beautiful rock formations and occasional large waves crashing on the rocks and eroding more and more cliffs from below. Then in Clovelly, the shore walk, which had been damaged and closed due to a winter storm, took a detour though the middle of an ocean-front cemetery in which marble memorial monuments had million-dollar views over the shore and the sea. We then caught a bus from Coogee Beach to the city and cleaned up before trying another Sydney restaurant. 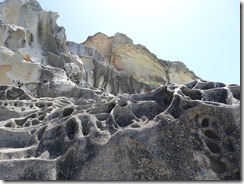 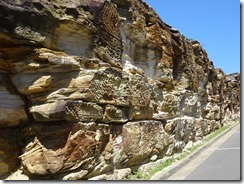 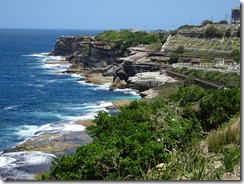 Icebergs Terrace (Bondi Beach). On a previous visit to Bondi, we ate in Iceberg’s formal restaurant. This time, we chose a somewhat lighter, much more casual option on their outside terrace, where we shared two quite good sandwiches—a fried hake sandwich and double cheeseburger—along with a glass of house pinot grigio and a Moretti beer. All while watching the bathers at the pool, the surfers and the beach below. 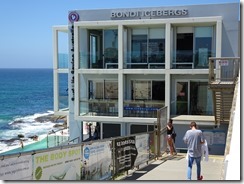 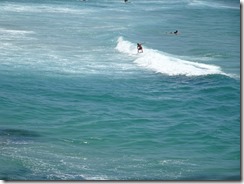