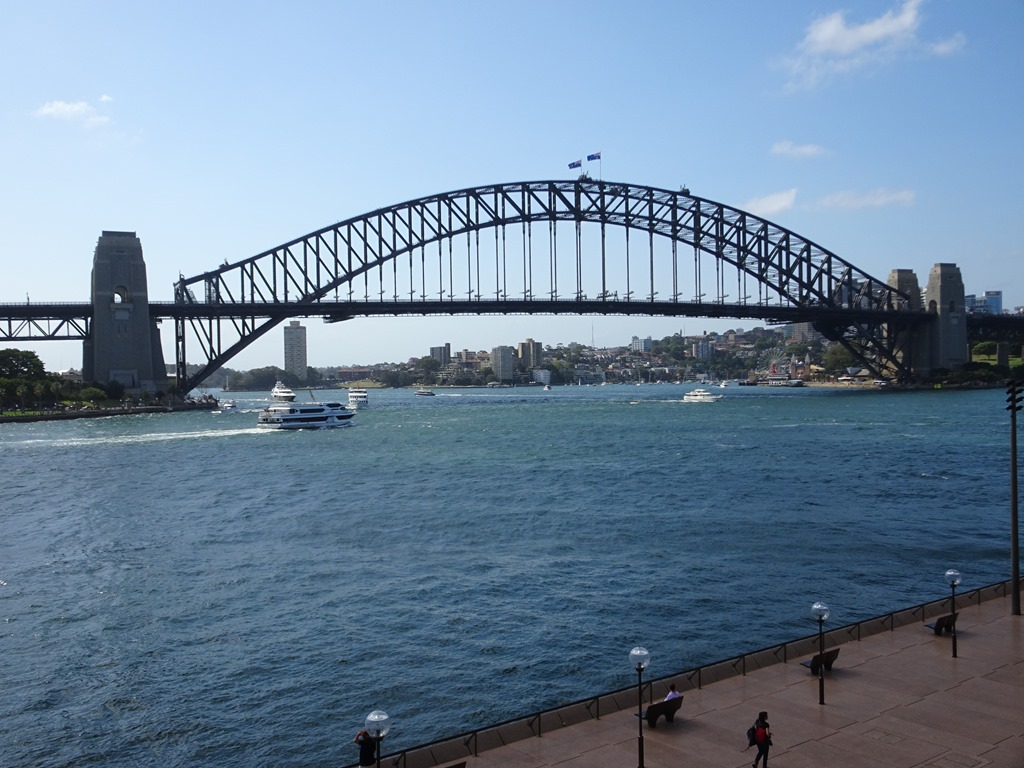 The Rocks is one of Sydney’s most popular and expensive neighborhoods. But it wasn’t always so.

The rocky headlands that once lined the harbor and from which the neighborhood took its name are long gone. So too are the original mud structures that preceded the streets and stone buildings that the convicts created. Development began along harbor and led to the creation of George Street, whose side was lined with primarily warehouses and inland side primarily with bars and shops. Sailors lived and stayed in inns, boarding houses and brothels along the lower streets, while ship owners, captains and merchants built their homes higher up the hill.

The alleyways, some of which were originally open sewers, fostered vermin and disease (sounds enticing, huh?) and, even after underground sewage was built, helped lead to an early 20th century spread of Bubonic plague, from which more than 100 people died. These same alleyways were also home to “Rocks Push”, the most notorious of the city’s gangs, and into which provocative women lured sailors to be mugged, robbed and sometimes beaten to death. And when the gangs weren’t out, packs of wild dogs sometimes were.

Such incidents forced business and families to leave the neighborhood, moving further up George Street and surrounding areas. It also led to repeated calls from citizens and politicians alike to tear down the slums and replace them with the type of modern buildings that were sprouting throughout the city. The city did tear down and replace more than 100 buildings in the early 1900s—a process that was ended by the outbreak of World War I. Another major tear-down effort got underway in the 1960s, when politicians and business leaders agreed on a plan and began work.

Not everybody, however, was behind the plan. The Builders and Laborers Federation argued that the historic buildings should be preserved and renovated, rather than destroyed and replaced by soilless concrete monoliths that would displace current working-class residents. The Federation’s members refused to work on demolition projects and blocked the efforts of third-party organizations to do so. The so-called “Green Ban” was aggressively supported by The Rocks residents and preservation groups and the city was eventually forced to relent.

Today,  The Rocks is the home of much of what is left of the city’s historical legacy. While some of this legacy can be seen from the exterior of the totally renovated buildings, much more is preserved in historical placards and museums including the Rocks Discovery Museum and the Susannah Place Museum, both of which are discussed in the Sydney Museums post.

However, the city is struggling under the financial burden of maintaining many of the city-owned terrace apartments that it currently rents to lower-income families at subsidized rents. This financial squeeze is particularly vivid given that the same type of apartments, when renovated, often sell for well over $1 million. The city is, therefore, now trying to evict some current long-time residents and sell the units in a rapidly gentrifying neighborhood. Not surprisingly, protest signs are again appearing in local windows.

Among The Rocks most important and historic structures and streets are: 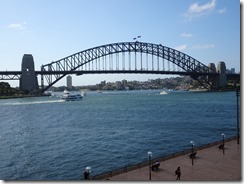 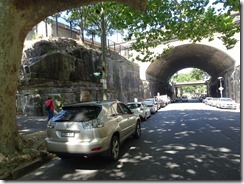 Among the neighborhood’s many historic buildings are: 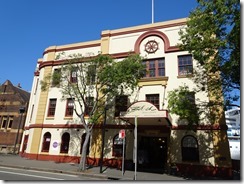 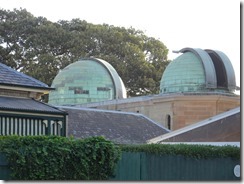 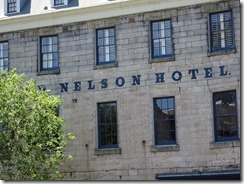 The human side of the community can be witnessed in the large, often filled restaurants and bars, such as MUNICH and those in the Argyle Stores. It is also evident on Saturday afternoon when the center of neighborhood is turned into a large craft and artisanal food market. The saw well over 100 booths, including a couple with products that we seldom see at such markets. These included one in which you could design your own lamps with combinations of different color, translucent plastic bands and another with a large selection of dukkah mixes, a few of which we just had to take home. 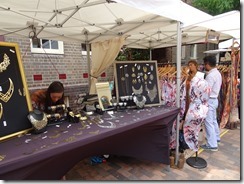 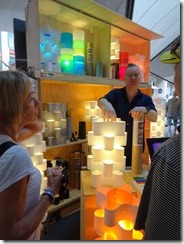