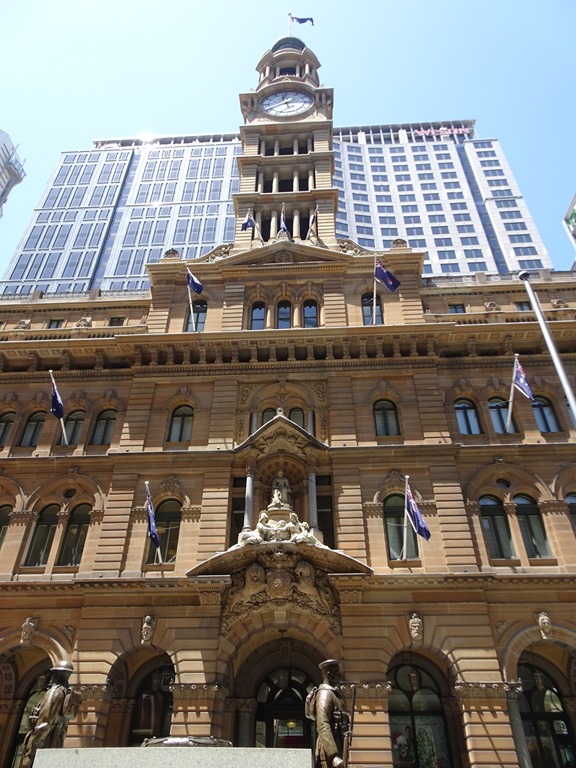 Sydney’s CBD is a compact section that is filled with post-mid-century buildings (after a longstanding height restriction was suspended). It evolved from mud huts of the late 18th and early 19th century to grand Victorian buildings of the mid-to-late 19th and early 20th centuries. Among the most noteworthy of the surviving structures are: 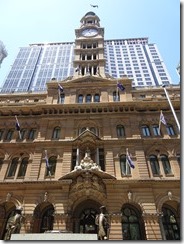 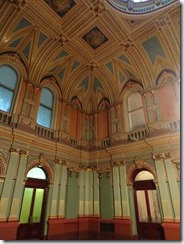 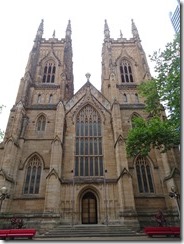 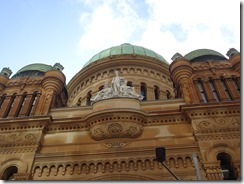 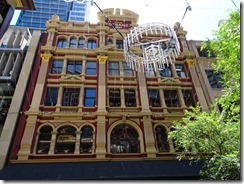 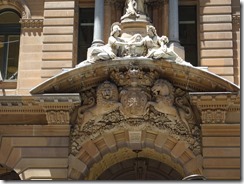 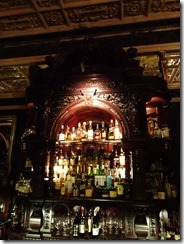 While these grand structures literally cower in the shadows of a sea of skyscrapers, one tower, for better or worse, stands alone: that is the 1970’s era Westfield shopping center that is topped by the Sydney Tower, a 309 meter observation tower that is topped with a nine-level, gold dust-coated observation deck and restaurant, a 162,000 liter water tank to reduce shaking and stabilize the tower, and capped with a 30 meter spire.

Beyond the shopping malls (Queen Victoria Mall, Westfield Mall, Pitt Street mall and the underground shopping mall that connects the three of them) lies a pretty mid-city park that, when it was originally designed, marked the outer edge of the city. It contains 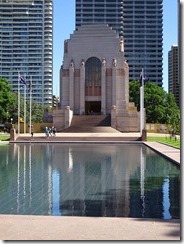 Beyond the history and history of the city’s landmark buildings and commercial towers, the city also has a scattering of public art. Some of these pieces exemplify the city’s reputation for seriousness, in contrast with the more spontaneity and sense of humor in Melbourne’s public art and Art Lanes. Examples include: 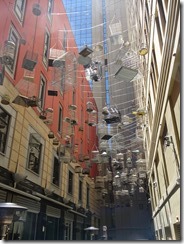 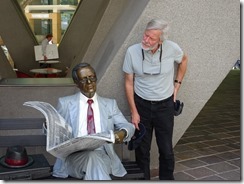 Even in Sydney, however, some of the public art is quite tongue in cheek. Take, for example, the sculpture in the middle of an intersection beneath a steep cliff side in The Rocks: A red sports car that sits crushed under a boulder with a painted face.

The city is taking another cue from Melbourne, as by authorizing the opening of small, increasingly quirky and funky bars in its laneways.

We decided to end our Sydney stay with one more dim sum lunch. After checking menus of a number of Chinatown restaurants, we decided to return to New Shanghai where we had four dishes. Crab meat and sweet corn soup was disappointing. Although it had the anticipated consistency and some corn taste, the few crab pieces that were large enough to actually taste were old, and on the verge of turning. We were, however, very pleased with the three types of dumplings: Prawn wontons with chili sauce and peanut and sesame sauce; steamed pork soup dumplings; and lamb and leek dumplings. We washed this meal down with jasmine tea.