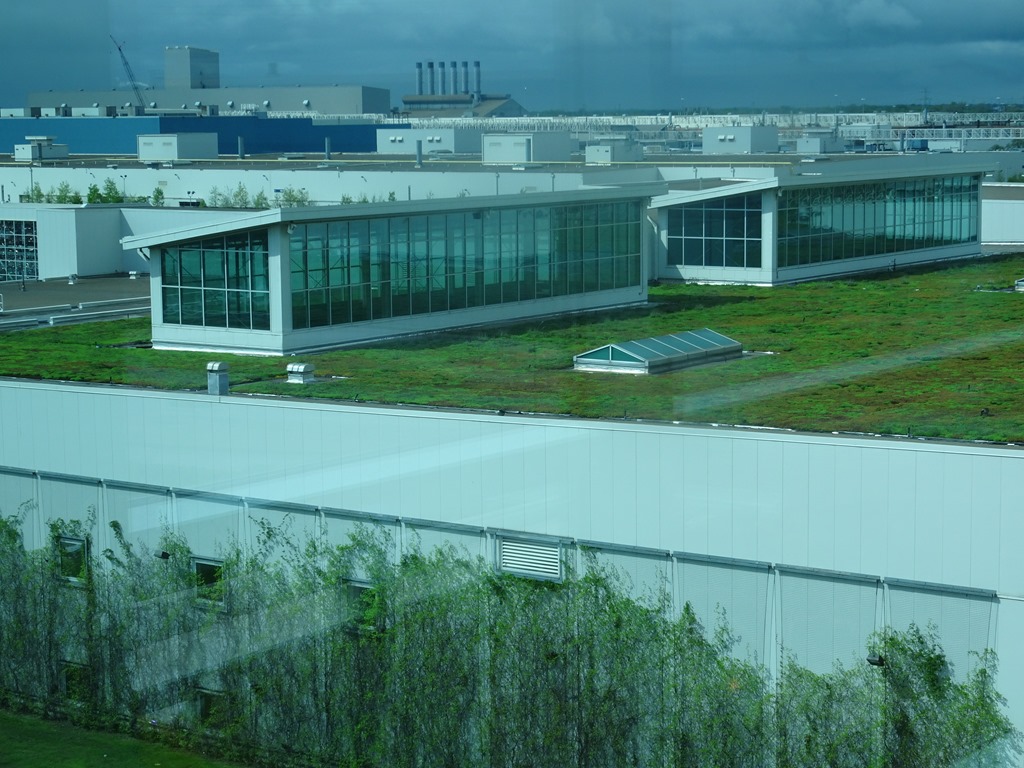 While we were in Dearborn Michigan we took a tour of the the cutting-edge Ford plant at which its F-150 quad-cab ford trucks are assembled.

The tour began with a historical film that traced the 1903 founding of the huge, fully vertically-integrated River Rouge complex that contained everything from its own steel, glass and rubber manufacturing plants, to the first large-scale (1.5 miles long by 0.5 miles wide) moving industrial assembly lines. It explained how the factory slashed the time required to assemble a Model T from 12 hours to 93 minutes. It explained the rationale and effects of Ford’s bold decision to pay his workers the then unheard of sum if $5 per day. It talked about the impact of the Depression on the company and the need to cut employees and wages and the fateful 1937 “Battle of the Overpass” during which Ford-employed Pinkerton thugs attacked striking workers and eventually led to the creation of the United Auto Workers.

We then went into another auditorium that provided a glitzy, multimedia promotional show that used lasers, strobes, smoke and shaking seats to demonstrate the inspiration, design, engineering, assembly, quality control and shipping of the F-150. It emphasized Ford’s reliance on customer feedback in the design of new products, its commitment to engineering, the team-based assembly of its trucks and its shift from a build-to-stock system of production to a build-to-order model in which it can produce, ship and deliver a truck with exactly the features required by the customer. It now produces these trucks at a rate of 1 per minute (600 every 10 hours) and can go from initial order to actual customer delivery in 7 days. The production also teed off a discussion of the company’s current focus on sustainability, which was expanded upon in the next stop of the tour.

We then went to the top-floor observation deck from which we could see much of the complex, the staging area from which trucks are prepared for shipment and on to downtown Detroit’s Renaissance Center. The guide explained many of the company’s sustainability initiatives, showing us the acres of green roofs that now cover the complex. She explained how these roofs save energy by insulating the buildings (making them about 10 degrees cooler in summers and warmer in winters), convert carbon dioxide to oxygen, absorb some of the rain and snowfall and channel much of the remaining water to cisterns where it is recycled. She also described the company’s new vehicle painting process where paint fumes are captured and the hydrogen gas is used to power fuel cells that help power the facility.

From there, we went down to a catwalk overlooking part of the assembly line. The “tour” was largely self-guided. The walkway had signs that, in a few words, told the function of the operation. More helpfully were the occasional panels hat explained particular facts and especially the two guides that we met along the way who answered some of our many questions. We, learned, for example, that:

The factory tour ended with a walk through the Ford museum which displayed and explained such iconic Ford vehicles and innovations as the Model T and Model A, the first powerful and efficient V-8 engine, the sleek new models that Ford began producing after the war, the sporty Thunderbird and classic Mustang (more than half the original buyers of which were under the age of 34, and half were surprisingly, women).

Although this was certainly an interesting tour, it was generally less educational and overall, somewhat less impressive than the Toyota plant we toured in Nagoya Japan.

Pictures were only allowed showing the outside of the plant. 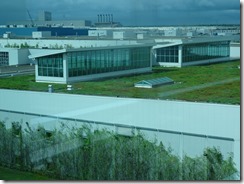 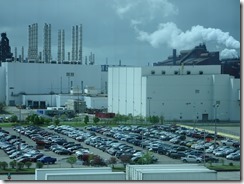 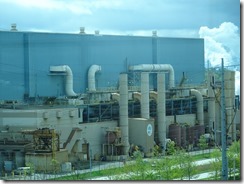