Ghent is an easy day trip from Brussels. The city was built on the basis of textiles. As a major trading center in the Middle Ages, it built a grand city center to celebrate and demonstrate its position and wealth. It continued being prosperous through the mid-17th century until the Dutch closed the canal that fueled the city’s fortunes. While Ghent suffered about two centuries of diminished fortunes, it reinvented itself around another aspect of the textile industry in the mid-19th century when it emerged as a major center for spinning cotton into cloth. It continues as a textile center to this day, but has diversified its economy by becoming an education center with about 18,000 students, and as a tourist center.

Our tour began in the center of Old Town. It is surrounded by three churches, each built by a guild that demanded its own church and sought desperately to outshine the others. These churches are: 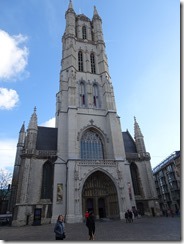 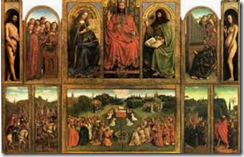 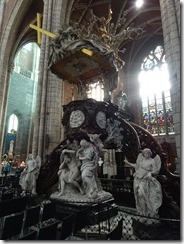 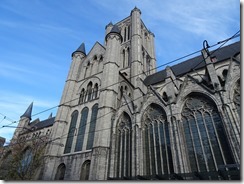 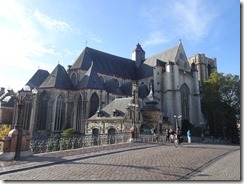 Other buildings around the main square include: 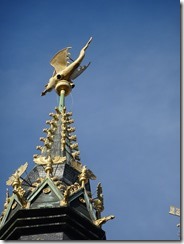 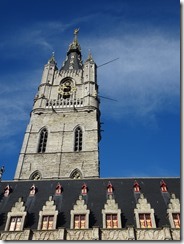 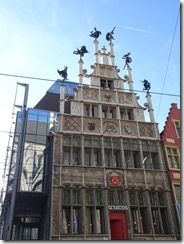 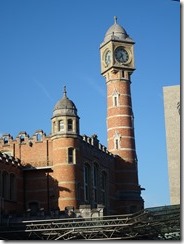 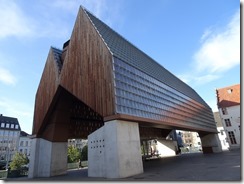 Several other fascinating buildings are located within a kilometer or so of the Old Town Center. Among these are: 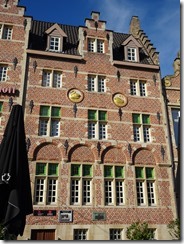 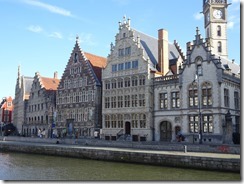 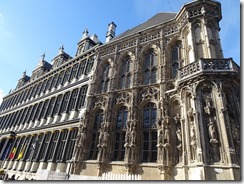 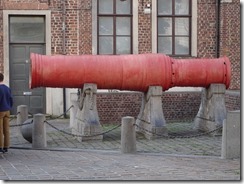 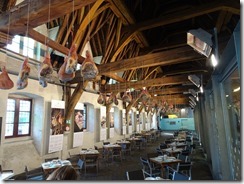 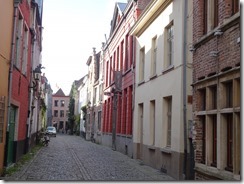 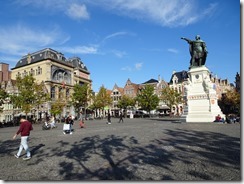 Restaurant Du Progres was our lunch place during this day trip. Our anticipated fast meal turned into a very long wait for our food. When it finally arrived, both dishes were fine. These were a chicken fillet with mushroom sauce and a vol-au-vent with chicken, mushrooms, and small meatballs in cream sauce with puff pastry. Both came with much welcomed salads and of course, Belgium fries. Tom took advantage of lunch to sample another Belgian beer–a local Delerium Tremens blond beer.