We had two primary reasons for spending a day in Grand Rapids—the Gerald R. Ford Museum and the Frederik Meijer Gardens and Sculpture Park. This left us just enough time to explore an additional, optional stop for a tour of Frank Lloyd Wright’s Meyer May House.

The museum took us through Ford’s entire life, beginning with his birth as Leslie Lynch King, Jr. His mother left his abusive father two months after her son was born. While his stepfather Gerald Rudolf Ford never formally adopted him, the son did change is name to the man who brought him up. According to the museum, Ford was the classic, All-American Boy: Eagle Scout, honor student, star of his high-school football team, most popular boy in his school class and on his team, hard worker and team player. 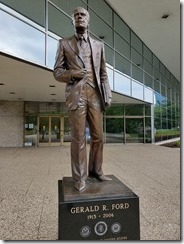 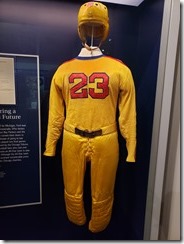 His grades and football skills earned him a University of Michigan scholarship, where he went on to join a premier fraternity, become an honor student and All-American center on the football team. He received offers to play with both the Detroit Lyons and Chicago Bears. His interests, however, leaned more toward law than football. He graduated from Yale Law School, after which he returned to Grand Rapids to practice law.

While initially against America’s participation in the war, he joined the Navy after Pearl Harbor and rose to lead one of his ship’s anti-aircraft batteries.

After the war, he returned to his law practice. After his first loss in a run for Congress, he won his second try. During this second race, he married Betty Bloomer, a model who trained with (but did not officially dance in) the Martha Graham Dance Company.

Ford served in the House for 12 terms, working on the Appropriations Committee (where he learned the details of the federal budget and the budgeting process), before rising to Minority Leader. Just as he was planning to retire, Nixon selected him as Vice President to replace the disgraced Spiro Agnew. Less than a year later, Nixon was forced to resign and Ford, without ever aspiring to or running for national office, became president. 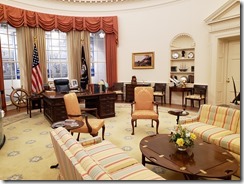 As President, he fell into a number of difficult positions including an inflation rate that was running at 12 percent, an OPEC oil embargo, an economy falling into recession, difficult relations with the Russians, a Democratic House and Senate and a press corps steeped in the tactics required to deal with the Nixon administration. And then there was what turned out to be the most controversial decision of his presidency—whether or not to pardon Nixon (which he decided to do in the name of national healing).

Most of his other actions were more favorably received. These included an economic stimulus package, a long-term program of budget cuts (which entailed 66 Congressional vetoes, all except for 12 which were overridden), negotiation of the SALT II Nuclear Treaty (which was signed after he left office), the Helsinki Accords (which reduced Soviet-American tensions), the passing of government Sunshine Act (designed to improve trust in government) and a general spirit of openness and accommodation with Democrats, the press and interest groups which had been effectively shut out of the previous White House.

The economy, and probably Nixon’s pardon, however, dogged his term in office and his reelection process. Once down by 28 points to Carter in the polls, the election was close (2 points), but he still ended up losing.

Ford died in 2007, followed by Betty in 2011, leaving a legacy of decency, humanity, humility and probably one of the best possible men to help the country heal from the trauma of the 1960s and early 1970s.

The park is a huge, 168-acre art, botanical and music complex. Sculpture dominates much of the park, with an indoor display, a rooftop sculpture garden, a huge beautifully landscaped sculpture garden with works by artists including Rodin, Calder, Oldenburg, Hedennri Moore, Mark de Suvero and a number of lesser known sculptors with fascinating work, such as Roxey Paine’s “Neuron) and Nina Avaru’s “American Horse”. 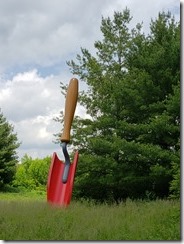 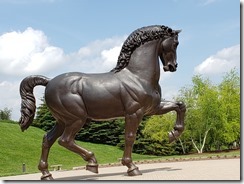 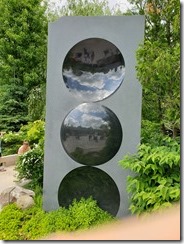 While many of the sculptures were indeed lovely and interesting, the landscaping (especially the waterfalls) were especially intriguing. 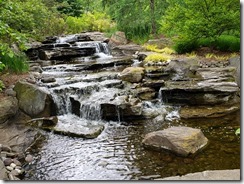 The park had much more than sculpture: 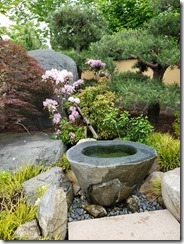 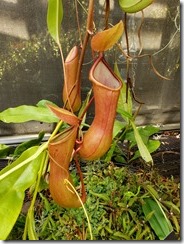 Wright’s first commission in Michigan was also the end of his Prairie Style work. The house resulted in a work that was, in most ways, classically Wright and Prairie style, but with a few notable differences from his typical work. This included the Mayan-style decorations on the front of the house, the vertical art glass windows in the back and his accommodations to his short (5’4”) client by reducing the scale of his building.

Located in the Heritage Hill area of the city (currently designated the Heritage Hill Historic District), it was the only Prairie Style home in an otherwise Victorian neighborhood. Also out of character is that most of the furniture was designed not by Wright, but by an associate, whose chairs and benches look much more comfortable than those of the master. The home also has many more Wright-designed windows and skylights than most of his homes, with roughly 115, not to speak of an uncharacteristically plain picture window through which neighbors could see into the living room. This room also had a couple of features that appeared to be tailored to the Jewish patron, with a reading table that is thought to have a spot for the family’s Torah and windows whose designs may (or may not) have suggested a menorah.

The dining room, meanwhile, was classic Wright, with a table with Wright-designed lights at each of the corners and very formal Wright straight-back chairs. The stairs, which were lit by the uncharacteristically vertical windows, led to three family bedrooms plus a morning room and generously sized suite of rooms for the maid. While these rooms were pretty classic Wright, the home, one of the first in the area with electricity, was also certainly the first with a built-in central vacuum cleaner. The bathrooms also had some interesting touches, such as a tub with a faucet whose water entered through the drain spout, and a separate stand-up shower (in the master bath only) with a system that allowed the occupant to set the water to the preferred temperature before one entered. 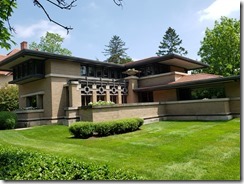 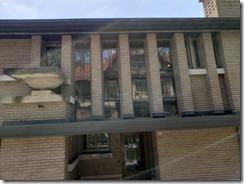 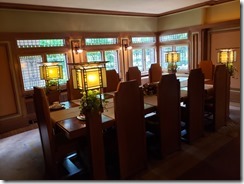 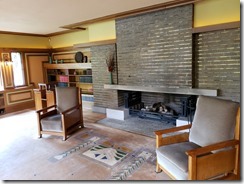 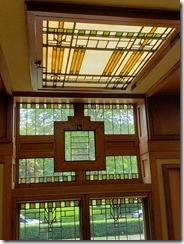 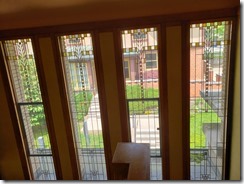 We also took a ride through other sections of the historic district, seeing a number of its grand Victorian homes, including the Voight House, which now serves as a museum. 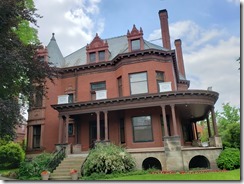 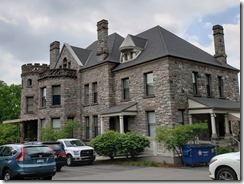 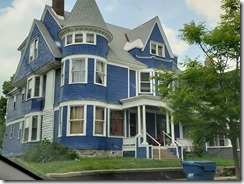 We had two meals in Grand Rapids:

Terra for lunch. We shared a mushroom pizza with a mix of wild mushrooms, goat cheese and roasted kale, and a grilled gouda cheese sandwich with caramelized onions, garlic-herb cream and bacon. Both were tasty, although, as we discovered, we would have been satisfied with the pizza alone.

Our dinner consisted of two appetizers, an entrée and a dessert—along with wine from a very nice list. We began by sharing two appetizers, sautéed wild foraged mushrooms (especially morels and less interesting hawk wings) with garlic, shallots, white wine, herbs and toasted baguette slices; and potato and gouda pierogi with walnuts, creamed leaks and pea shoots. The main dish was a somewhat muddy-tasting lake trout with creamed spinach, roasted asparagus and crispy ramps. Our dinner wine was 2013 Forty Six Diamonds Willamette Pinot, a renamed, private-label version of Domaine l’Endoye. For dessert, we had a very tasty French Toast Crunch, consisting of caramelized brioche with white chocolate, roasted yeast ice cream and sesame. This with glasses of a Moscato d’Asti dessert wines.

And since it was a Thursday night (we needed some type of excuse), we stopped for a couple drinks at One Trick Pony, a music bar at which the evening’s entertainment consisted of a folk/country singer, guitar and harmonica player who interspersed his songs with interesting music stories and trivia.