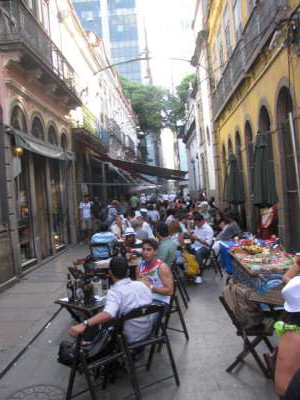 Our Central Rio experience was defined at least as much by who we met, as by what we saw. After seeing a couple of the major sites and having a snack at the wonderful Cocinelle French Bistro along the restaurant-lined, table-filled Travessa do Conercio, we went to the National Theater and the Museo Nacional de Bellas Artes. 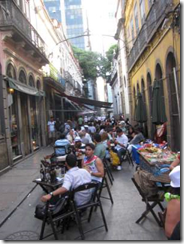 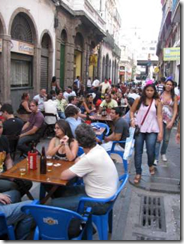 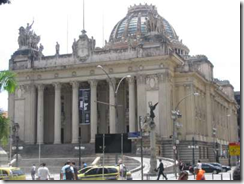 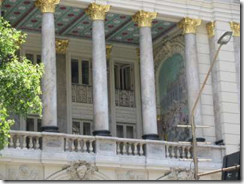 Although we were certainly disappointed to find both closed and surrounded by fences in preparation of a week of celebration in the square across the street, finding them closed turned out to be the best thing that could have happened to us. While we were standing outside the museum plotting our next move, we were approached by a gentleman offering to help. After speaking for a while, our new friend George offered to show us some of Central’s most interesting sites. He ended but being our tour guide for the next four hours, taking us to places we would have never, ever found on our own.

Rio has a long history. Founded in 1500 and a colony of (not to speak of temporary capital of) Portugal through much of the 1800’s, it still has traces of colonial architecture and some incredible churches that date back from the 1600’s. Although many of these buildings have been torn down to make way for high rises, there are samples of lovely old buildings throughout the Central district, from office buildings, to commercial establishments to landmarks, such as the national theater. 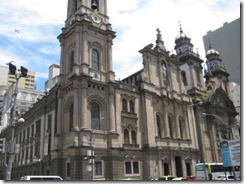 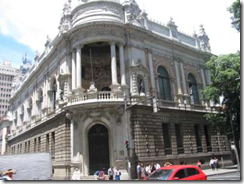 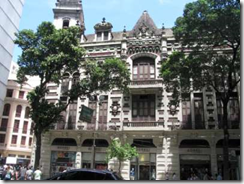 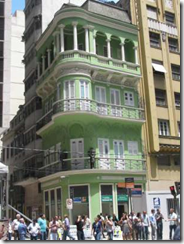 The samples are particularly rich on Carioca Street. 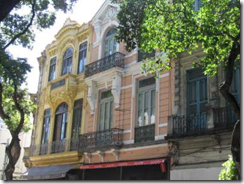 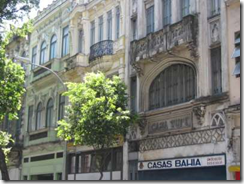 Among the most beautiful of these buildings, particularly from the inside, are some of the colonial-era churches. Some, especially the Nossa Senhora da Candelaria and the Mosterio de Sao Bento, with their elaborate alters and sculpted, gold-painted interiors are downright awe-inspiring. 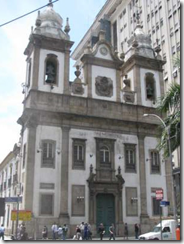 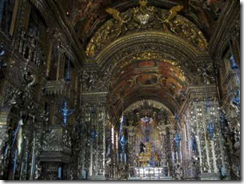 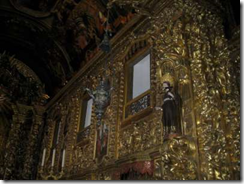 There is, however, more to Rio’s colonial architecture than churches and building exteriors. The Confeiteria Colombo (Columbo Tearoom), while not much from the outside, has a magnificent interior. 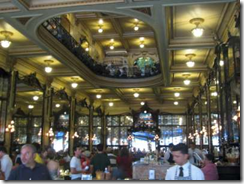 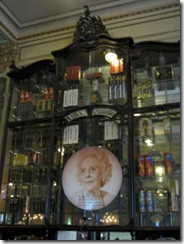 Not all of downtown Rio is colonial. Many of the old structures have, as mentioned, been torn down to make way for symbols of modern capitalism, such as banks, corporate headquarters and the interesting cubic construction of the headquarters of oil giant Petrobras, Brazil’s national oil company. 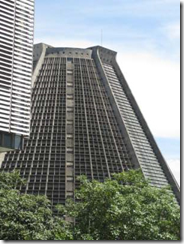 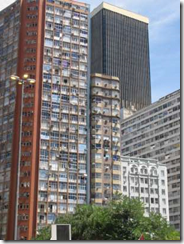 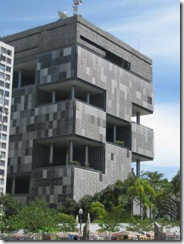 Not all modern buildings are monuments to capitalism. One is a monument to Christ. The Catholic church contracted Brazilian architect Oscar Niemeyer to design a new national cathedral, the Cathedral Metropolitana. In typical Niemeyer style, he broke all the rules with an amazing monument that separates the steeple from the church, creates a cathedral of light with floor-to-ceiling stain glass strips and redefines the image of St. Francis as a semi-abstract figure, holding one of his iconic birds. 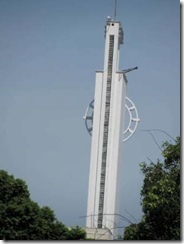 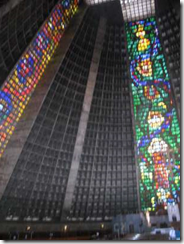 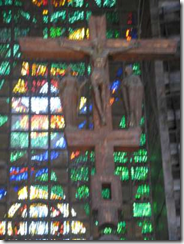 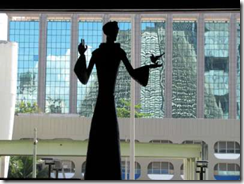 Our tour ended at the beautifully renovated Centro Cultural Banco do Brazil. The original Bank building that has been transformed into a cultural center with art exhibits, lecture halls, performance theater, movie archives, and, befitting its history as a bank; an exhibit of old Brazilian coins and banknotes, Banco Do Brazil’s founding documents and reconstructions of bank offices and the president’s office. The backstreets outside the Banco were almost as interesting as the interior. 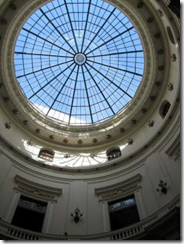 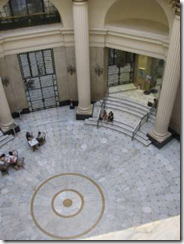 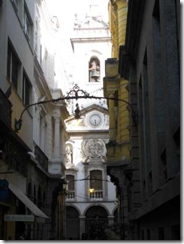 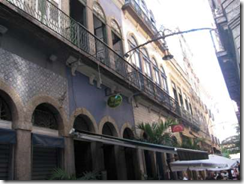