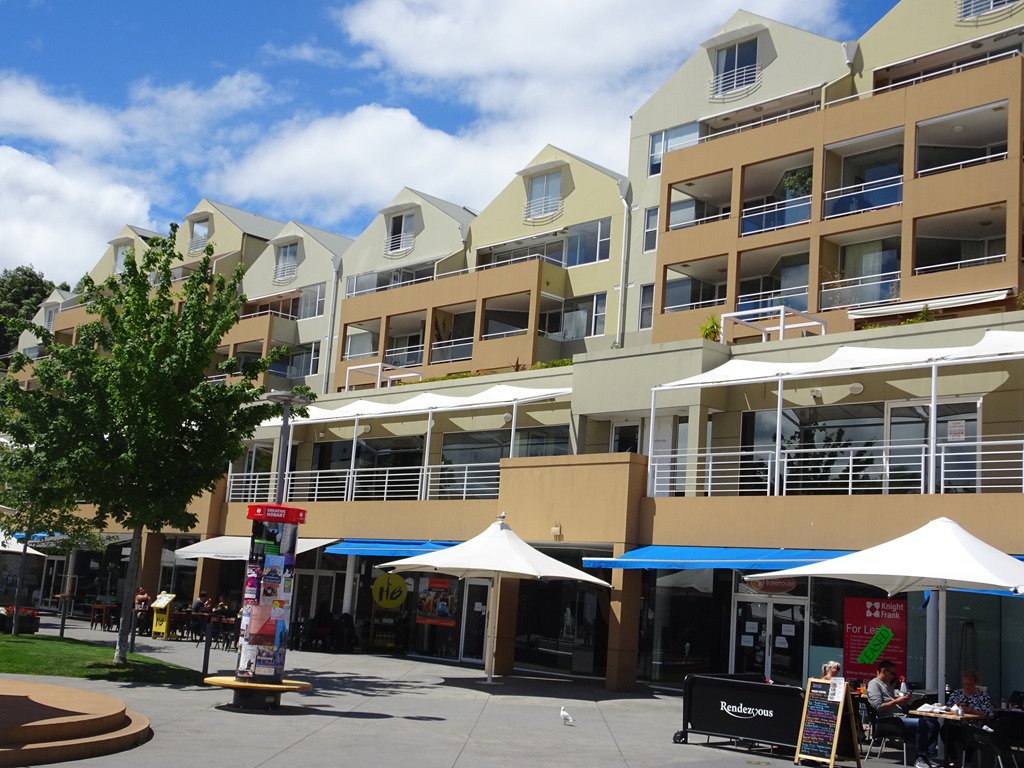 From Port Arthur Tasmania, we drove to Hobart, the capital of Tasmania.

Our first stop was Salamanca Place, a complex of rehabilitated limestone warehouses. Artists initially reclaimed and rehabilitated the area. Today it houses the Salamanca Art Centre and dozens of galleries, restaurants, cafes, and crafts stores filled with locally produced goods (wood-carved items, jewelry, knitted woolen goods, prints, photos, and so forth). The back of the complex contained a large courtyard and a modern residential and commercial complex that, interestingly contained The Salmon Store, a retail outlet (owned by the Tassal salmon fish farm) that sells everything salmon—fresh, frozen, smoked, recipes, cooking utensils and so forth).

The wharf and dock area, meanwhile, have been similarly resurrected into a tourist complex, complete with local crafts stores, local wine stores, tourist information booths, and of course, with many restaurants. 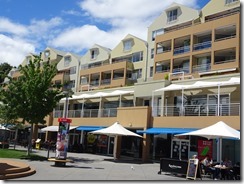 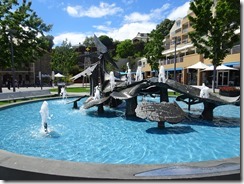 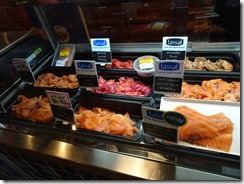 While the city has some impressive 19th-century buildings are located throughout it, the state Parliament House, Theater Royal, and Anglesea Barracks are particularly notable. The Battery Point residential area, on a hill behind Salamanca Place, is home to a particularly nice collection of historic, limestone homes, such as the grand Murdoch House, and its own business and gallery section.

An interesting name for a museum and an interesting museum to visit. MONA is part of a huge, modern suburban entertainment complex that includes a winery, a microbrewery, a cinema, a restaurant, a café a few bars outside pavilions, and private event spaces. And the preferred means of visiting is to take MONA’s own upscale private yacht from Hobart to the complex.

There is a good reason why neither the name, the website nor the promotion materials explain what one can expect from the museum. It is inexplicable. Although we have been to many museums throughout the world, MONA was a unique experience. You enter the museum by walking down several floors on a seemingly endless circular staircase. When you reach the ground, you find a bar and a hallway lined with overstuffed casual chairs surrounded by rough-hewn limestone walls. Walking further in, you reach the first exhibit—a fascinating water sculpture that showers drops down the wall in patterns that, when first released, spell out words that quickly dissipate and the waterfalls further. While you initially search for meaning from the steady flow of words, you soon realize that there is none—it is just a random string of words gleaned from the internet and ejected from the computer-controlled jets as specific patterns of drops. 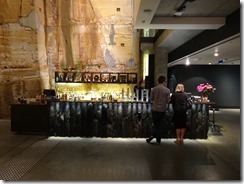 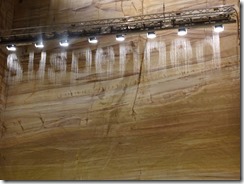 This led to a gallery dedicated to special rotating exhibits. When we visited, the special exhibit was the grandly titled “On the Origins of Art”, which contained gallery after gallery of modestly curated exhibits that seemingly randomly interspersed ancient sculptures, tomb figures and sarcophagi with ultra-modern installations and videos, with artifacts from the 19th century, such as newspaper comic strips, a Keith Haring poster and a copy of a Dr. Seuss book. 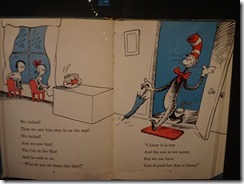 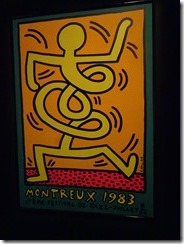 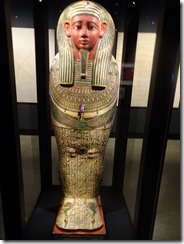 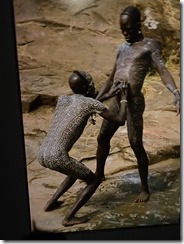 Then there was another small gallery that was devoted to a single, small piece: The classic Japanese woodprint, The Great Wave, with Mt. Fuji in the background. How did all of this elucidate the origins of art? We haven’t the slightest idea, but we enjoyed the discovery and the thought process. 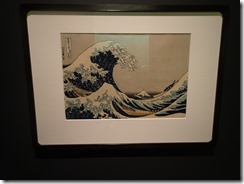 The second and third floors (essentially the first and second basements) contain an equally eclectic mélange of pieces from the museum’s permanent collection: A wild concoction of old paintings and sculptures with ultra-contemporary pieces and full-gallery installations. Among those, we found particularly intriguing was “Artifact” a supersized bronze head, laying on its side with a window into the brain in which a strobe light illustrated hundreds of different images connected by wires. Then there was the wall of 71 plaster-cast vaginas—each very different from the others.

“Cloaca Professional”, meanwhile, is an automated system that seems to portray the automated feeding and defecation of some type of arbitrary liquid lifeforms contained in large flasks connected by tubes. And another less puzzling “Fat Car” is a full-size plastic replica of a red Porche Carrara in which the size of every shape and contour was exaggerated, as by forming each with a stuffed cushion. And finally came the piece-de-resistance (or perhaps it wasn’t): the room-installation “Death Gallery” for which each visitor had to read a multi-point warning statement before entering. 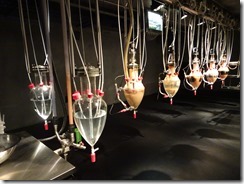 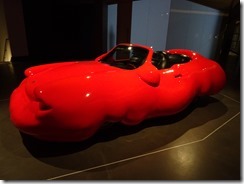 The privately-owned museum was clearly a work of passion of a wealthy man with a unique vision of art and how best to display it. Is it everyone’s taste? Clearly not. You have to approach it with a very open mind. You will love some of the pieces, hate others, and be totally confused by others. One thing is for sure: a visit to the MONA will help you see art, and the juxtaposition and intersection of old and new art in a very different way.

We stayed at The Old Woolstore Apartment Hotel. As its name suggests, it is an old wool manufacturing building that has been turned into a hotel.  Unfortunately, the parking lot is small. An auxiliary lot was a ways away but fortunately, we found street parking closer to the hotel. Although it claims to be more, I’d rate this as a 3-star hotel. The rooms were OK, not great. The bed was the softest I have ever had (not a good thing). The elevators were fast though.  Probably at the bottom of the list of the places we have stayed in Australia.