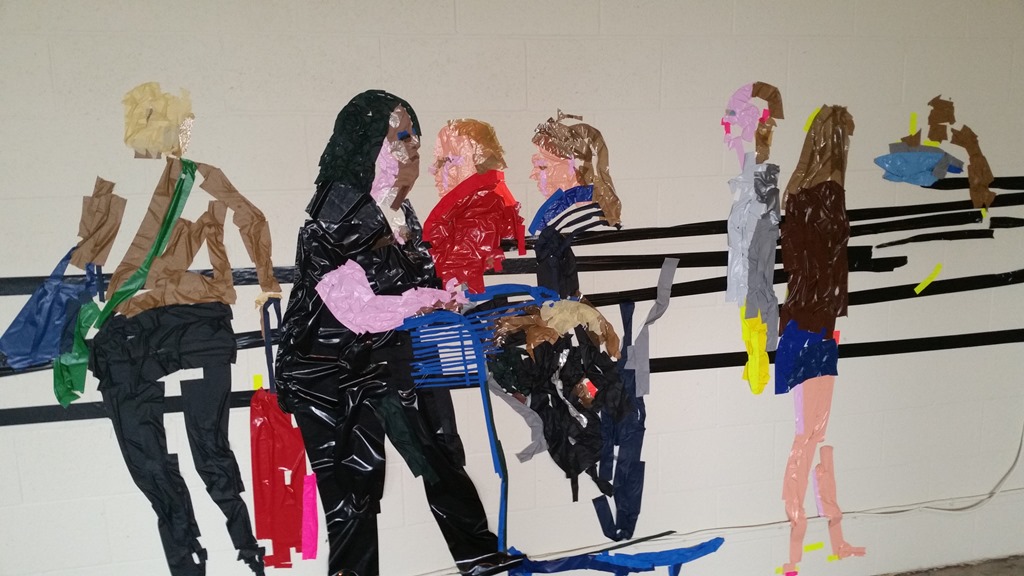 San Francisco’s Presidio was built and had a long life as a fortress and army base that was intended to protect the region from attacks. Now, as part of the Golden Gate National Recreation Area, it houses a number of trails, museums and historic sites. These sites include Fort Winfield Scott, which once housed the administration building for nation’s Nike missile program and a number of still-standing concrete gun and missile batteries. It was also the site at which the World War II order was given to authorize the internment of Japanese-Americans.

It is therefore fitting that it is now being used as the site of a special exhibit in which 18 international contemporary artists have been invited to create works to explore the theme of Home Land Security. The works focus on the compromises that must be made between national security and individual rights and how fear can create barriers among individuals and reduce common humanity. The exhibit’s brochure, in fact, begins with a quote from Bertrand Russell:

“Neither a man nor a crowd nor a nation can be trusted to act humanely or to think sanely under the influence of great fear.”

The exhibition contains works in all media. It begins in the Administration Building, before proceeding to three of the fort’s batteries. Among the works that we found to be most poignant were: 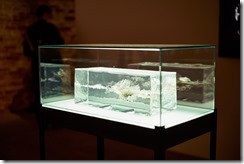 The exhibit, staged primarily in military installations, ends, symbolically, in a place of worship—a restored army chapel with a five-piece exhibit titled “Projectiles” (by Shahpour Pouyan), that represent the clash of military strength and cultural achievement with five suspended metal sculptures that merge forms of modern missiles with antique Iranian helmets and chain mail (that are still used to represent Iranian nationalism) and are decorated with elegant calligraphy and images.

This thought-provoking exhibition was mounted by the FOR-SITE Foundation and Executive Director/Curator Cheryl Haines, who previously curated the 2014-2015 “@Large” exhibition that brought art of Chinese dissident Ai Weiwei to Alcatraz. Based on our exposure to two of her exhibitions, we are anxious for the next. For this, we unfortunately must wait, since future exhibits have not yet been planned.