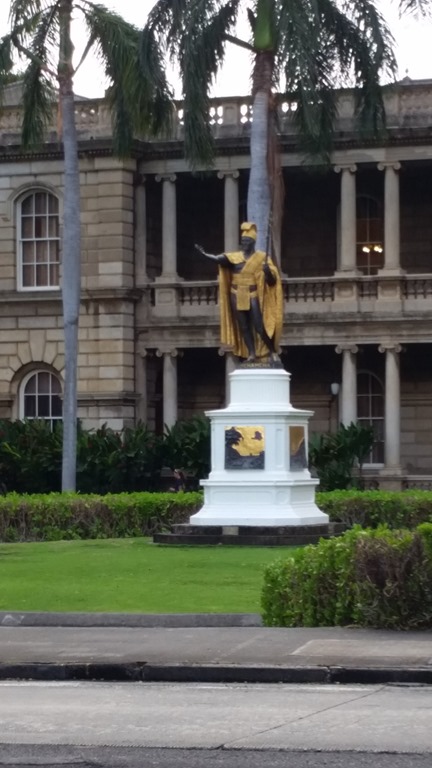 We don’t often visit Honolulu when we go to Hawaii, but since it had been some time since we were there, we decided to stop to visit some friends and a cousin. as well as taking a revisit to Pearl Harbor. As our time in Honolulu was limited, so were the number things we experienced. We began with a planned tour of the Iolani Palace, the ornate, 1882 royal palace built by King Kalakaua. Although we rushed there immediately after checking into our hotel we arrived at the ticket office one minute past the 3:55 deadline for the last tour and they refused to let us in….yes, literally one minute late.  So we made due with a view of the exterior, the remnants of the huge banyan tree (the main trunk of which was felled by termites) and, across the street, the state capital fronted by the beloved Queen Liliuokalani. We then ended our only venture into downtown Honolulu with a brief walk through Saint Andrews Church and what passes for the city’s Chinatown (very disappointing after San Francisco’s).

But the highlight of our time was at Pearl Harbor. Tom’s first visit there wa with his parents was exactly 50 years ago. And we were there together about 20 years ago. This time, we combined a visit to the visitor’s center and the Arizona Memorial, with two of the Harbor’s three other museums: The USS Missouri Battleship and the USS Bowfin Submarine Museum and Park.

The centerpiece of the USS Arizona Memorial is the memorial itself, the iconic white, arched structure that is built atop the remains of the battleship. From the memorial, you see not only the wall in which the names of the victims are inscribed, but also parts of the sunken ship and an oil slick from the oil that continues to leak from the ship. Incredibly poignant! 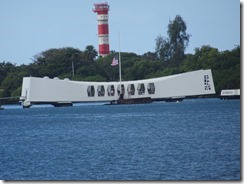 The memorial also consists of four other components. These are the:

In the end, however, as we know, America got its revenge. It rapidly raised and repaired the vast majority of the damaged ships, mobilized its citizenry, converted and massively expanded its production capabilities and, after dramatic naval victories at Midway and the Coral Sea, took the war to the Japanese mainland, where it sealed the victory with two Atomic Bombs.

Very interesting. We then turned our attention to the USS Bowfin Submarine Museum and Park, which included an audio guide tour of the Bowfin submarine and a museum that traces the history of submarine warfare from the first deployment in the American Revolutionary and then the Civil Wars, through the newest, Virginia-class subs that are currently under development.

The submarine tour, took us through the USS Bowfin, which was launched exactly one year after the attack on Pearl Harbor and was nicknamed the Avenger of Pearl Harbor for its success in sinking Japanese Merchant Marine and warships. The sub, which accommodated (albeit in very tight quarters) a crew of 80 and a payload of 24, 3,000-pound torpedoes, was fitted with two different, rudimentary sonar systems (one to detect nearby mines and another to identify and track longer-range targets). The audio-guided tour began in the fore torpedo room, in which a handful of crew bunks were crammed, then progressed back through the slightly more spacious officers’ quarters, the control and radio rooms, the galley, the primary crew berths, the two engine rooms and the aft torpedo chamber (with a few more especially cramped berths). More interesting than the mere view of the cramped quarters were some of the facts we learned about WWII submarine life. 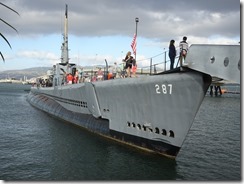 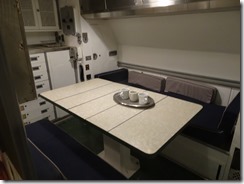 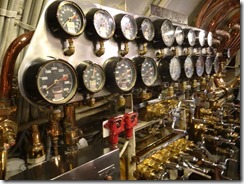 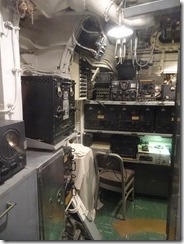 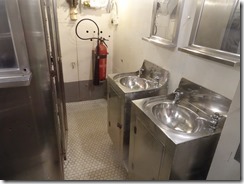 We learned, for example:

Most poignantly, we learned that 52 subs, or 19 percent of the total fleet, were lost during the war, along with more than 3,600 submariners.

The submarine museum was even more interesting than the sub itself. The museum took us through the entire history of the role of submarines in warfare, from the first sub, the “Turtle” which was used in the Revolutionary War, through today’s ICBM-carrying nuclear subs to the futuristic Virginia-class subs that are currently under development. There has, of course, been incredible progress since the days of the Turtle, which had to be towed into place, submerged, and maneuvered by one man who was to drill a hole and place an explosive into the hull of an enemy ship. Although the Turtle did not successfully complete any missions, it lend credence to the concept of submerged warfare and led to development of the Civil War-era “Huntley” (which was powered by eight men) and the 1900-era, gas-powered USS Holland. We learned how basic, limited-range, gasoline-powered subs were used in WWI to bolster coastal and harbor defenses and how captured German U-boats led to U.S. advancements in areas including more efficient diesel engines, the use of stronger double-hull construction, ballast tank valves and self-guided torpedoes.

The state-of the submarine art progressed steadily through WWII-era vessels (such as the USS Bowfin), to nuclear subs that could carry and launch (while submerged) up to eight ICBMs, each of which carried multiple independently-targeted warheads), to modifications to carry and launch tactical Patriot missiles, the aforementioned Virginia-class subs that will not require conning towers or periscopes, will carry massive firepower and state-of-the-art intelligence-gathering capabilities and will be able to dive, and remain indefinitely underwater at depths of 800 feet or more.

The museum also provided glimpses into submarine culture (such as the battle flags designed by each of the crews), living conditions, diets, recreation routines, and missions beyond those of sinking enemy merchant and warships. These other duties included rescuing sailors of other American ships, as well as Allied airmen, including then Captain George Herbert Walker Bush. Most fascinatingly, we learned how submarines, although consisting of only a small percentage of U.S. WWII fleet and sailors, sank far more enemy cargo ships, and a proportionally greater share of military ships than did other ships.

Battleship Missouri Memorial. Next came a tour of the huge destroyer on which the Japanese signed the Instrument of Surrender that officially ended WWII. The 45,000 ton ship is 887 feet long, 293 feet tall, but only 108 feet wide—barely narrow enough to fit through the 110-foot wide Panama Canal. It carried nine “rifles” that are actually, huge 16-inch, 60 caliber guns that could launch 2,700 pound shells up to 23 miles to penetrate 17-inch reinforced steel and create 20-foot deep craters, all with pinpoint accuracy. Each rifle could be reloaded and fired so quickly—in less than 30 seconds—that up to 27 projectiles could be launched before the first one (traveling at twice the speed of sound) had yet landed. And this does not even count the ship’s 32 Tomahawk missiles and its 3,000 rounds-per-minute, radar-controlled Gatling gun that could detect and fire upon approaching enemy planes.

Although its firepower is indeed awesome, so is the speed (up to 32 knots, or 42 miles per hour) and scale of this floating, seven-story, 2,700-person city. After a half-hour walking tour, where we learned about the rifles, the surrender ceremony and the one kamikaze plane that did manage to strike, but caused only minimal damage to the ship (before installation of the Gatling gun), we went through the decks, starting with the bridge and working our way down through sleeping quarters, the officer’s cabins, the kitchen and enlisted men’s and officer’s messes, and rooms of exhibits that provided more detailed explanations of everything from the training of kamikaze pilots and their attacks, to the relative roles and responsibilities of Chief Petty Officers (non-coms who perform roles similar to Army sergeants), warrant officers (in any of 25 classes of specialties) who are junior officers, commanders (such as medical officers and weapons officers), executive officers (second in command) and captains. Very interesting. 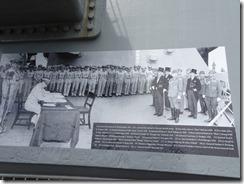 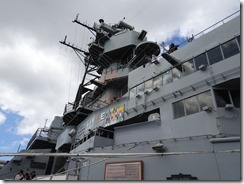 The Valor in the Pacific National Memorial also has one other museum that we did not have time to visit. The Pacific Aviation Museum Pearl Harbor, housed in hangers that were damaged, but not destroyed during the Japanese attack, displays, discusses and examines the evolution of 48 aircraft that date from WWII to the present—including some performed particularly historic missions.

Pearl Harbor easily took up an entire day and was very moving and information. Well worth a visit.