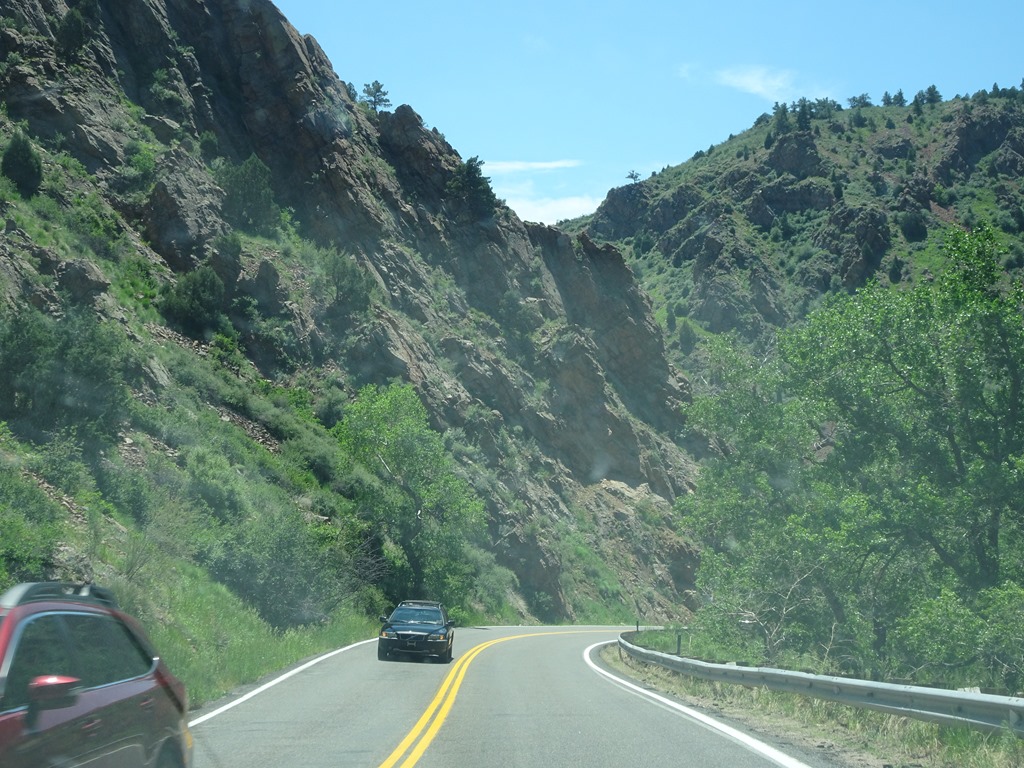 Lariat Loop is a national scenic byway in the foothills west of Denver. We only drove a portion of the 40 mile scenic loop going from Denver up though Lookout Mountain, through Bear Creek Canyon and to the beautiful and Red Rocks Amphitheater.

Bear Creek Canyon is known primarily for the source of many of the entrances to Red Rocks Amphitheater. This four-mile stretch goes through a dramatic, steep canyon that the Depression-era Civilian Conservation Corps (CCC) cut through solid granite to construct a road that was far enough above the creek to prevent its flooding. Along the road lies a small park with walking trails along the creek. 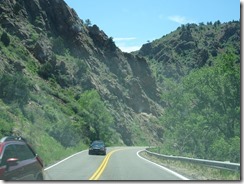 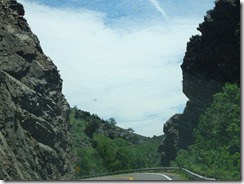 Red Rocks Park is known primarily for its famous amphitheater that was also constructed by the CCC. It is built on a bed of ancient Precambrian rock that was covered with layers of younger, sand-based sedimentary rock that was thrust up by the tectonic shifts that created the Rocky Mountain Range. Over the years, erosion carved different layers of the rock differently (based on the hardness and softness of each layer) to create dramatic and eerie patterns and color variations.

We hiked a portion of the 1.7-mile Trading Post Trail which has magnificent displays of red rock. 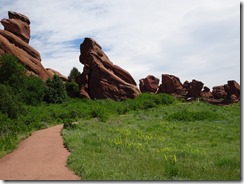 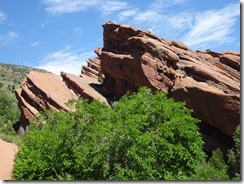 While the park is awesome, we felt that the most dramatic section of the park is where the CCC carved dozens of rows of seating that was modeled after the ancient Greek amphitheaters. The stage and the seats, which are accessed by a flight of hundreds of stairs, are surrounded by erosion-carved sandstone towers that reach up to 400 feet. It is these rocks that provide the theater’s renowned acoustics.

The huge theater attracts the leading musical acts from around the world, and with them,  about 1 million paid ticketholders per year. This makes the Red Rocks Amphitheater by far the most popular music venue in the country. It draws over 2:1 guests over the second most popular venue and about three times the number that frequent the Hollywood Bowl. The visitor center atop the amphitheater explains the history of the surrounding land and the building of the amphitheater, also houses the main gallery of the Colorado Museum of music with listings, posters, and cases of memorabilia from the groups that have performed there. 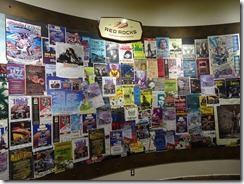 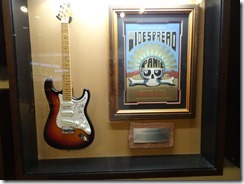 A dramatic and beautiful park during the day and an incredible venue in which to listen to music, surrounded by nature and under a blanket of stars that are 6,000 feet above much of the atmospheric interference.