Leuven Belgium is an easy 20-minute train from Brussels, making it a perfect day trip. Julius Caesar found this lovely, historic town as a fortified Roman Empire camp. It grew to become the seat of one of Europe’s most important universities in the Middle Ages—a school at which professors including Erasmus and Mercator taught. Today, it remains a lively university town occupied with hundreds of beautiful 17th– and 18th-century brick buildings, hundreds of bars and dozens of galleries. 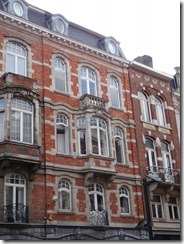 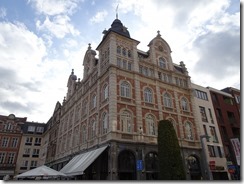 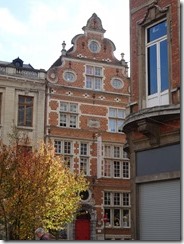 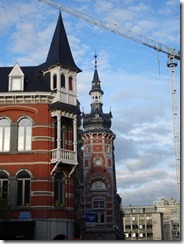 We found some beautiful old buildings everywhere we wandered through the Old Town area. We focused our explorations, which lasted only a few hours, primarily around a few primary areas.

Grote Markt is an incredible square that is the center of the city. Its beauty comes from the exterior of the buildings that surround it. These are the: 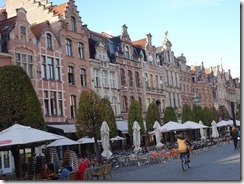 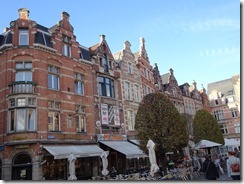 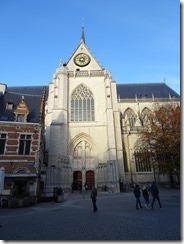 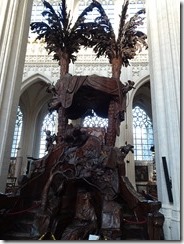 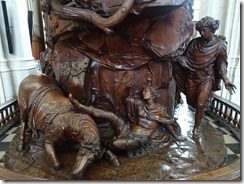 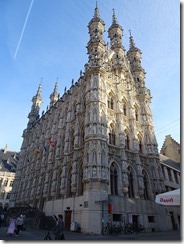 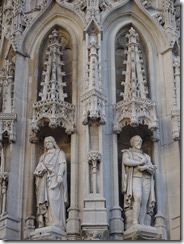 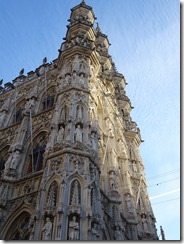 Oude Markt is a large, cobblestone square surrounded by beautifully restored, 18th-century gable-roofed buildings, each of which seems to house a bar with seats and tables that spill out into the square. 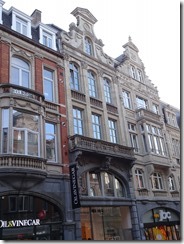 Monseigneur Ladeuzeplain is another Leuven square. It is anchored by the huge, lovely, Renaissance-style University Library on one side, and the M-Museum art center on another. 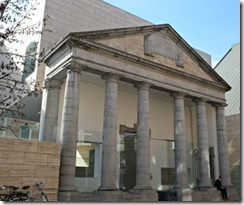 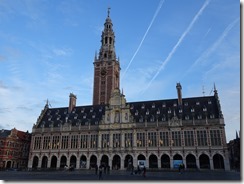 Although we searched Oude Markt, Grote Markt and their surrounding streets, the most interesting restaurant we could find was Ellies Gourmet Burger, the neighborhood burger specialist. We shared the special, “Black Lamba”. This was a somewhat gimmicky, but very tasty mixture of ground lamb, braised lamb shoulder, goat cheese, relish and seeds on a toasted black bun (that tastes like any other bun). Accompanying the burger was a tasty salad and a La Choffe Belgian dark beer and a glass of chardonnay.