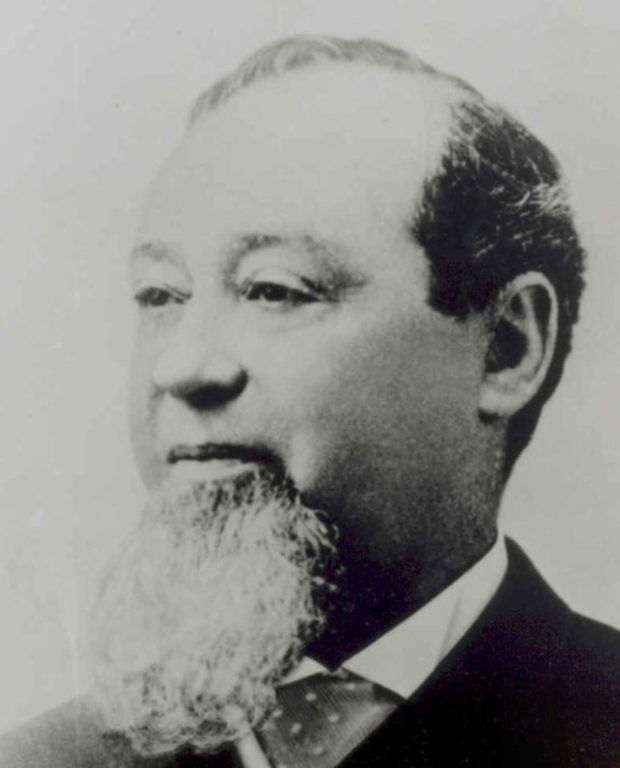 You probably have owned a pair of levi jeans at some point in your life. You may even have them on or in your closet right now. But do you know the history behind the jeans? And do you know how the Levi Strauss company has a pattern of identifying, shaping and positioning its humble denim jeans at the center of trends for the last 150 years?

San Francisco’s Contemporary Jewish Museum has an exhibit on Levi Strauss: A History of American Style running through August 2020. It created the exhibit in conjunction with Levi Strauss’s corporate historian. The exhibit includes hundreds of items from the corporate archives which are rarely seen by the public.

The History of Levi Strauss

The story begins in 1829 with the birth of Lob (later changed to Levi) Strauss in Buttenheim Germany. The family’s eldest son moved to the United States to escape the growing number of restrictions that Germany was imposing on Jews. He established a dry goods store in New York City and brought the rest of their family—including younger brother Lob—to America to work at the store in 1847. 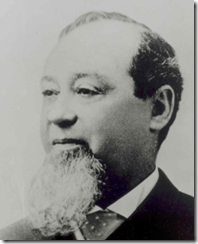 Levi was intrigued by California Gold Rush opportunities. He moved to the then exploding city of San Francisco in 1853. He then opened his own dry goods store to sell supplies to miners and the growing number of people flooding into Northern California. The store prospered and Levi became one of the city’s leading businessmen and philanthropists.

In 1873, a gold-field tailor named Jacob Davis approached Strauss with his new invention and a business proposition. He created a process for using copper rivets to reinforce and improve the durability of denim work clothes. Strauss immediately saw the potential for the pants. Partnering with Davis, he filed and received a patent (is that a sketch of a woman in the patent or a man?) and built a factory to produce them. The company’s “waist overalls” and related goods struck their own form of gold. 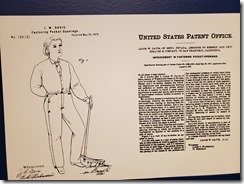 Each of three galleries then focused on roughly 50 year segments of the company’s history, and evolving role of its jeans and demin in the country’s cultural fabric. These periods are roughly: 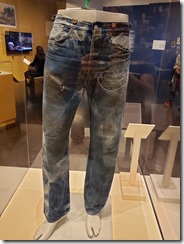 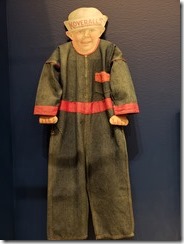 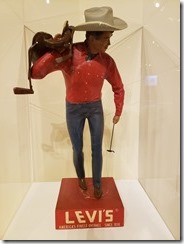 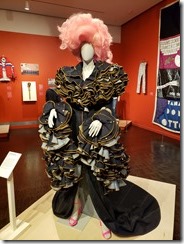 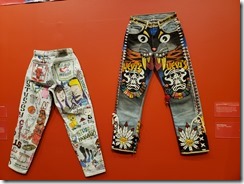 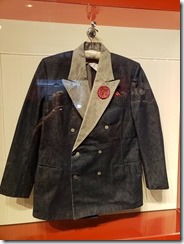 Overall, it is a fun and informational exploration of one company’s odyssey from supplier of a specialized, utilitarian product to a tiny niche of working-class laborers into a near-universal cultural touchstone. If the exhibit reopens when after the Corna-19 virus crisis resolves, it is definitely worth a visit.