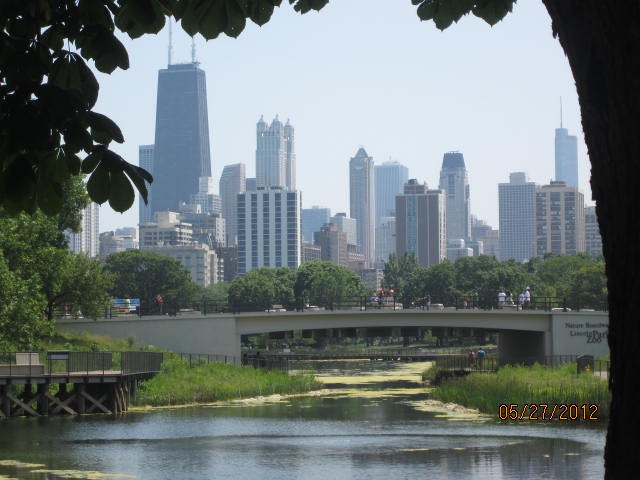 Lincoln Park is a wonderful oasis–a huge green space lined by high-rise condos on one side and Lake Michigan beaches on the other. Although the park has plenty of open space and nice views it also has a lot to do, such as partaking in regular (weather permitting) events, such as Farmers’ Markets. 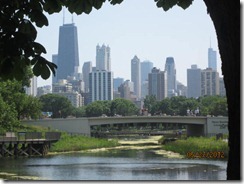 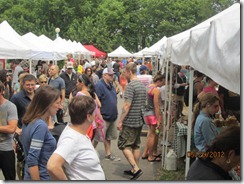 The very base of the park is home to the park’s signature statue of Abraham Lincoln and the wonderfully informative Chicago History Museum. Beyond that are baseball and soccer fields, ponds, a walk-through (on boardwalks) marshland, the lovely Lincoln Park Zoo (complete with farm and petting zoo for children), gardens and a lovely conservatory. 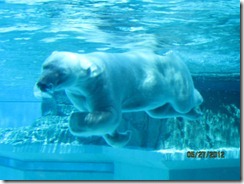 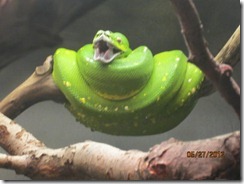 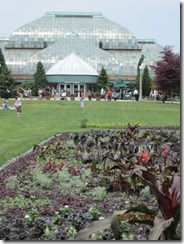 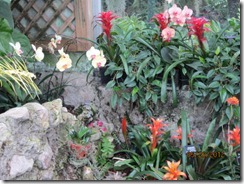 When you cross Fullerton Avenue into the furthest north section of the park (on which we used to live), you come to the scenic North Pond, with walking trails, a fly casting practice area, a nature museum that examines the geology, flora and fauna of the Chicago area, past and present. Then, at the far end of the park is one of the best restaurants in Chicago. North Pond Restaurant, located directly on the pond (not to speak of directly across the pond and street from our old apartment and condo buildings) is housed in a beautiful, Arts and Crafts building. The chef, Bruce Sherman, just won the 2012 James Beard Foundation award for best chef in the Great Lakes region. He also served us the best meal of our trip.  And when you’re in the neighborhood, it is absolutely worth crossing the street to see whether the Elks’ National Memorial and Headquarters is open.  If it is, you’re in for a visual treat. 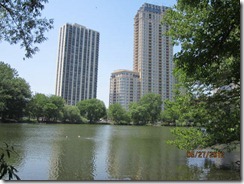 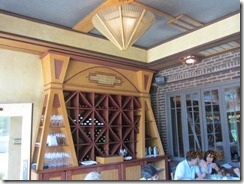 Chicago, more than a century ago, had the foresight to preserve the lakefront for the people. As a result, the lakefront, from the southern reaches of the city, to the far north, is now almost all park, with an 18.5 mile bike path (which we didn’t have time for this year, but used extensively on previous visits) and scattered beaches. The Mid North has one of the largest of these beaches. North Avenue Beach is a sprawling space, with a large refreshment/entertainment pavilion, ever-popular volleyball courts and chess pavilion and lovely views of the city. 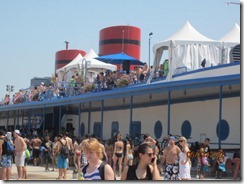 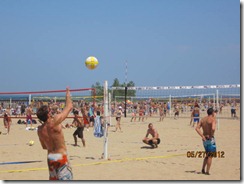 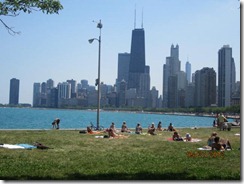 Although the Near North and the Lakefront area of the Near and Mid North have most of the tourist facilities, the generally residential areas west of Clark Street also have their charms. We have, as mentioned in our North Michigan neighborhood blog, SuHu (especially Superior Street between Wells and Franklin) gallery district. Following Wells Street north, takes you to the fun Old Town area, replete with bars, casual restaurants and the home of the groundbreaking Second City sketch and improvisational comedy company. There, and slight to the west, around Menomonee and Wisconsin Streets, is the quiet (except during the hugely popular Old Town Art Festival), Old Town Triangle residential area, with historic homes and the stately Saint Michael’s Church. 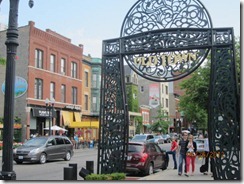 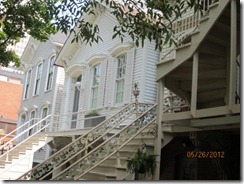 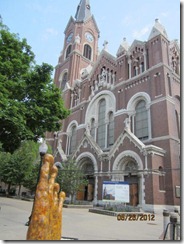 Slightly west of Wells is Halstead Street, which, along with neighboring Lincoln Avenue, are home to a large number of offbeat retail stores, a number of local theater companies including Steppenwolf, and nice restaurants, including the superb Alinea.

A bit further east, between Clark and Halstead Streets, is the West Lincoln Park neighborhood, with lovely, quiet residential streets (Cleveland Street is one of our favorites), parks (including Oz Park (created in memory of neighborhood resident and Wizard of Oz author, Frank Baume) and some of our favorite casual, neighborhood restaurants, including Half Shell and Chicago Pizza and Oven Grinder.

Just to the North, above Diversey Street, is another fun commercial Street, Broadway, whose neighborhood contains another of our favorite Chicago theaters, TimeLine.