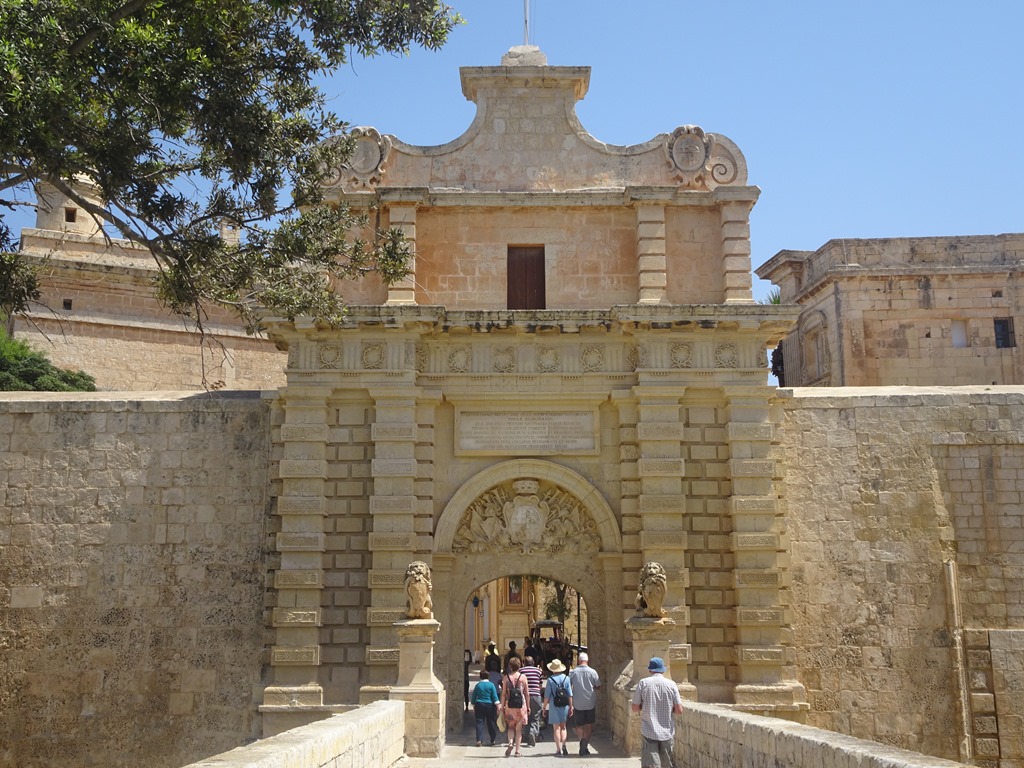 While in Malta, we spent most of our time in Valletta. However, we did venture out of the city for day excursions to a few of Malta’s even more historic cities.

Mdina, an ancient walled city in central Malta, served as the country’s capital essentially from its ancient Phoenician founding in the eight century BC (when it was named Maleth) until 1530, when the Order of St. John moved the capital to Birgu. 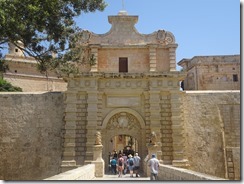 While the current city is tiny (only a few hundred people), this is largely due to a series of sieges, raids and looting it endured over the centuries and to a forced reduction during its Arab occupation (at which time the city was also given its current name). As if this weren’t enough, it suffered additional reductions after 1530, when the Order moved the capital and in 1693, as a result of the Sicilian earthquake, which particularly damaged the Cathedral of St. Paul.

Even after suffering all these travails, and the diminution of the city and its status, however, it did not suffer as much as it may have. Even after the Order moved the capital, for example, it fortified its defenses in preparation for a potential Arab attack—an attack which did indeed occur, although it was repulsed). The Order also based its cavalry in Mdina during the Great Siege. More importantly, the city continued to remain in the favor of Maltese nobility and the church, which continued to invest in and enhanced the city. This was particularly true after the 1693 quake, when its patrons rebuilt damaged buildings and added enhancements to existing ones in the Baroque style.

Today, Mdina is a charming, well maintained tourist city that displays an unusual combination of Norman and Baroque styles and recently restored city walls. While a few hundred people continue to live there, its stores and restaurants are primarily for the thousands of tourists who flock into its gates each day. They come for its Museum of Natural History, its churches and palazzos (such as Palazzo Falson) and for its quasi-historic recreations (as in The Medina Experience and the Knights of Malta adventure museum).

Of these, St. Paul’s Cathedral is probably the most interesting. Rebuilt after the quake, it has an an beautiful alter, wonderful ceiling paintings and some knights and nobles—stones that not only narrate their lives but in some cases, provide polycolor depict ions of some of their most daring exploits. We even enjoyed a fast spin through the cathedral’s museum, with its lovely collection of silver replicas of saints and an amazing silver throne. 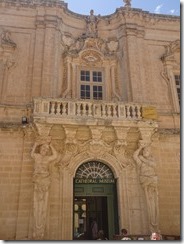 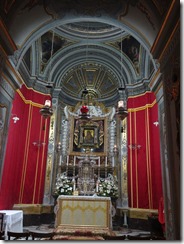 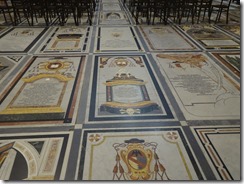 And even if you don’t visit the cathedral, it is well worth the 40-minute bus ride from Valletta to experience the history and soak up the charm of this ancient, pristine walled city. 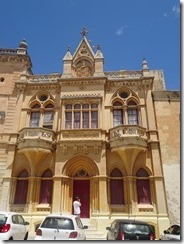 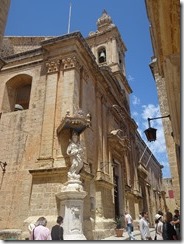 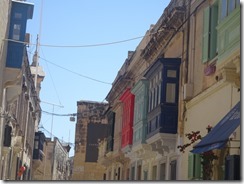 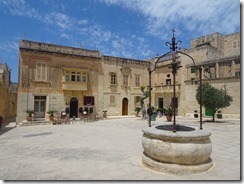 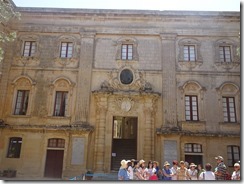 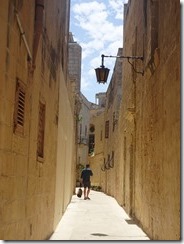 Just outside the city gates, you are surrounded by Rabat, a town that is a almost 40 times the size, but is still considered to be a suburb of Mdina. Since half of Rabat’s core was cleaved off of Mdina during the Arab occupation, it shares some of Mdina’s history and charm. Its primary draw comes from the churches, and especially the catacombs of St. Paul and of St. Agatha. Although these catacombs, which were created in Roman times when it was considered unhygienic to bury the dead in the city (Mdina), are supposed to the highlight of Rabat, we skipped them. Although we viewed both from the outside, they are tiny compared with their far larger, more famous brethren that we visited in Palermo. 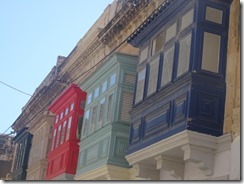 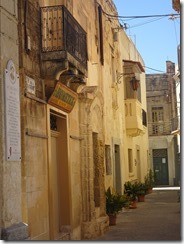 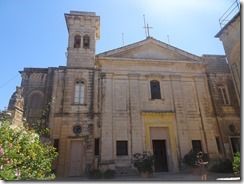 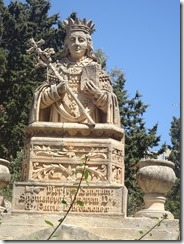 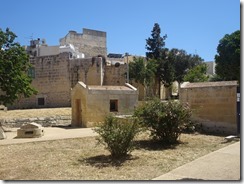 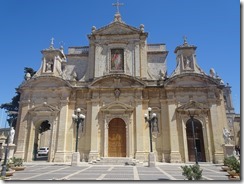 Since we were in Mdina for lunch, we stopped at Bacchus. While it was historic, iIt was, by far, our most disappointing restaurant experience in all of Malta. The restaurant is certainly pretty and our shared appetizer of Mille Feuillle of local snails with garlic puree in tomato couscous was quite good. But the inexcusably slow service more than cancelled out our enjoyment of the appetizer. And while Joyce enjoyed her salad (with pressed pears, brie beignets and candied walnuts), Tom’s braised, stuffed rabbit leg with red wine garlic time sauce was so overcooked as to be virtually inedible. But by the time it came, we were so anxious to get going that we left without eating most of the dish. 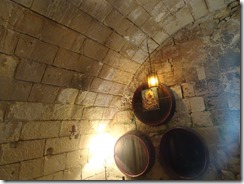