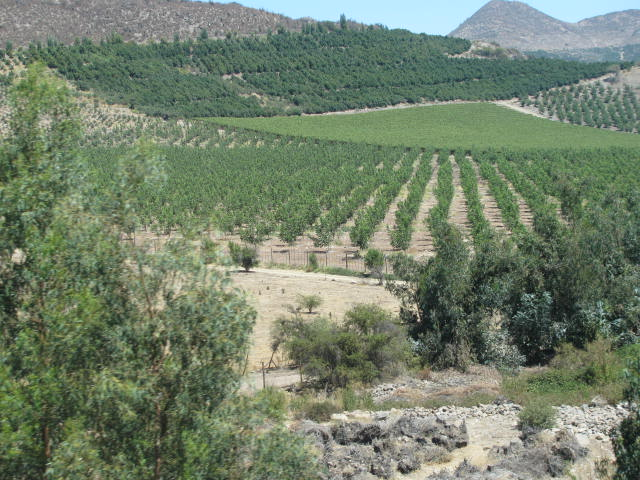 Although Mendoza was one of the first cities in Argentina to be settled, the only evidence of its colonial architecture is the ruins of a single church. The reason? The city has been leveled by so many earthquakes, that there are virtually no remnants of its past. It is, therefore, now one of the most modern cities in the country.

Since we had so little time in the downtown area (about one hour between completing an all-day tour of the surrounding wineries and a 7:00 PM tasting at the Vines of Mendoza tasting room (see below), our “tour” of the city was limited to the area immediately surrounding Independence Plaza. Fortunately, however, our self-guided tour, which covered all the “highlights” of the central city (Independence plaza, the Sarmiento Street pedestrian mall, the main Avenida San Martin boulevard, Plaza San Martin and a few surrounding streets) was not exactly the highlight of our Mendoza trip.

We spent most of our time in the area in a full day wine tasting, that we arranged through Uncorked Argentina. The day consisted of mini-tours and premium barrel and bottle tastings at four wineries (a combination of mid-sized and boutique) and lunch at a fifth through the lovely valley. The wineries differed greatly, from large to small, formal to informal and old to new. But all, as would be expected, focused on Malbecs, with some Bordeaux varietals and many blends, based primarily on Malbec. Among the highlights were: 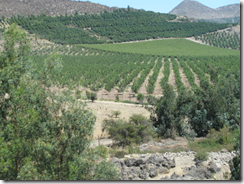 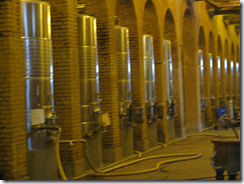 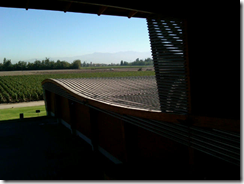 These tastings, combined with a lovely lunch at Ruca Malen, combined to create a very nice and favorable introduction (along with the more than dozen Malbecs and Cabs we had on previous legs of the trip) to Mendoza wines.

But we felt we needed one final exposure to Mendoza wines. So we made one more stop at the city’s Vines of Mendoza tasting room. Although that evening was supposed to have been the first of a series of winemaker tastings, we were told that the invited winemaker had canceled at the last minute. To lick our wounds, we decided to one more sampling of wines by indulging in one of their pre-defined Malbec flights. Unfortunately, we were disappointed in all five of the wines we were served, feeling they were harsher, less mature and showed less distinctive fruit than almost any of the wines we have had on the entire trip. Although they did eventually pour us some wines that we found to be acceptable, we were not bowled over by any.

Overall, Vines of Argentina is a nice concept, but we found the execution to be lacking.

We managed to fit three restaurants into our day and a half in Mendoza: two dinners at city restaurants and one multi-course wine tasting lunch at a Lujan de Cuyo (the valley south of the city that is particularly known for its Malbecs) winery. The city restaurants were:

This, from what we had read and been told, is supposed to be Mendoza’s best restaurant. It is certainly lovely and apparently pretty exclusive since the doorman wouldn’t even let you in unless your name is on the reservation list. The food, however, was a disappointment and the service merely adequate. We began dinner with a salt-crusted pear with burrata, arugula and bacon chips. This was quite good. Joyce had a salt crusted chicken with watercress, crouton, avocado, and tomato salad. While the salad was fine, the chicken was overcooked and dry. I had the 7.5 hour-cooked lamb with mashed potatoes, almond and arugula in a Malbec reduction. While mine was okay, it was not memorable. The wine—yes, another Malbec—was more interesting. The sommelier recommended an Ave Gran Reserva 2007 with the dishes we had chosen. Lush blueberries when it was first opened, opening into a nicely balanced wine that went with both entrees.

This highly recommended restaurant, a block off the town’s main square, specializes in guess what—beef. I, therefore, had what I expect to be the final rib-eye (marinated in olive oil and herbs) of my trip. It was a beautiful, tasty and huge piece of meat that was nicely complemented by what they call a broken potato, one that is boiled, baked, then lightly fried (to make the skin nice and crunchy), and served with sea salt. Joyce was somewhat less lucky. While her ravioli filled with ricotta and pumpkin was very good, the Portobello mushroom pine sauce that accompanied them overwhelmed the dish. This having been said, the sauce-infused mushrooms were good and the sauce did go pretty well with my rib-eye. The final disappointment of the evening had nothing to do with the restaurant. By the time we had finished all the day’s tastings, we couldn’t even dream of having another bottle of wine. We, therefore, settled for glasses (a Cab and a Chardonnay) which neither of us was able to finish.

Our Mendoza dining experience was wonderfully capped off with a five-course tasting lunch at a winery.

Lunch, at Ruca Malen consisted of five courses, each paired with one (or in the case of the tenderloin) two wines. We had Ruca Malen’s 2011 Torrontes with a cold vegetable soup, its 2010 Malbec-Cab blend with a chorizo on grape skin bread with some very nice local grains, a 2008 Syrah with beets on honey and cinnamon with “burnt” goat cheese and a beef tenderloin with two different Merlots (primarily the above mentioned Kinien). We finished with caramelized fruits and sorbet, accompanied by one of the winery’s sparkling wines (a 75% Pinot/25% Chard) Brut. A very pleasant lunch, with some nicely paired wines.