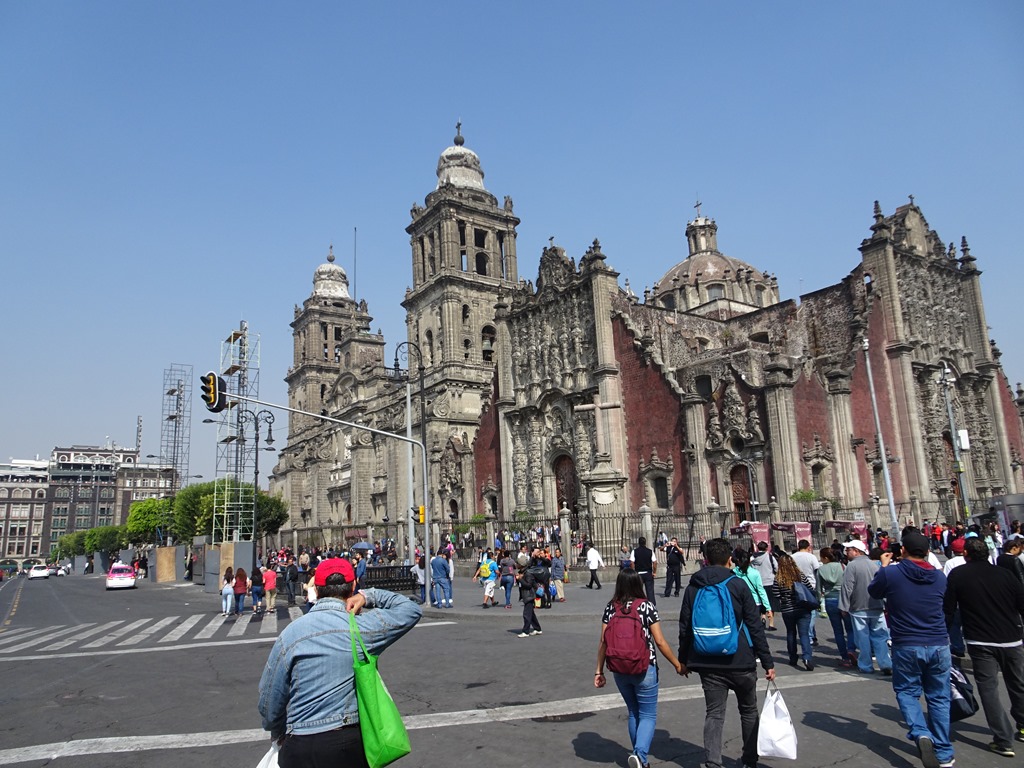 Although we have been to other places in Mexico, we hadn’t been to Mexico City in 40 years!.Joyce still remembers it as the place she had bad case of Montezuma’s Revenge and wanted to kiss the ground when we landed back in the US. But it was time to see how the city had change. Plus, it was a convenient stopover on our way to/from Cuba.

Mexico City is one of the oldest (created in 1325 as Tenochtitlan by the Aztecs), largest (about 9 million) and highest elevation (7,380 feet) city in Latin America. We spent three days in the city itself, primarily in the center of the city, in the Historic District and hip neighborhoods including Reforma, Polanca, Roma, Zona Rosa, Condesa and in Chapultepec Park.

The historic section of the huge city surrounds the Zocala, Mexico City’s main square. It is crammed with Colonial-era buildings and what is left of Templo Mayor, the pre-Columbian centerpiece of the Aztec empire. These and the Colonial-era buildings that surround them, however, face a grave challenge. The entire city center was built on land that was reclaimed from a lake (Lake Texcoco) that surrounded the ancient Aztec island-based city-state of Tenochtitlan. As such, the land—not to speak of the buildings that were constructed upon this reclaimed land—is sinking. While most structures are being reinforced, floors are sagging and buildings are leaning at precarious angles. Add to this the region’s earthquakes and the particular susceptibility of filled land to liquefaction (which exaggerates shaking) and the survival—not to speak of the relatively good condition—of these buildings become even more impressive.

Although hundreds of the Historic Center’s structures are historically important, a few merit particular attention. Among the most notable are:

This third-largest public square in the world (after Beijing’s Tiananmen and Moscow’s Red Squares) is surrounded by historic buildings (especially the massive Metropolitan Cathedral and National Palace). It is now home to a large public market—one tented structure of which contains stalls selling all types of products and the other of which is filled with food stalls and tables. And a stage that hosts all types of entertainment.

This cathedral is the largest and one of the oldest churches in Latin America. The original structure (parts of which are still visible through Plexiglas panels) was built by Hernan Cortez (the Spanish conqueror of Mexico) in 1525. But since it was soon judged to be too small and plain for such a large city, plans for a huge, grand, new cathedral were approved in 1536. Construction began in 1573 and continued for almost 250 years (until 1813). As such, it consists of multiple architectural styles. But even before the structure was completed, its huge weight resulted in parts of it sinking into the soft soil and earthquakes resulted in cracking. It was stabilized in a massive project that was just completed in 2000. 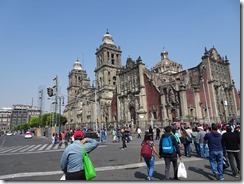 Although the entire structure is beautiful, it has a number of highlights. These include the beautiful gold-covered carved wood choir and alter (the latter of which features two master Baroque oil paintings), the huge 1673-era organ, a number of frescoes and several ornate chapels (especially Capilla de las Reliquias) and the ornate carving on the exterior of the adjoining Sagrario Metropolitano sacristy. Outside the cathedral is a fascinating statue of Pope John Paul II, with a surrealistic image of Mexico’s patron, the Virgin of Guadalupe embedded in the Pope’s body and images of thousands of keys, representing keys that people donated to provide the required bronze. 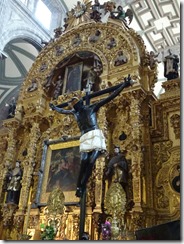 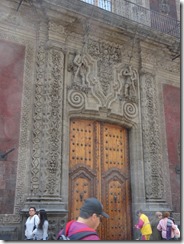 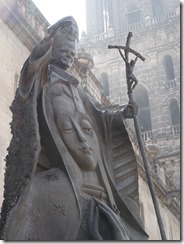 This block-long building was originally the site of Aztec Emperor Montezuma’s, and after his killing, Hernan Cortez’s palace. The current plain, Baroque-style structure was built in 1562 and has housed a succession of Spanish viceroys and Mexican presidents before being opened to the public in the 1930s. Although a section of the massive complex still houses the offices of the President and the Ministry of Finance, most of it is accessible to the public.

The primary attraction is a huge, extraordinary mural that surrounds the grand staircase. This Diego Rivera masterpiece, created between 1929 and 1935, begins with a celebration of Mexico’s long and eventful history and ends with a Rivera’s speculation of the future of the post-revolutionary country. While the Rivera mural ends at the top of the staircase, a series of additional murals that portray various eras of the country’s history. This second floor also contains a huge exhibition that traces the creation of the republic, the revolution and the creation of the constitution through combination of pictures, paintings and movies. 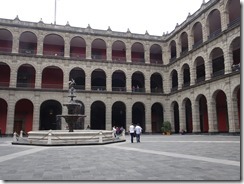 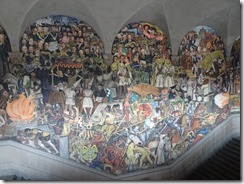 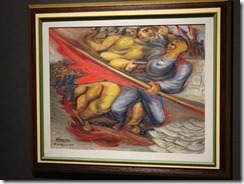 These excavated remnants of the Great Temple (built from the 14th through 16th centuries) formed the geographical, religious and political center of the Aztec capital of Tenochtitlan. Although the temple was generally destroyed by the Spanish (who used much of the stone to fill in the lake and in the building of a number of colonial structures), much of what remains of the second stage of the two-tower temple was excavated (the first stage remains buried). The twin temples, which used to be as tall as the bell towers of the current cathedral, were dedicated to the Aztec’s two primary gods—the God of War and the God of Rain and Water. It contained sacrificial alters (on which only the best and bravest warriors were sacrificed) and images of dozens of Aztec deities.

The exposed section, along with a handful of artifacts can be viewed via an interpretive walkway. Even more impressive is the museum that contains roughly 7,000 priceless Aztec artifacts have been recovered from the excavation. These artifacts, divided among the excavation itself and in the seven themed galleries of the museum, include the serpent that winds its way through the complex, the reclining man-god figure of Chacmool, the dismembered body of the goddess Coyolxauhqui, the Wall of Sculls and the incredible clay statues of the Eagle Knight. 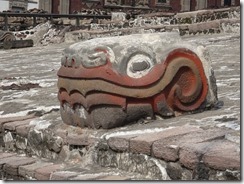 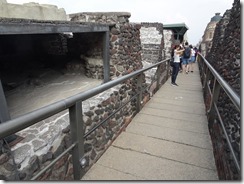 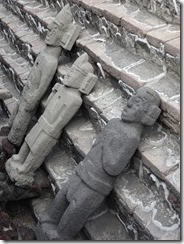 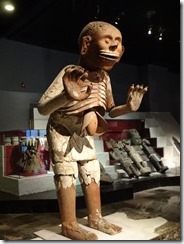 Although these are the most important of the historic district’s most notable Colonial-era buildings, they are by no means the only ones. There are several other churches, convents, government buildings, government official residences and palaces. Many have since been converted into museums and a number contain notable murals (including several others by Diego Rivera. And, since Mexico City was a Spanish colonial capital, it also has its own Palace of the Inquisition, where interrogations were conducted, tortures administered and sentences meted out and executed.

It is also the place where tourists go. And where there are tourists, there are entertainers. 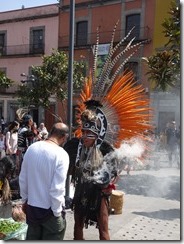