Virginia City Montana was founded in 1863, after the discovery of gold in Adler Gulch. More than 10,000 prospective miners and suppliers flooded the area. Virginia City grew rapidly from settlement to boomtown to a full-fledged city of 5,000 permanent residents and more than 1,200 buildings within a few years. It became one of the first cities in what would become the State of Montana. It was designated as the first territorial capital (1865-75) and even had the territory’s first newspaper.

However, it had a rocky growth path. The ease of finding placer gold—a total of about $30 million worth in the first three years—attracted more to the town than aspiring miners. It also brought criminals (led by the town sheriff) who allegedly killed over 190 people in a single month. The miners, anxious to protect their claims, their wealth and their town responded by forming a vigilante group. This group captured more than 20 of outlaws—including the sheriff. On January 14, 1864, the vigilantes employed the main beam of the partially constructed building for an impromptu, public hanging of five ‘road agents” (robbers and murderers). The building’s owner later installed a false ceiling covering up the beam and charged people to show it to them.)  A model commemorates the scene in vivid detail. 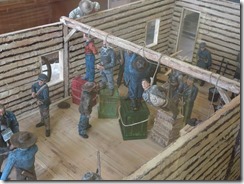 Being first, however, does not always translate into long-term growth. After placer mining deposits began running out in 1867 and the railroad bypassed the city, Virginia City went into a steady decline. This decline was temporarily reversed in 1898 when large, floating dredges chewed up most of the landscape and left huge tailings in their quest to recover another $70 million of gold over the next 24 years. But other than a brief 1931 rebound in an effort to capitalize on a dramatic increase in the price of gold, the city went into a steep decline. Buildings were abandoned and Wallace Street, the city’s main commercial street, fell into what appeared to be a terminal state of disrepair.

By the late 1930s, the federal government recognized Virginia City as being worthy of national historic recognition and tourists began to explore what was then still ruins.

Enter Charles and Rachel Bovey. Charles was the son of the president of the company that would become General Mills and was a successful wheat farmer. Both he and Rachel had a passion for the renovation of the towns and buildings of their childhoods and had begun restoring historic 19th-century buildings in Ft. Benton. Charles, who had become a member of the state House of Representatives, first visited Virginia City in 1942 and recognized the need to preserve it. He and Rachel had the passion, the social and political clout, and the money to both donate to the preservation society they helped create and to buy, reconstruct (from historical photos) and furnish (largely from their own antique collection) several buildings on their own.

The city was designated a National Historic Landmark in 1961. Today it is a free open-air museum, filled with more than 130 renovated and reconstructed period buildings. Many are furnished and stocked as late 19th/early 20th-century Montana businesses into which visitors can enter (at least as far as protective fences) and browse at will. 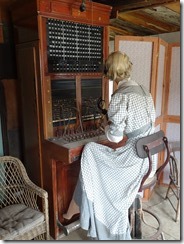 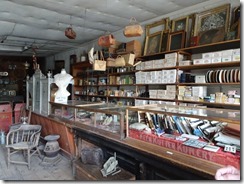 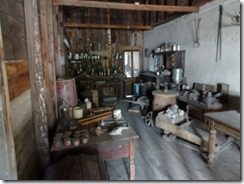 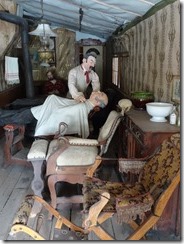 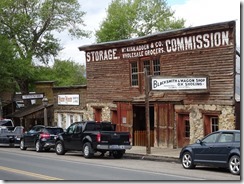 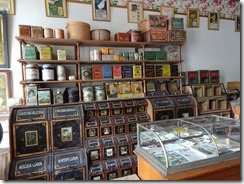 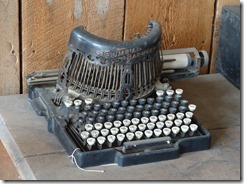 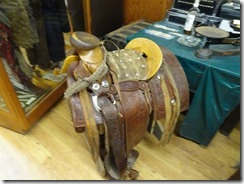 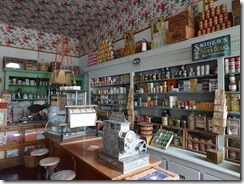 Interpretive signs around the city and on each building describe the town’s history and the individual business, how the buildings were originally used, and stories about some of the city’s residents.

Although Virginia City is no longer a territorial capital, it is a country seat with a permanent population of about 150.

As a small, albeit, tourist town, we didn’t find many lunch options. We ended up at Bob’s Place, which offers pizzas as an alternative to the burgers on which we had already ODed. While the crust was like cardboard, the toppings (we selected mozzarella, mushrooms, sausage, and ham) were plentiful and tasty.

A mere 1.5 miles away from Virginia City is the former boomtown of Nevada City Montana, which fared less well during the dredging era. Since it was directly in the path of suspected gold deposits, many of its buildings were simply plowed over.

The Boveys, however, emboldened by (or perhaps, not satisfied with) their success in rejuvenating Virginia City, turned their attention to what was left of this decimated town. They decided to repopulate it with a few dozen additional period buildings that they bought from around the state. After moving the buildings to Nevada City, they renovated and furnished them as an open-air historical museum. Although the museum has restricted hours, you can visit it for an incredibly modest admission of $8 (less for children, students, and seniors).

These buildings include a wide range of period commercial establishments (from a blacksmith shop to a bank), privately-run, one-room schoolhouses, and residences ranging from sparsely-furnished one-room cabins to a luxurious, two-story, 1873 urban house that even had its own bathroom with running water. And let’s not forget a handful of outhouses for those who lacked in-door plumbing. In addition to the standard, one-seat outhouse, there is a two-seater and even a two-story outhouse, the second floor of which is connected with a balcony to the second floor of an adjacent building. 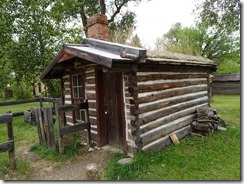 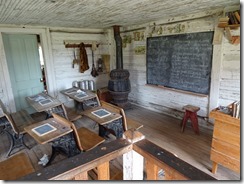 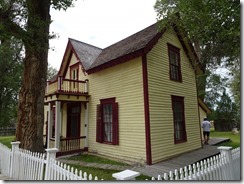 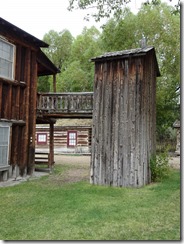 The town also has a few special exhibits and specialized museums that reflect some of the Bovey’s personal interests. These include: 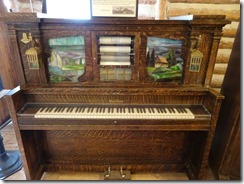 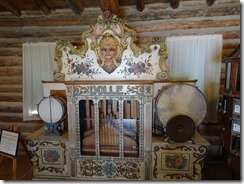 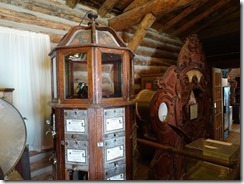 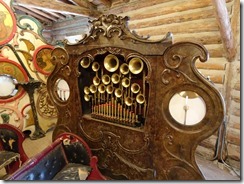 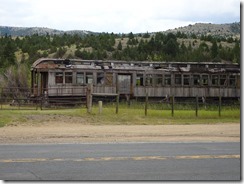 Ever wondered what living in such a town would be like? Nevada City gives you the opportunity.  You can rent several recreated motel-like rooms by the night which are furnished with period detail, not to speak of a restaurant and a bakery.