New Glarus Wisconsin is also known as “Little Switzerland. It was founded by Swiss immigrants and retains remnants of its culture via canton emblems festooned on its buildings, Swiss-themed festivals, cheese factories and brewery, and its Swiss Historic Village and Museum which includes reproductions of traditional Swiss homes, schoolhouse, churches, firehouse and a range of shops, and a history exhibit that traces Swiss immigration history to America in general, and the New Glarus area in particular.

We arrived the weekend of one of the town’s festivals, a barely attended music festival which at least got us to walk the downtown area where we stopped at a few places: 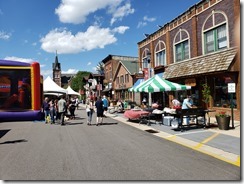 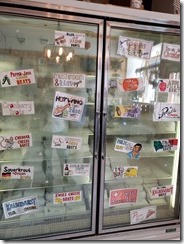 We also found an interesting old building at the edge of town. 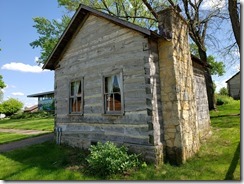 While not exactly a tourist destination for us, it was cute.