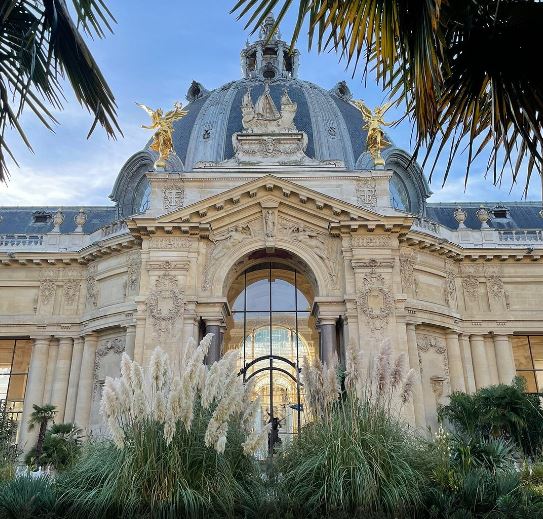 The Petit Palais was built for Paris’ 1900 Exposition (World’s Fair). Charles Girault designed four wings around a colonnade that surrounds a courtyard. Today it contains the Paris Museum of Fine Arts.. The museum contains over 1,300 works of art mostly early 20th-century decorative art along with a smaller number of earlier pieces starting from the Antiquities.

The building is as much a reason to visit the museum as the art. While it was never a palace, it is as beautiful as a palace. It has splendid stained glass windows and mosaic floors.

The wrought iron circular staircase that takes you to the downstairs galleries is particularly delightful.

Art is dispersed in charming rooms.

And don’t forget to look up. It has some beautifully painted ceilings.

It is definitely worth a stop if you have the time.