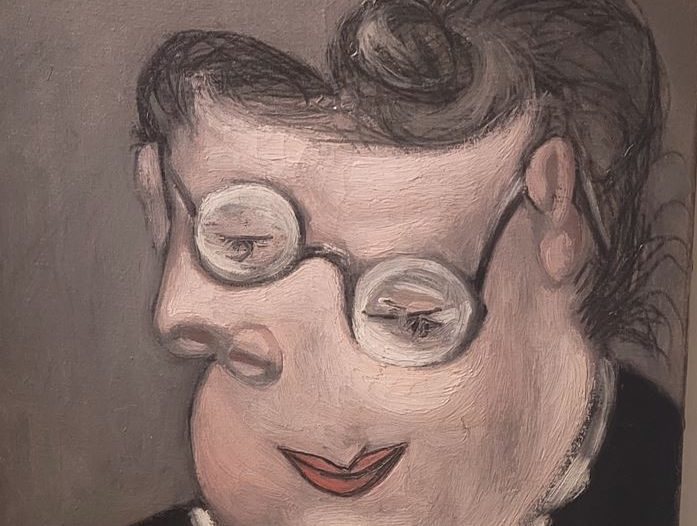 Many museums showcase Pablo Picasso’s work. But one of the largest public collections is in Paris at the Picasso Museum ( Musee Picasso) It has a collection of 5,000 objects, including documents, letters, photographs, and more than 260 paintings and 200 sculptures dedicated to the life and work of Pablo Picasso as well as to the artists who were linked to him.

The museum is located in the Hôtel Salé in the Marais district of Paris. The building was once the home of a crooked politician who siphoned off tax on salt to enhance his lifestyle. The building became known as Hôtel Salé (salty). It underwent many alterations and finally was declared a national monument in 1960. The city of Paris purchased it and renovated it into today’s Picasso Museum (Giacometti created most of the chandeliers, benches, chairs, and tables). As with many old renovated French buildings, it is quite lovely.

The Origins of the Collection

Upon his death, Picasso left his estate of about 40,000 works of his art as well as his collections of his friend (including Braque, Miro, Matisse, and Derain) to family and friends. Thanks to a government provision that allowed heirs to donate art in lieu of paying estate taxes, the museum received many of these works. The collection has been augmented throughout the years with additional donations from heirs and collectors.

On one hand, this reliance on gifts was instrumental in creating a museum that may not have otherwise happened. On the other, it appears to have contributed to an imbalance of his work (at least of what was on display when we visited). While Picasso’s cubist periods are quite well represented, his blue and rose periods were each represented by only a single painting. And few of the paintings exhibited were among his best known.

The museum offers tours and posts descriptions that provide you with a fair understanding of Picasso’s history, including:

On our 2022 visit, the museum’s exhibit focused largely on his relationship with Marie-Therese Walter and especially their daughter, Maya. It included portraits of Maya and toys that he designed for Maya during World War II. Memorabilia included clothes and locks of his hair that Maya and her mother kept and descriptions and movies about the unusual life during which Piccasso regularly visited and integrated her into his life while being married to and living with other women duing the entire period.

All of this is certainly interesting as is the top floor of the museum that is devoted to his life (and his final marriage) at his Cannes “La Californie” studio. But between these and a less than compelling visiting exhibition of works of Farah Atussi, Picasso’s huge body of work got short stick. Some of the more interesting of his non-Maya/family focused works included a very accomplished portrait he painted of his father when he was only 14 and a few rooms that focus on specific periods of his career.

Picasso’s initial evolution from a strict classical style began with the depression into which he fell after the suicide of a close friend, Carlos Casagemas. This led directly to one of his most haunting paintings and to his blue period, which began in 1901. Paintings in this period not only relied on somber blue tones that only occasionally included other colors. They also portrayed subjects who were poor, despondent, and very thin. Although these paintings are popular now, he had difficulty selling them.

Picasso moved to his rose period in 1904. He employed brighter red, orange, and pink colors and earth tones. His subjects were more upbeat and included clowns, circus performers, and harlequins (which had a complex meaning for Picasso, including multiple changes of costumes and a need to disguise one’s true feelings).

During this period, Picasso developed a style that laid the basis for combining expressionism with classicism.

This led to Picasso’s increased interest in primitive designs and African tribal art around 1906. He moved away from representing what one sees, to what one thinks or understands about a subject. Then came experimentation with two-and three-dimensional mixed media works such as collages that incorporated materials such as newspaper, wood, and in at least one case, to a cigar box to bring depth to his work.

By 1909, Picasso and Braque had evolved further into proto- or analytic cubism. Their works focused largely on consciously deconstructing subjects into underlying geometric elements that represent views from different angles and the use of a more limited range of colors. Then came the maturation or evolution into synthetic cubism (1912-1919). Geometric shapes became more generalized and less pronounced, fading increasingly into one another. During this period he increased using different media in his work to more seamlessly integrate the real world and the symbolic world of a painting.

By the early 1920s, Picasso temporarily moved back to more classical, more representational styles as shown in a gallery that was devoted largely to Picasso’s portrayals of his first wife, Olga Khokhlova. In 1929, when a breakup was pending, he created one of his most poignant cubist renderings of his wife and the intense pain that each was feeling.

During this epoch, he began an affair with Marie Therese-Walter. While the museum does not have (or at least was not showing) any of her paintings (some of which are among our favorites), it does show some of the many “bather” works in which he deconstructed the human anatomy and reassembled pieces (in colors and textures that appeared more like stone than flesh) in contorted, almost grotesque ways. It also explained and showed some of the compositions he created from sand, wood, and other materials he collected along the Normandy Beach.

Picasso hated the killing, suffering, and barbarism of war. The late 1930s saw a civil war in Picasso’s native Spain. The 1940s had the outbreak of World War II, and the early 1950s, the Korean War. Picasso showed his feelings in his work: deformed bodies, funeral masks, dark colors (grays, blacks, and army greens), and the deformed metal-cast skull that he kept in the center of his studio. The late 1930s and his line-based “Spider Web” style with its sharp, angular shapes and impenetrable webs reflected the brutality of World War II and the Spanish Civil War.

Not all of his portrayals of these horrors were so generalized. His masterpiece Guernica (which we saw in Madrid’s Reina Sofia museum) was a direct indictment of the aerial bombing of a Basque town during the Spanish Civil War. And, as we did see at the Picasso Museum, he created another direct indictment of the U.S.’s use of overwhelming forces and modern weapons against women, children, and unborn babies during the Korean War.

In the late 30s, he and apparently some of his friends and dealers felt that he had gone too far toward abstraction (as with his of paintings of men with guitars, mandolins, pipes, and so forth), and he began to retreat to somewhat more realistic depictions. By the early 40s, when he was branded a “degenerate artist” by the Nazis and an “anarchist” by the French, his mood and palate darkened, his images reverted toward primitivism and he began creating images of materials including torn paper.

By the mid-1950s and 1960s, peace had returned. Picasso’s personal life was relatively harmonious and his palette and his subject matter lightened. He created bright and lively paintings, fun sculptures, and whimsical collages.

A small gallery contains self-portraits from very different stages in his career: 1908, 1938, and especially interestingly, a portrait of the artist as a young man in 1972—one year before his death.

Another section contains a number of works from Picasso’s own collection. Some he painted himself. Some he bought or traded because he liked them or they had an influence on how he approached art. Others were gifts from other artists. His own works, at least those on display, were generally bright and upbeat.

Those from other artists say much about what he liked—and from what he had learned. While this art represents a broad spectrum, one would expect to see African masks and a number of works by his stylistic forerunner Cezanne and by his Cubist colleague Georges Braque. While there are also works by artists including Deran, Rousseau, Miro, the greatest representation (in addition to Braque), was of work by Renoir and his friend/rival, Henri Matisse.