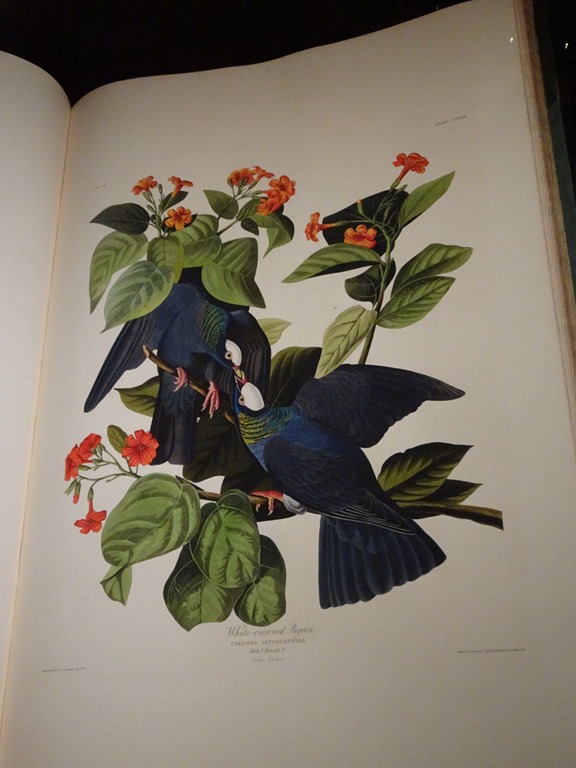 Whenever someone says Pasadena to me, I can only think of the song “The Little Old Lady from Pasadena”.  We were last in Pasadena California for the Rose Bowl Parade many years ago. If you haven’t experienced this, you should. But this time we were just there as part of a trip to the Las Angeles area. Our main purpose was, no surprise, museums

Although we have been to the Norton Simon Museum before, we always enjoy it.  We spent most of our time in the Modern Art galleries, with its extensive Impressionist and Post-Impressionist collections (in which Degas is exceptionally well represented, at the expense of some of our favorites such as Cezanne and Renoir). This being said, the collection does contain a number of wonderful pieces.

It continues on through a strong representation of Cubists (especially Picasso), Fauvists (Matisse) and a smattering of early- to mid-20th century American artists, including a wonderful three-panel Sam Francis mural. Among the other represented modernist artists are Vassily Kandinsky, Barbara Hepworth and Richard Diebenkorn.

The sculpture garden, which is set around a lovely pond strewn with water lilies, is dominated by some wonderful Henry Moore pieces, with representation by others, especially Aristide Maillot.

We also appreciated many of the sandstone carvings, and especially the hundreds of bronzes in the Asian collection, which is overwhelmingly dominated by Indian art, and the special exhibit of the Modernist work of Galka Scheyar, an Austrian artist who helped form the “Blue Four” (in association with Kandinsky, Klee and Jawlensky) and was selected to show and represent these artists’ work in the U.S.

We were, however, less enthralled by the other highlight of the museum’s collection—that of 14th– through 17th-century European art. Although we have did have a never been able to appreciate the 14th and 15th– century Italian and Spanish religious art that constitutes much of this collection, we did enjoy some of the later Northern European works by Rubens and Rembrandt.

It took us many years to finally visit this early 20th century estate. Once there, we asked ourselves “what took us so long”!. This place is amazing.  The complex contains many diverse components, most of which are world class. It begins with one of the country’s premier research libraries: a 9 million item collection of original manuscripts, first editions, rare books, prints and historical artifacts. The display is divided into sections, including bibles (especially one of the original Gutenberg Bible) and ancient, beautifully illustrated monastic books. The literature section contained Chaucer’s original Canterbury Tales, James Audubon’s monumental Birds of America and manuscripts from authors including Shakespeare, Thoreau, Jack London and Mark Twain and a number of John Muir’s original letters in which he lobbied for the protection of what is now Yosemite National Park. Smaller sections contain letters, manuscripts and first editions of documents pertaining to the Spanish conquest of the New World, founding documents of the U.S., suffrage, Californian history and a 1440 edition of Ptolomy’s Atlas of the Ancient World. 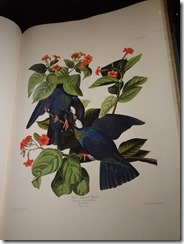 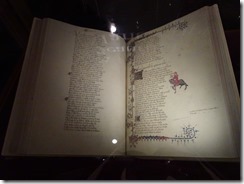 Much of the library’s exhibit is devoted to scientific manuscripts, books and artifacts. One section, devoted to original scientific observation and discovery, includes works and letters of groundbreaking scientists from Aristotle to Galileo, and Newton to Einstein. There were sections on natural history (including two walls of different editions of Darwin’s “The Origin of Species”). Other sections include those on medicine, electricity, energy and light. Exhibits include replicas of original telescopes and microscopes (though which visitors can peer), hundreds of types of vintage lightbulbs and hundreds of original prints. 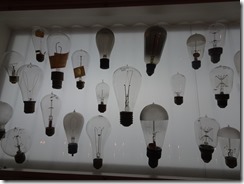 The estate also has two primary museums. The European Art Museum is housed in the Huntington Family’s incredible, beautifully restored mansion. While the mansion—and especially the huge, oak-paneled library—is incredible in its own right, the collection contains a broad range of furniture, decorative arts and fine arts. Paintings which consist primarily of 17th- and 18th-century British and French works, draw particularly heavily on English masters including Reynolds, Turner, Constable and especially Gainsborough. Among the museum’s masterpieces are Gainsborough’s the “The Blue Boy” (which was, unfortunately, out for restoration) and Thomas Lawrence’s “Pinkie”.

The American Museum, meanwhile, provides something of a retrospective of American Art, ranging from Colonial Folk Art through late 20th Century Abstract Expressionism and Pop Art. Artists from all stages of the nation’s history are represented, from Gilbert Stewart’s iconic portrait of George Washington, through Bierstadt’s American landscape paintings, Remington’s classic “Bucking Bronco” statue, Sargent’s late 18th century portraits, and through 20th-century pioneers including Hopper, Warhol and Rauschenberg. In between come many others including Eakins, Bellows, Benton, Steichen and Ruscha. Although the collection consists primarily of paintings, it also includes sculptures, decorative arts (including at least one Tiffany lamp) and even examples of early American quilts and furniture. Speaking of furniture, there are special exhibits of furniture from a few 20th-century masters, such as Frank Lloyd Wright and the firm of Green and Green. 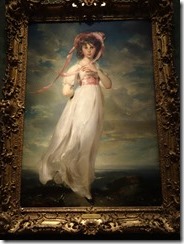 While one can easily spend a full day in the Library and Museums, you can easily spend many fascinating days without even entering one of the buildings. The estate onsists of 120 acres of gardens—more than a dozen different types and all styles of gardens containing more than 14,000 species planted in wonderfully landscaped arrangements. Although we passed by and through several of these gardens, we spend most of our time in four particularly large, beautiful and noteworthy gardens: 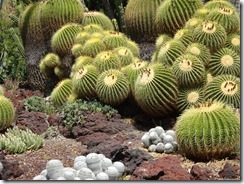 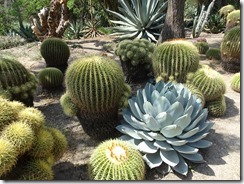 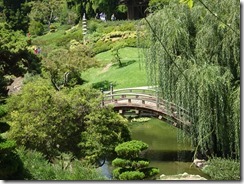 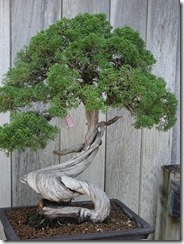 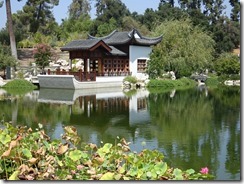 And if the gardens aren’t enough, the landscape is “littered” with a handful of sculptures, including a Calder. Overall, an amazing attraction in which one can easily spend several days—or several years if you are a scholar dong research.

We stayed at the Westin in Pasadena. Being gold members, they were very nice to us. The staff was well trained to acknowledge our status and to thank us. But they went way beyond the script and were very helpful The room very comfortable with robes and coffee maker. We also had a bottle of water for each person. We had an issue wityh the self-parking which was $12 if you had a hotel-validated ticket. We did, but the machine still charged us the full rate. A stop at the cashier fixed this.