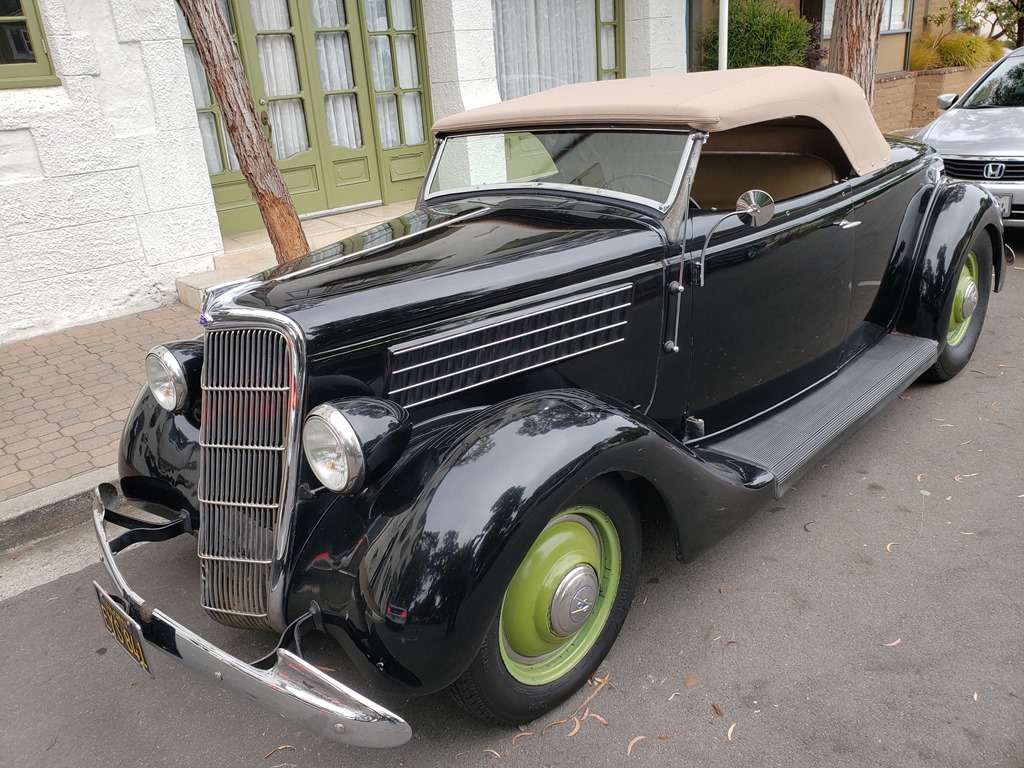 Pebble Beach Concours d’Elegance has been said to be the world’s premier celebration of the automobile. Whether it is or not, is an opportunity for car enthusiasts to see (and buy if they have big bank accounts) antique cars as well as to see new car debuts at this multi-day event at Pebble Beach. It is the flagship event of Pebble Beach’s Automobile Week, which started in 1950.

While we were unwilling to pay the steep ticket price (starting at $500 for general admission) to participate in all of the festivities, we did participate in some of the free events on a recent trip to Carmel.

Checking Out the Cars in Carmel

Normally Carmel is lined with the cars that will participate in the event. Streets are closed to allow drivers and viewers to mingle on the streets where people can drool over the cars and ask questions.  But in 2021, Covid canceled this part of the event. Still, many cars were parked along Carmel streets in the evening before the Tour d’Elegance. We joined others in taking pictures of some of them. 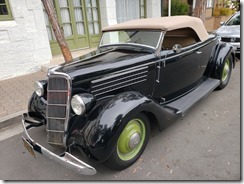 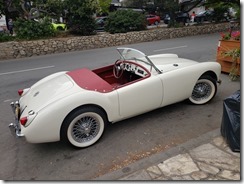 Tour d’Elegance or Parade of Cars

The next morning we staked out positions along the Tour route to watch the road rally phase of the Concourse. Cars are driven from Pebble Beach, past Carmel, and down Route 1 to Big Sur and back to Pebble Beach. It is intended to demonstrate the roadworthiness of the cars. We understand that sometimes cars may need some assistance as they drive the route. 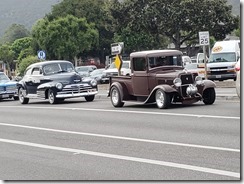 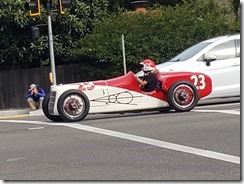 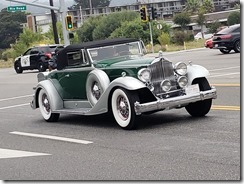 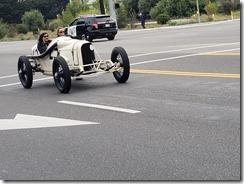 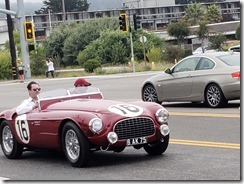 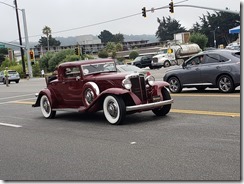 We then made our way to Pebble Beach to watch some of the first and fastest cars cross the finish line and to view many more cars, both those parked in some of the lots. 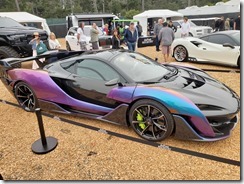 Then there were the cars displayed in tents, some of which had an admission charge and others which were free. 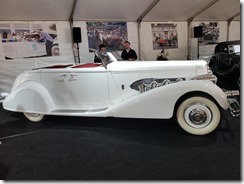 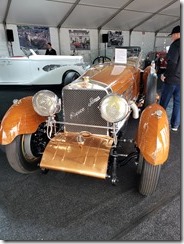 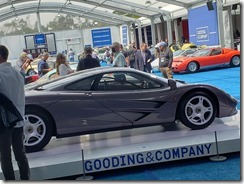 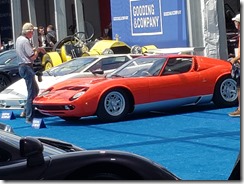 And this is not to mention especially historic cars that were outside of the tents, such as the 1909 Ford Model T that was the first to complete the Ocean to Ocean route from and a 1907 custom-built Winton bus (designed like a railroad car used for campaign whistle stops) for Pennsylvania governor candidate. 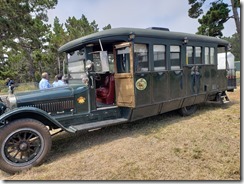 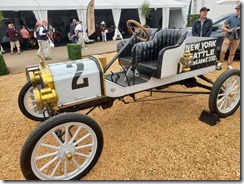 Nor does this include the vendor tents, such as that of Mercedes which welcomed you to view and discuss some of its newest models. One could sign an NDA to go into a secured area to view a pre-release car (you also hand to hand over your cell phone and cameras before viewing it). 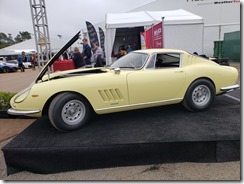 Another tent focused on automotive memorabilia, from full-size models of old-time gas pumps, original hood ornaments (some priced at several thousand dollars), and a model of the original Michelin Man. One could also buy auto-focused coffee table books, as well as high-end auto tools and leather tool kits that are de rigor for vintage display cars. 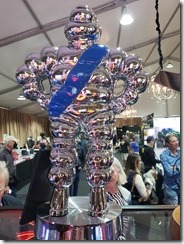 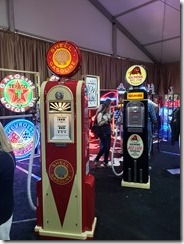 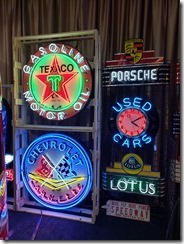 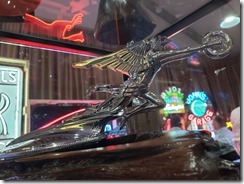 While it is certainly not the full Concours experience, it was a very nice introduction to the event.