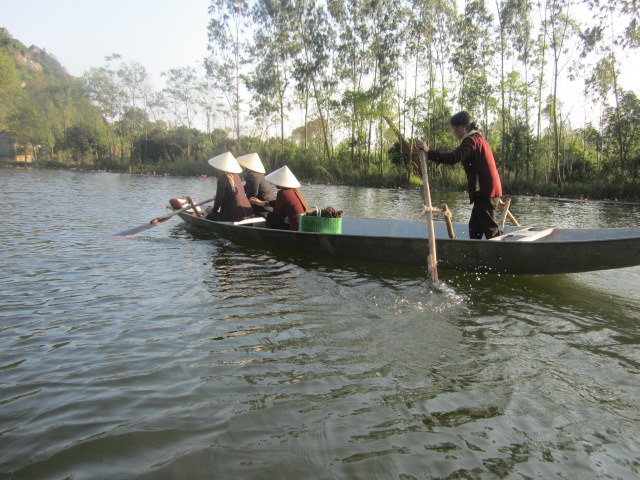 The Perfume Pagoda, named for the smell of the flowers that bloom in the spring, was built by a powerful lord in the 17th century. This temple, which is built in a cave high atop a mountain is one of the most sacred places in the country for Vietnamese Buddhists. This, combined with the beauty of the surrounding karst formations and the leisurely one-hour boat ride required to reach it, makes the Pagoda a place that most Vietnamese Buddhists go at least once in their lives. They particularly go on temple days of the 1st and 15th day of each Lunar month and especially during the Buddhist New Years period, when the temple hosts hundreds of thousands of people each day.

We went on an off day on which only a few people were visiting. The day trip began with a two-hour scenic drive south from Hanoi through small villages and past rice paddies, corn and soy fields, fields of banana trees and duck farms. This was followed by an hour sampan ride up Yen Stream to the base of the karst mountain on which it is located, up to the lower temples (and a stop for a very mediocre lunch at the restaurant that has a monopoly at the site) and then a cable car ride up the steep mountain.

The cave and the temple built inside it were indeed beautiful–the cave with its nature-carved features, stalactites and stalagmites, and the temple with its rows of Buddhas and deities arranged in order of importance. We then descended the mountain on a set of uneven, somewhat awkward 17th-century stone steps and reversed the boat ride and drive back to the city, arriving back at our hotel about eight and a half hours after we left.

A worthwhile day trip? It was okay, but It certainly wouldn’t make our short list—especially for the time that it took from Hanoi. We found our previous visit’s day trip to Tam Coc (a boat trip down a river through karst mountains and caves) to be more scenic and interesting.

Our guide, however, made this trip far more interesting than it would have otherwise been by frank discussions of the limited educational and especially job opportunities in the country (especially since the 2008 recession), the perceived value of government jobs (status, security, the role of corruption and the importance of payoffs in getting into good schools and getting government jobs. Overall, not a particularly encouraging picture. 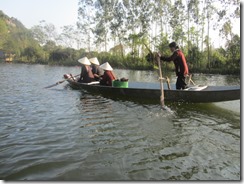 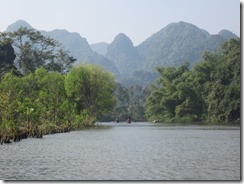 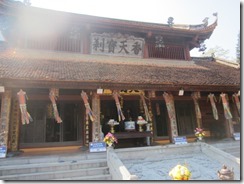 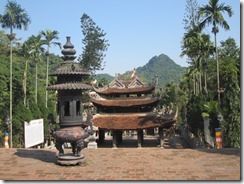