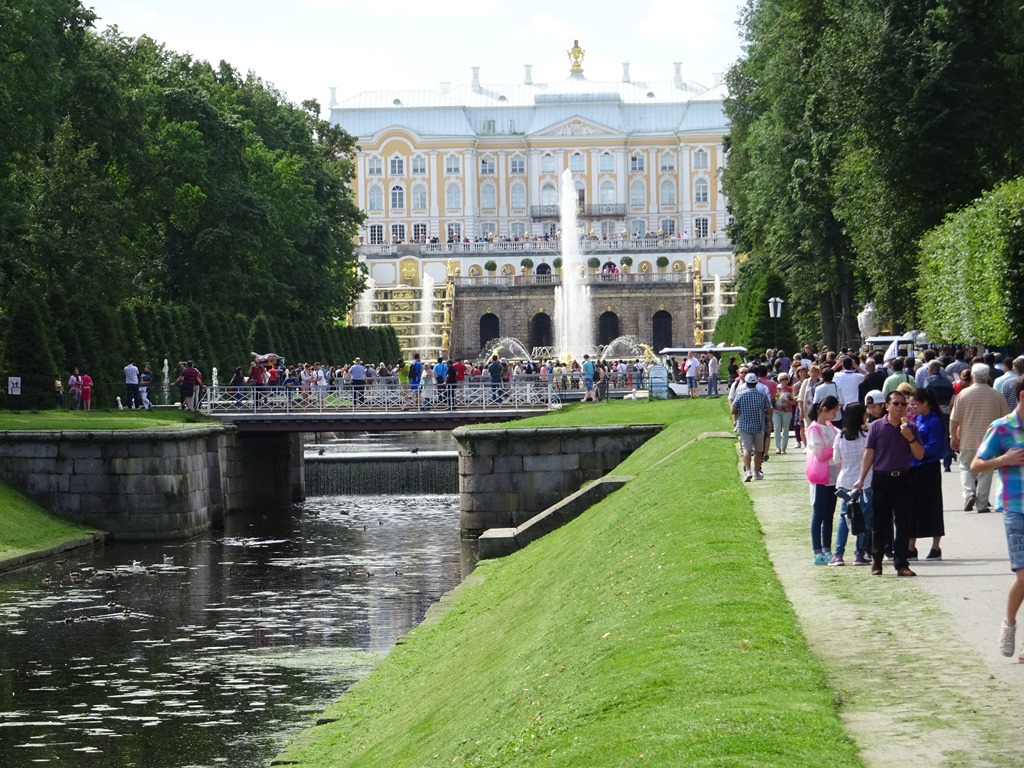 We made only one day trip out of central St. Petersburg—a 40 minute hydrofoil cruise to Peterhof, to Peter the Great’s Summer Palace. Describing it as a palace, however, dramatically undersells the amazing site. We were told that he palace, while very large and in a majestic setting, is dispensable. Indeed, after the Hermitage (not to speak of Versailles and other palaces, it is superfluous. We, in fact, had no choice not to visit the palace anyways since the day we went, the palace was closed for its weekly cleaning.

So why take an hour and a half round trip to visit a palace that you don’t plan to go to anyway? The answer: for the gardens. The Peterhof gardens are absolutely spectacular. Even the Versailles gardens pale in comparison.

The majesty begins from the moment you step onto the docks and through the gate. You are right in front of a long canal, lined with statues and surrounded by lines of manicured trees, that lead to an lovely pool, an incredible fountain and a manmade set of cataracts that lead your eye up, to the top of a hill to the huge, ornate, gold-roofed castle, flanked on either side by gold-topped chapels. And speaking of gold, the pool, fountain and mad-made cataracts are lined by gold statues of what appear to be Roman guards. 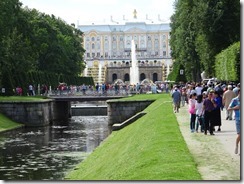 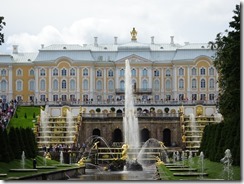 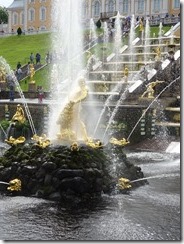 The entire site is nothing if not majestic—a setting that seems totally appropriate for the royal founder of modern Russia.

Although this is clearly the centerpiece of the gardens, there is far more to the experience than this narrow stretch from the river to the palace. The grounds occupy several square miles of manicured lawns. The area near the center is filled with dozens of continuously and meticulously tended formal and exotic (including one Chinese-themed) gardens, flower gardens, flowers, sculpted trees, several smaller, but still sumptuous palaces, dozens of ornate pavilions, aviaries, beaches, marshes, ponds and above all—water features. Dozens of water features ranging from the whimsical to the magnificent. 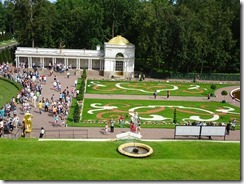 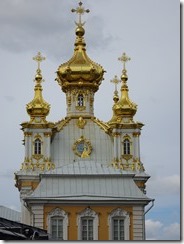 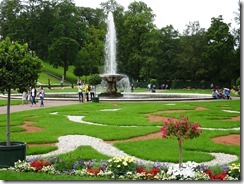 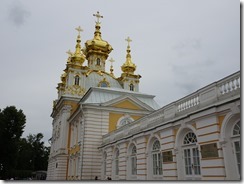 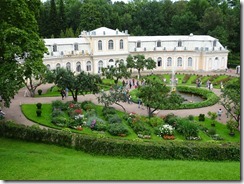 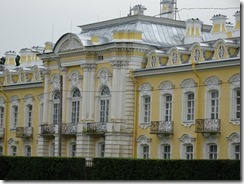 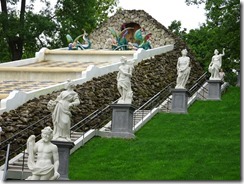 There are, for example, two other cataracts flowing down either side of the hill, well away from the lavish central falls. Then there are fountains—dozens of fountains of every shape and size. Some are whimsical, such as the trick fountains that spurt from several metal tulips and are accompanied by rows of smaller fountains that spray arcs of water and apparently random schedules, providing showers to the children who crowd through them. And for the less spontaneous, there is the Road of Water, a section of path that is surrounded by nozzles that spray continuous arcs of water over the path for several minutes at a time, on the hour, three times a day. 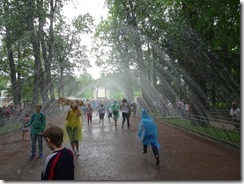 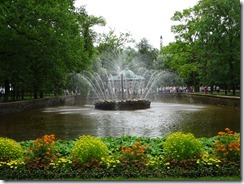 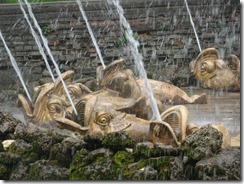 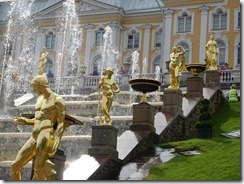 There are also many more formal fountains, such as the Lion Fountain, the Montplacier Palace Fountain and the fountain between the park’s two aviaries 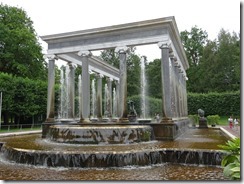 The grounds become less formal, but still beautiful as you move beyond the center to the further reaches: Acres and acres of forested, but still fully maintained lawns that are lined with irrigation trenches that channel the water from the cataracts and fountains to the flowers, the trees, the lawns and ultimately, to the river. 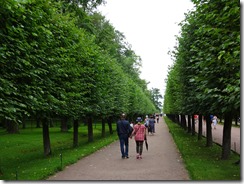 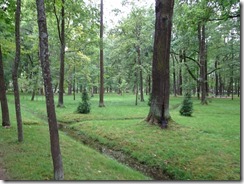 The park also has several small museums. These include a Treasury Museum (jewels and jewelry), a royal yacht museum, and for those who never managed to score and invite to a royal ball, a museum that describes and provides pictures and artifacts of royal dinner parties, balls and costume parties.

And in addition to several refreshment stands and a cafeteria, it also has a formal restaurant:

Shtandard, which is located in the gardens, offers a range of appetizers and fish and meat dishes. We had one of the fishes (foil-baked whole trout stuffed with tomatoes, red onions, tarragon and cilantro with herb butter) and another dish with which we tried (albeit not totally successfully) to recapture the taste of a dish Tom’s grandmother and mother used to make—stuffed cabbage leaves with a mixture of ground beef and pork, rice and onions with stewed tomato sauce. Not bad