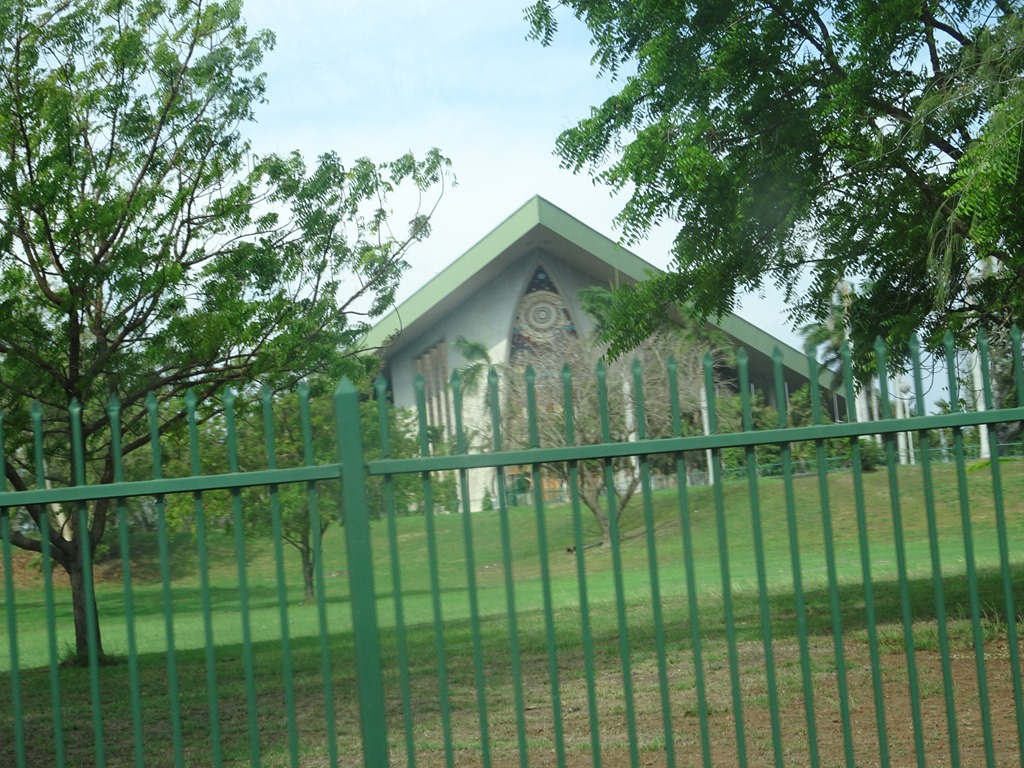 Our trip to Papua New Guinea (PNG) began in Port Moresby, the country’s largest city which was discovered and initially settled in 1873 and now has more than 250,000 residents. As the nation’s financial and business center, it is replete with office towers, traffic jams and some huge outdoor markets. As the capital, it is home to the country’s parliament and executive and administrative offices. Given that we had only a few hours in town, we were limited to stops at two of the city’s highlights (the National Museum and the Nature Park) and drive-byes and fast photo stops at server others. Among the photo stops and drive-byes were the:

Our museum and park stops provided greater opportunities for exploration. 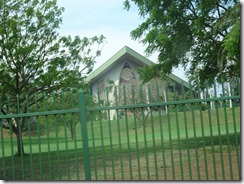 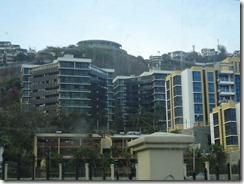 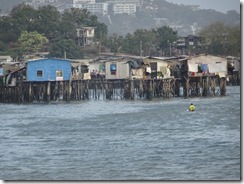 This museum is short on history and context, but long on historic artifacts of and more contemporary representations of PNG’s traditional culture. While it does not provide details of the history of the people of the much more recent history of the country (discovered by Westerners in 1873, gained independence from Australia and became an independent country in 1975), its collection is indeed impressive.

One section of the museum has many examples of war shields, masks, hook figures (images of people and deities with hooks that allowed them to be hung from rafters), drums, and many other items from different regions and periods of the 3,000 year-old civilization. We were especially blown away by one incredible feathered headdress that included not only beautiful parrot and bird of paradise plumes, but in a couple cases, entire preserved birds. Another display focuses on ornamentation, especially those made with kina shells, which used to be used as currency. (Kina shells are oyster shells that have been ground down and polished to the state of translucence, with the mother of pearl color, pattern and texture displayed on each side.) There are smaller displays of woven baskets (which were primarily made and used by highland clans) and damarau, which are complexly decorated storage pots.

The other, smaller wing of the small museum, which has even less signage and historical context, focuses on two types of artifacts:

· String bags which were used primarily by lowland clans for carrying items for which highland clans used baskets; and

· Boats, which included two full scale models (a roughly 60 foot-long dugout canoe and an elaborately decorated outrigger-style boat. It also had about a dozen smaller replicas of many different styles of outrigger-style boats, albeit without any labels, explanation or historic context.

Although the museum does not allow pictures to be taken inside, it also have a large traditional drawing and a number of wood carving around the outside. Although there were again, no labels of descriptions, pictures were allowed. 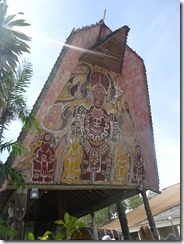 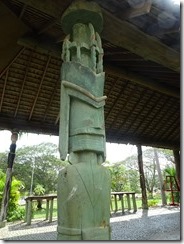 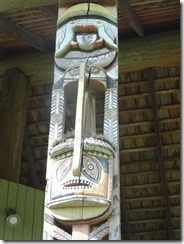 The entrance to the park is marked with a few wood-carved totems (which are traditional symbols of greeting) and deities (which are viewed as protectors). While housed in a pretty forest, the park is known primarily for its wildlife. Although most or this wildlife is fenced in, the hundreds and hundreds of large fruit bats, which nest in the parks trees and fly continually through its skies. Among the more interesting of the park’s more permanent inhabitants are:

And then there was the adorable possum, resting peacefully in the crotch of its own tree, but looking warily at all those people staring at him.

The park also has a large collection of colorful birds including three Birds of Paradise species (including one where we captured but glimpse of his long crimson tail), several types of parrots, yellow-faced myna, and the majestic, blue, spectacularly plumed Victoria Crowned Pigeon. 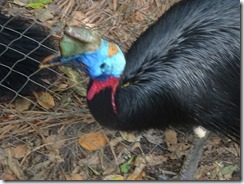 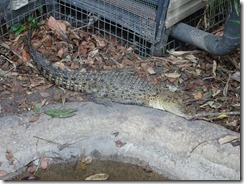 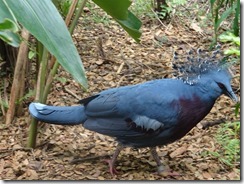 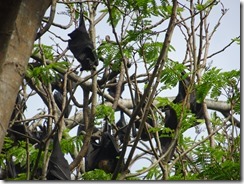 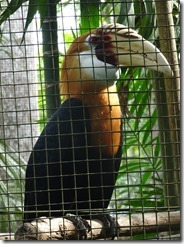 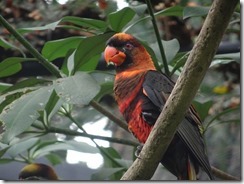 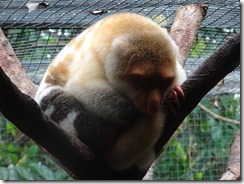 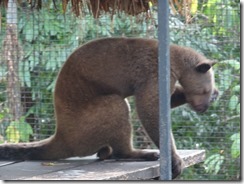 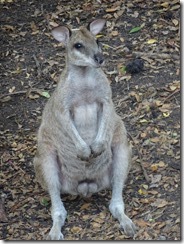 But while the animals were certainly the stars of the park, some plants, such as some of the more unusual ferns and two particular types of trees (the giant, plane-rooted fig and the aerial-rooted Pandamus). And then there were a few of the particular pretty flowers and the betelnuts which, as treated with lye and mustard seed, produce the black teeth that characterize so many of PNG’s residents.