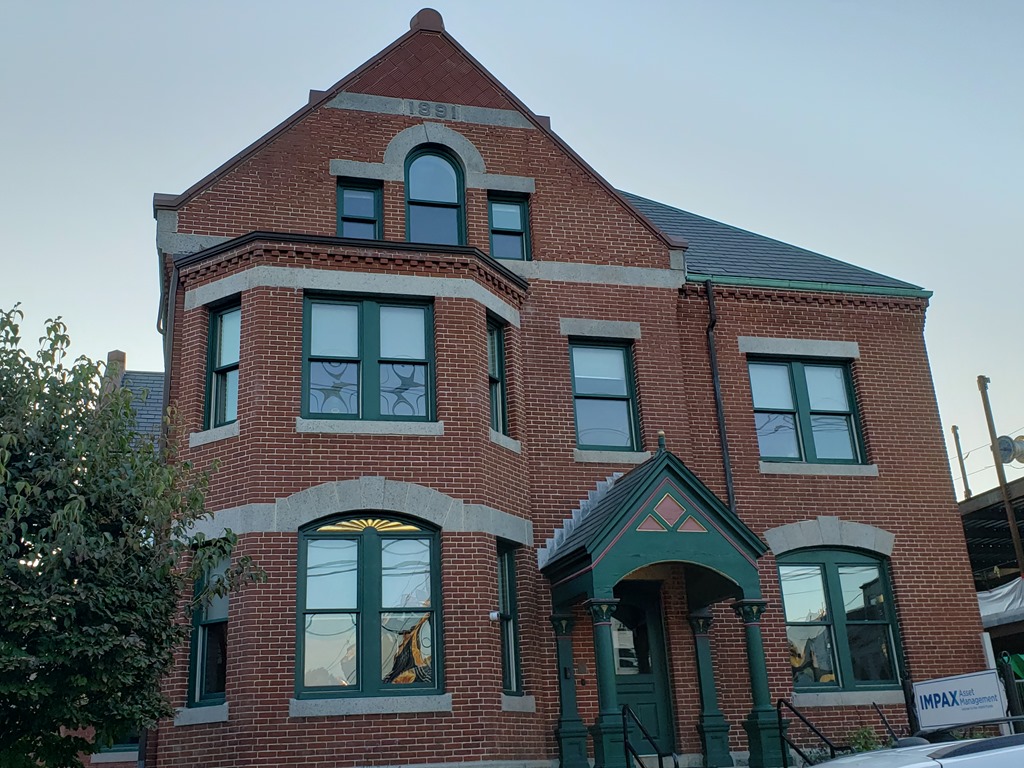 Portsmouth New Hampshire is a 20,000-person city on New Hampshire’s coast. It was founded in 1630, seven years after the first settlers bypassed the site in favor of one that was two miles to the east. Initially, Portsmouth was a fishing and farming community. It soon capitalized on its abundant timber to become a shipbuilding center and a center of the triangular trade route with Great Britain and the West Indies. It then developed into a more diversified manufacturing and tourist economy. As it is a mere 60 miles from Boston, it is an easy destination for Boston workers who prefer to live in a lower tax state. And, of course, it is a favorite tourist destination, especially in the fall foliage season.

Today it continues to be a very beautiful working seaport.

We recently visited Portsmouth New Hampshire as part of a fall leaf-peeping trip. We especially enjoyed walking around some of Portsmouth’s neighborhoods that were filled with restored brick buildings that were steeped in history. 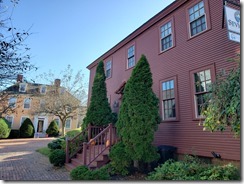 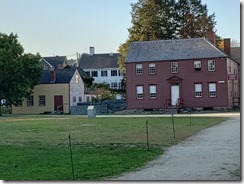 These neighborhoods only scratch the surface of the city’s historic spots. Unfortunately, most of Portsmouth’s history is limited to the last 200 years. A series of devastating fires in 1802, 1806, and 1813 wracked the city and destroyed many of the older wooden buildings in the early 19th century. The city’s fire risk, not to speak of its character, changed in 1814 with the passage of the Brick Act. This act mandated that structures be built in brick and have slate, gravel, or tar roofs.

Fires notwithstanding, the old town area contains dozens of historic buildings and many of the newer vintage homes and commercial buildings have adopted traditional styles. 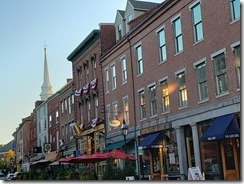 Some of the historic buildings of particular interest include: 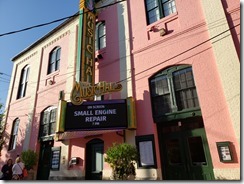 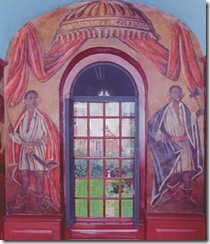 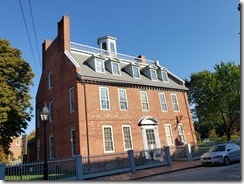 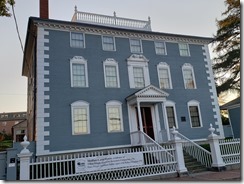 Meanwhile, Prescott, which stretches a few blocks between the riverfront and Strawberry Banke, features a lovely flower garden and somewhat less than lovely views across the river. 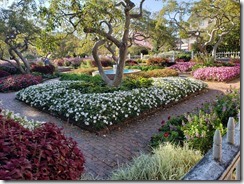 We stayed in Portsmouth for one night and joined friends for dinner at Ristorante Massimo, an Italian restaurant. Atop the complimentary plate of small bites, the two of us split Kobe beef meatballs with tomato sauce and ricotta and had two entrees (which neither which we came close to finishing) of tagliatelle carbonara with truffle parmigiana crema, peas and prosciutto; and grilled veal ribeye with roasted bell pepper sugo and demi-glace. As if this weren’t enough, our friends insisted that we have the very good tiramisu, which did live up to its exalted billing. Definitely a great meal and a good place to eat

We stayed at The Sailmaker’s House, a boutique hotel in the historic area, right near the harbor. It was an interesting combination of historic (old creaking wood floors, old double-hung wooden windows, and very steep stairs) and comfort. The building has no front desk. Guests are given a code for the front door and your room as there is no front desk. In the main area, they provide a variety of small bagged snacks and fruit along with coffee and tea. The room was a very comfortable room with AC and good wifi. If carrying a suitcase up very steep stairs is not your thing, they do have rooms on the ground floor.