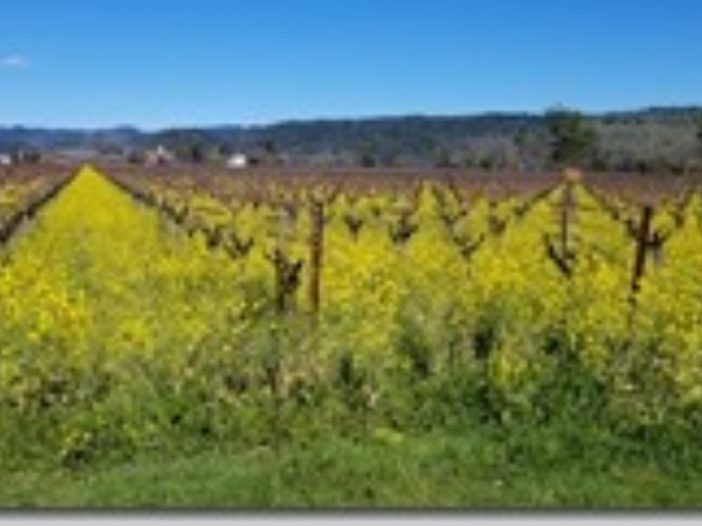 Premier Napa Valley (PNV) is an interesting event. Wine sellers, including retailers and restaurateurs, as well as members of the wine trade and media descend upon Napa Valley to primarily taste new vintage Napa Valley Cabernet Sauvignons and one-of-a-kind limited production wines. It is a four-day event filled with an opportunity to mingle with vintners and for the chance to bid on unique wines at auction that are created especially for this event. And what a great time to visit Napa when the mustard is in full bloom.

The event begins with an afternoon trade briefing and lunch and premier dinner events at many of the valley’s wineries. It proceeds through two days of tastings of the wares of each of the county’s 17 sub-appellations, with most brought together into a single venue dedicated to each appellation. The festivities culminate with an auction where vintners offer pre-release futures of 20-case lots of custom-made wines (called PNV vines)  to the highest bidder. The proceeds of the auction support the Napa Valley Vintners’ mission to promote, protect and enhance the Napa Valley. This year’s auction raised nearly $3.7 million.

The weekend then winds down with a couple of after-party celebrations.

The events, venues and times, are held in relative secrecy and are technically invitation-only. Attendees can taste as much as their time permits.

We attended more than a dozen tastings and parties during the short time period. While the tastings highlighted the wineries’ PNV auction wines, most wineries also offered some of their regular premium wines…both to show how their PNV wine might taste with some age and also to showcase their wines to attendees. Napa Valley’s famous Cabernet Sauvignon’s were the overwhelmingly offered wines. But many vineyards also offered tastings of a handful of whites, Merlots, Cabernet Francs, and even a Pinot Noir or two. Of course, everyone has their own types of wines that they like. While we enjoyed many expensive wines, we also tried to seek out some more affordable wines.

The following are some of our favorites, from each appellation.

We also enjoyed some of the PNV limited-release wines that were created specifically to be auctioned at Napa Premier’s closing evening charity auction. We especially liked the 2017 Alpha Omega To Kalon and Acumen’s 2017 Cabernet.

Yes, we did find some more affordable (at least in terms of Napa) cabernets:

Yountville produces a wide range of grape varietals, including Sauvignon Blanc, Cabernets and Petit Syrahs. Our personal favorites that we tasted were:

Among our more affordably-priced favorites were:

Oakville has some great Cabernets. We especially enjoyed:

SLD is our traditional favorite Napa sub-appellation. Not surprisingly, we enjoyed a number of the wines including:

Coombsville AVA is known for its Cabernet Sauvignon and other Bordeaux varietals. We were particularly impressed by:

Most of the 20-case wines that were to be auctioned were available at each tasting. But another event provided an opportunity to taste a number of the auction wines in one location. It also included a Vintage Perspective blind tasting where you could taste 3 years of the same wine to see the difference between the years. The tasting included verticals of twelve recent vintage Napa cabernets and eight chardonnays, each selected to participate via a juried blind tasting. After making your notes, you could find out which wines you liked in a booklet. Among our favorites from the vertical cabernet tasting were the

Maybe next year we will taste the chardonnays.