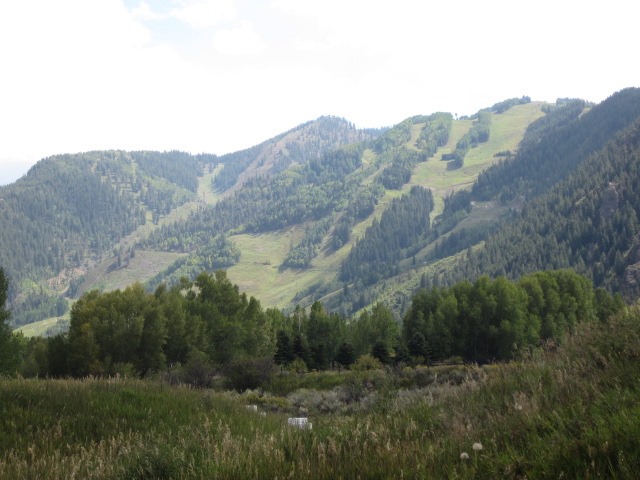 We recently had an opportunity to get back to Aspen, Colorado. After a quick walk through the town to reacquaint ourselves with the town and its many galleries, we stopped to see the wonderfully renovated Hotel Jerome  and the greatly expanded Aspen Art Museum. The renovation of the Jerome lived up to its billing and the museum is a lovely and functional structure, complete with a rooftop cafe. The museum, however, is totally dependent on temporary exhibits and those that are currently on display were of mixed interest, at least to us. Most interesting was the display of temporary cardboard and paper structures that can be quickly and inexpensively transported to and erected in a disaster site. 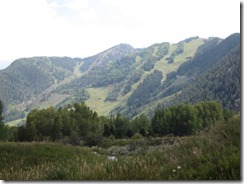 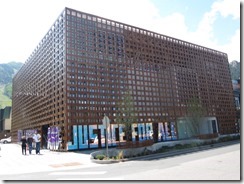 Although sightseeing is fun, our primary interest was in taking advantage of the area’s natural beauty. We took a 4-mile walk through Aspen Meadows along the Meadows and Rio Grande Trails, and then a roughly 4-mile hike along the lower Hunter Creek Trail and a venture into the Maroon River wilderness and Maroon Bells State Park. 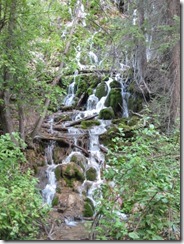 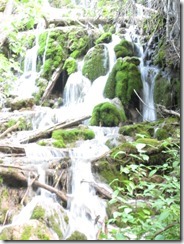 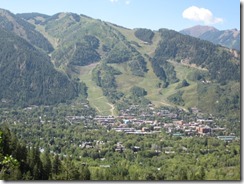 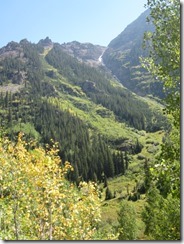 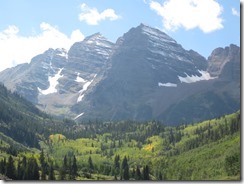 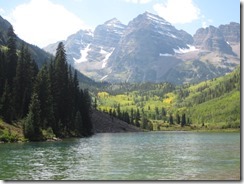 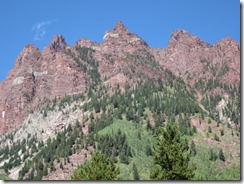 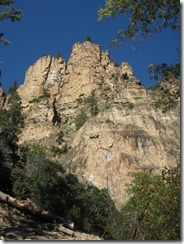 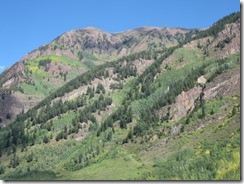 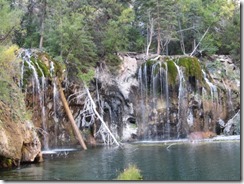 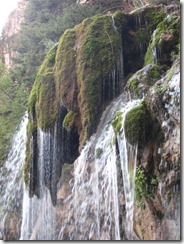 Although it has been about three years since we last visited Aspen, the restaurant scene appears to have changed little. We found most of the same restaurants as in our previous visits. The top restaurants in the city continue to be: Pinion, Matsuhisa, Pine Creek Cookhouse, Element 47 (which replaced Montagna at the Little Nell Hotel) and the Steak House. And one new addition, the casual Ajax Tavern (also at the Little Nell). We had chances to try three of these restaurants.

We have often walked through Aspen Meadows and attended a few concerts at the Aspen Music Festival. But we have never stayed at the Aspen Meadows Resort at which the Music Festival and the Aspen Institute are located. Although we have not yet made it to an Aspen Institute event, we did finally get to stay in the Bauhaus-style resort. The buildings are architecturally interesting and the rooms, in accordance with Bauhaus principles, were functional, unadorned, and comfortable. While they certainly were not luxurious, they were nice. Besides, resort guests are not expected to lounge in their rooms. They typically spend their time at concerts or lectures, in conversation spurred by the exchange of ideas at the Institute, or experiencing nature along the area’s many trails. 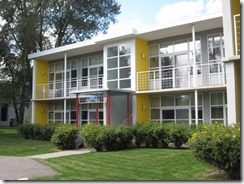 Although our time in Aspen was short, what trip would be complete without a few minutes to admire a few of the homes in a town where the average home is worth more than $5 million. Some, such as in the city’s fashionable West End neighborhood, are nicely restored or rebuild Victorians. The larger, more adventurous buildings are typically in the surrounding mountains, such as along the ultra-ritzy Red Mountain Road.