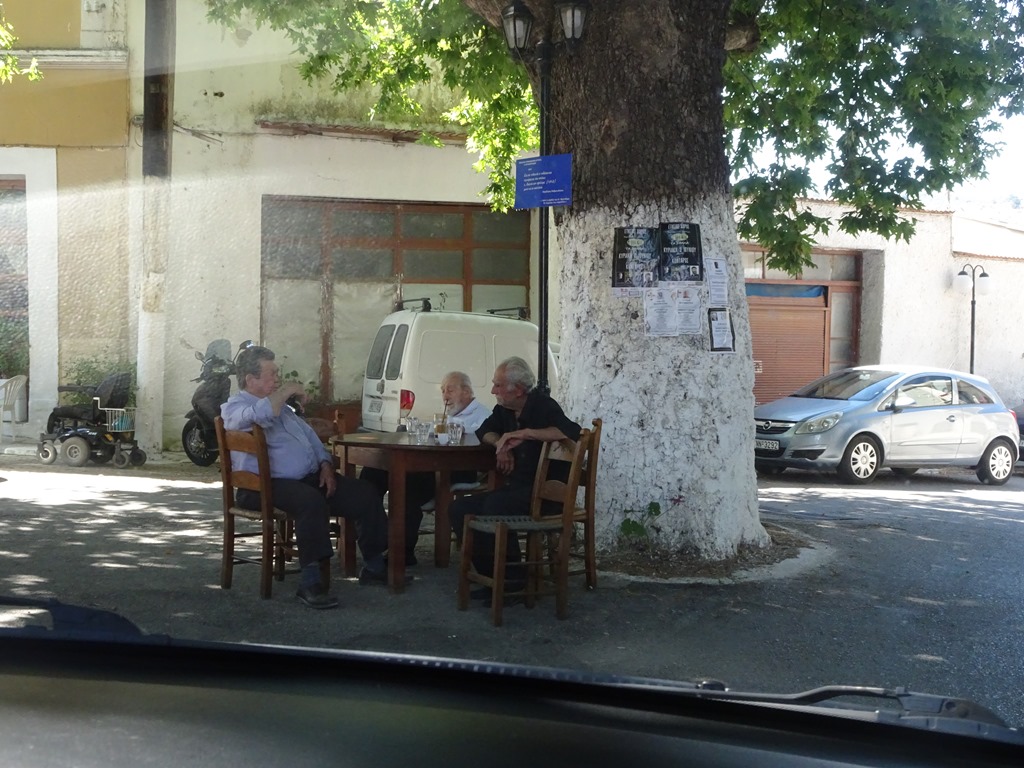 The Long Road Back to Heraklion

As we ended our time in Crete Italy, we had to drive from Chania back to Heraklion to catch a ferry to our next island, Santorini. With a day to make the journey, we took some of the roads less travelled, off the highway into some small towns and up into the mountains. We began on the highway, passing beach resorts and sandy beaches separated by rocky outcropping, all while on a highway lined with flowing bushes.

Exits from the highway took us to: 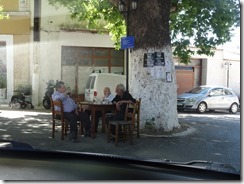 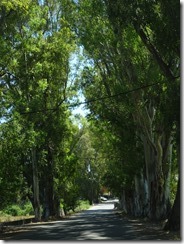 Then, for some variety, we took a longer detour, this time, way up into the mountains to a remote mountain village Anogeia. While Joyce (the driver) cursed the twisty narrow road, even she said it was worthwhile.

Anogeia has seen its share of problems since it was first settled in the 13th century. As a hotbed of Ottoman resistance, it was destroyed—twice—by the Turks, only to be continually rebuilt. Then, in the mid-20th century, after resisting the German army, it was again destroyed, and again rebuilt. The village celebrates its spirit with statues of a number of its past resistance leaders. 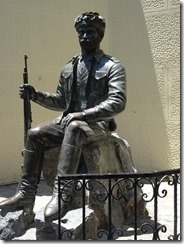 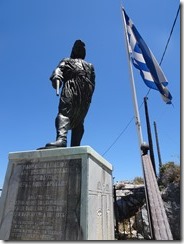 It is, however, know known primarily for more placid endeavors. It is now one of the island’s primary artisan embroidery and rug-making centers, with a couple of its small streets devoted almost exclusively to shops selling these wares. 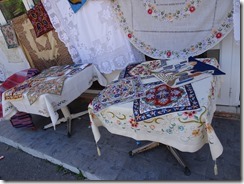 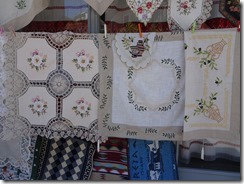 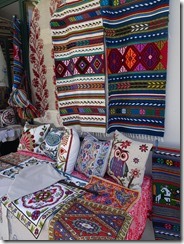 Anogeia also has another local specialty: grilled lamb that is prepared on the same type of vertical grills used by Melina, where we ate in Rethemno. In fact, so common is the dish that all three of the outdoor tabernas in the town square offer it as one of only about half a dozen dishes.

XinoyphE, pronounced something like “Chiuli” We chose to eat at this restaurant (none of the people who worked at the restaurant could write, or really speak English.) We had four of the six dishes on the menu. We split a Greek salad and Joyce had spaghetti loaded with shredded parmesan, to which she added some of the many delicious tomatoes in the salad (quite nice, although she would have preferred more moisture). Tom began with two grilled lamb dishes: first the offal, which was primarily liver and kidneys wrapped in intestines (not bad) and finished off with grilled lamb shoulder (which he enjoyed). 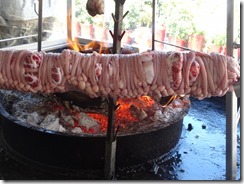 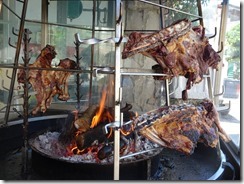 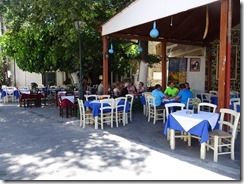