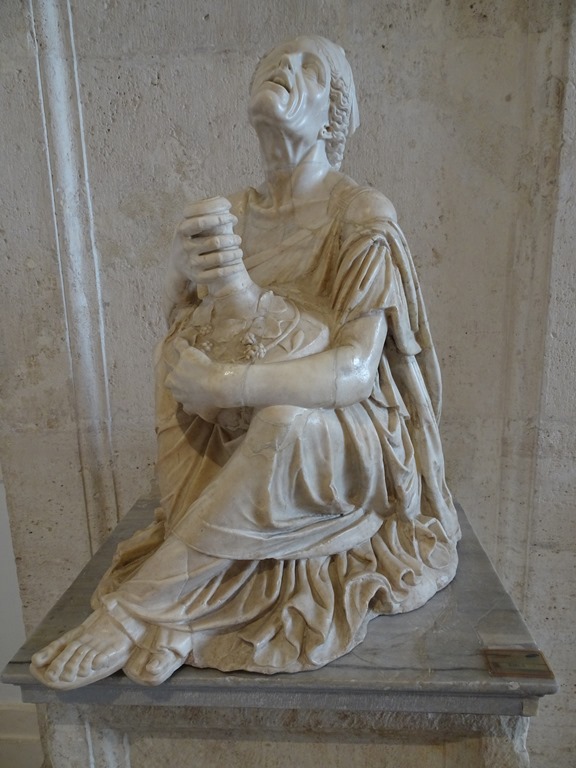 Palazzo Nouvo provides highlights of some of the Empire’s most spectacular sculptures. While most are representations of emperors (as in the Hall of Emperors), Greek and Roman philosophers (as in the Hall of Philosophers), gods and soldiers, a number also represent average and, in the case of one of a drunken woman, not so-average citizens. 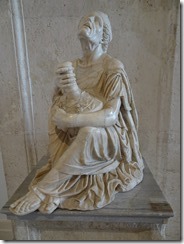 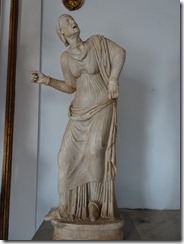 Among the more impressive of these are those of Mars, Venus, Alexander Severus and two of dying warriors; one Roman (a fascinating example of a sculpture of a discus thrower converted into a wounded soldier and one of a dying enemy (from Galatia) warrior. 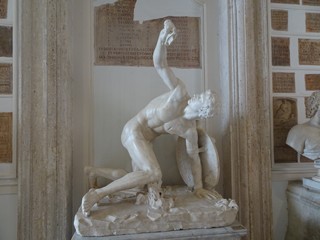 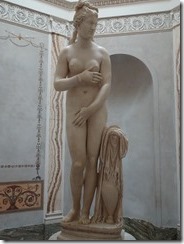 Palazzo dei Conservatori, which used to be the magistrates’ quarters, is partially a piece of art in of itself (as with the frescos and coffered ceilings of the Hall of Horatai and Curiatii, Hall of the Captains, Hall of Triumphs and Hall of Hannibal) and a gallery of all forms of European art from the Empire through the Renaissance and beyond. 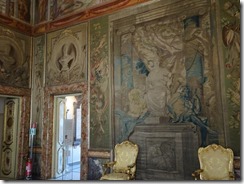 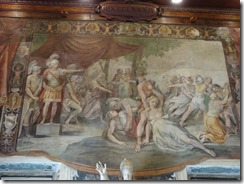 Some art galleries, for example, are devoted to specific forms of art, such as one whose walls are lined with tapestries celebrating the virtues of Rome, a few devoted to Roman pottery and several with paintings. 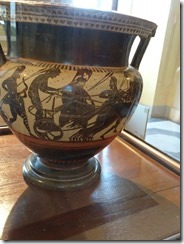 Among the more noteworthy of the many paintings were Cortona’s The Rape of Sabine Women, Caravaggio’s St. John the Baptist, Guercino’s Burial of St. Petronilla and Peter Paul Reubens’ Romulus and Remus. 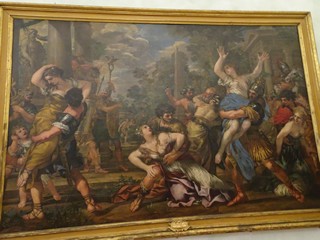 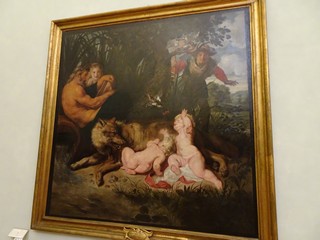 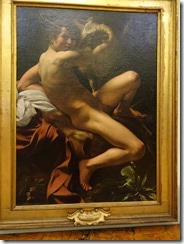 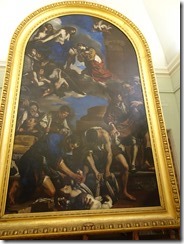 This museum also has many of its own noteworthy sculptures. These include the original of the Piazza del Campidoglio’s Marcus Aurelius equestrian and She Wolf (Remus and Romulus suckling the wolf) and a number of other well-known marble pieces, including Boy with Thorn, Medusa. And this is not to discount a number of the marble sculptures, such as the hyper-expressive Two Athletes, the poignant Lion Attacking Horse and an extraordinary sarcophagus depicting a boar hunt. 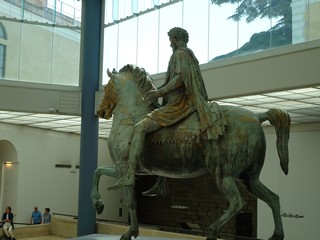 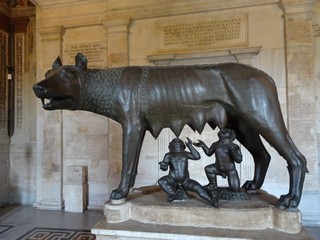 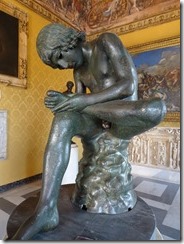 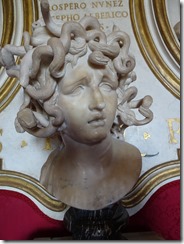 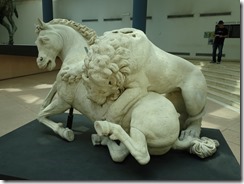 It also contains a number of very impressive bronzes including a Roman chariot Hercules, and remnants (including the Head and Helmet) of a colossal (an estimated 10 meter-tall) 330 AD representation of Constantine. 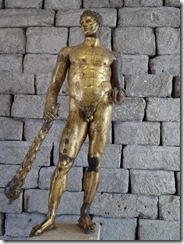 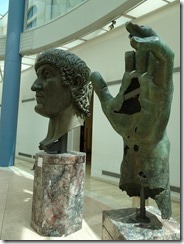 The two museums are linked by a tunnel that runs beneath the piazza. Not to waste precious space, it is lined with extensive descriptions and artifacts of ancient Roman infrastructure (especially roads and aqueducts), buildings and architecture, laws, games, cults, trades, professions and the composition, status and roles of the Empire’s aristocracy and army.