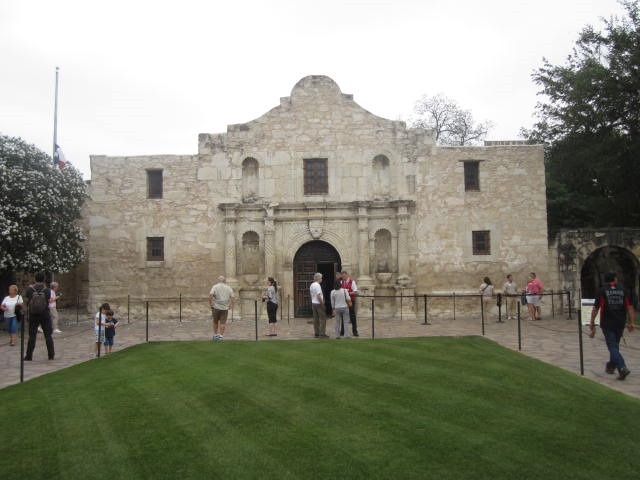 San Antonio is Texas’s second largest city. Considering its size, however, it is very accessible. It is also pretty and hospitable. Its tourist appeal centers largely on two of the city’s two most iconic sights:

But while it is absolutely worth visiting both of these attractions, San Antonio has much more.

When one thinks of San Antonio, or indeed, the history of the entire state, one thinks first of the Alamo. It is indeed an impressive sight. More impressive yet is the history of the building and its role in shaping, symbolizing and telling the story of the state’s independence and self-reliance. The Daughters of the Republic of Texas raised the money to renovate and operates the site does an incredible job in bring this story to life.

An excellent introductory narration humanized the famous defenders (especially Jim Bowie, Davy Crockett and William Travis) as well as Santa Anna, the general of the Mexican army that sought to subdue the territory’s rebellion, explaining their motivations. It highlighted the futility of the battle and the sacrifices of the 200+ volunteers who accepted certain death (not to speak of the future of their families) by defying a 5,000-person army that was ordered to take no prisoners. It also debunked many of the myths perpetuated by legend and the John Wayne movie, such as by explaining that the state of the weapons allowed each defender to get off only one or two shots before they were engulfed by the attacking army.

The following History Channel movie and detailed multi-room interpretive display provided the facts—the history of Texas settlement, the reasons that the initially satisfying relationship with Mexico soured, and the role of the Alamo battle in the broader war for Texan independence.  Alamo Park also has a very pretty garden, a huge, ancient oak tree and, of course, a large gift shop.

San Antonio, after building locks and new channels to protect the city from another devastating flood, has taken full advantage of its river. It turned it into one of the city’s premier tourist attractions and the centerpiece of its tourist economy. It renovated and gave new lives to hundreds of historic buildings along its banks, used its waters to create lovely waterfalls and features and even integrated it directly into some buildings (such as the Hyatt Hotel) and designed a few (especially the convention center) to accentuate it’s now tranquil waters.

Sure, the River Walk has been totally commercialized and is filled with restaurants that (from what we expected and were told—although we didn’t try them ourselves) may be mediocre. It is, however, still lovely and makes for a relaxing stroll. It is even fun and interesting to take one of the River Walk boat cruises, where you learn about the history of the river and the buildings. It is especially nice in the evening, when the restaurants are filled, the bridges and water features are lit, music is playing and tourist-filled river boats are plying the waters.

And, as we discovered on a venture out of the city, River Walk extends well beyond the downtown area, where a walking/biking trail stretches miles outside the city and is dotted with parks, tables and grills, where people can eat and even cook their own meals. This area (as is the case with much of Hill Country) is especially lovely in springtime, when the wildflowers are in bloom.

Other City Neighborhoods and Attractions

While you are in the downtown area, you can also make brief stops at a few of the city’s other sites. These include: 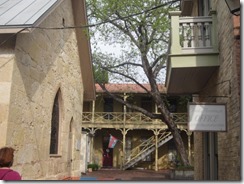 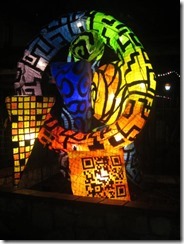 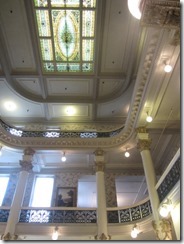 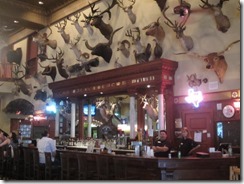 For our money, however, the most interesting part of the city (other than the Alamo and the River Walk) is the Southtown area. This is the location of some of the most beautiful old homes (especially the King William Historic District), the still aspiring BlueStar Art Complex (build around the BlueStar Brewery and brewpub) and many of the city’s best and hippest restaurants. 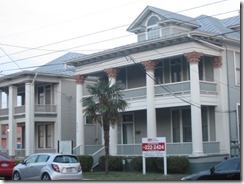 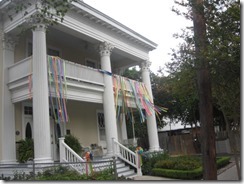 We also ventured about five miles south of the city to visit the really historic (250 years old) Mission San Jose National Historical Park. This so-called “Queen of the Missions”, the largest Spanish Mission in the U.S., has been fully restored. Although we managed to just miss the last tour of the day, the introductory movie, the visitor center and interpretive exhibits within some of the restored buildings did provide more than enough information to help us understand how the mission was used and the lives of the missionaries and the Native American residents.

And since the driver of the cab we took from the city to the Mission told us of the River Walk Park, we even took a lovely, wildflower-filled walk back to the city, where we conveniently exited the path at the Blue Star Arts Complex. Had we realized the distance and the convenience of the city’s B-Cycle Bike Sharing program (with pick-up and drop off spots right outside the Mission and in the BlueStar complex) we would have taken bikes. 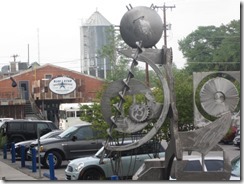 After a brief BlueStar refresher, we took a self-guided walking tour of the King William District and ate dinner in Southtown. Since the neighborhood has so many good restaurants, we couldn’t decide on just one. So we didn’t. We decided on a grazing dinner, with dishes at two of the neighborhood’s restaurants and one of its food trucks.

To our culinary surprise, we found the San Antonio restaurant scene (at least in Southtown) to be more interesting than we expected. Our grazing, and second night formal restaurant stops included:

We did, however, eat at one downtown restaurant. Since we didn’t have time to venture down to Southtown (of course!) to visit Rosario’s, the city’s most highly recommended Mexican restaurant, we visited the second choice:

Then we also had to make a stop at at one more extraordinarily highly recommended restaurant, or rather food experience, for breakfast: