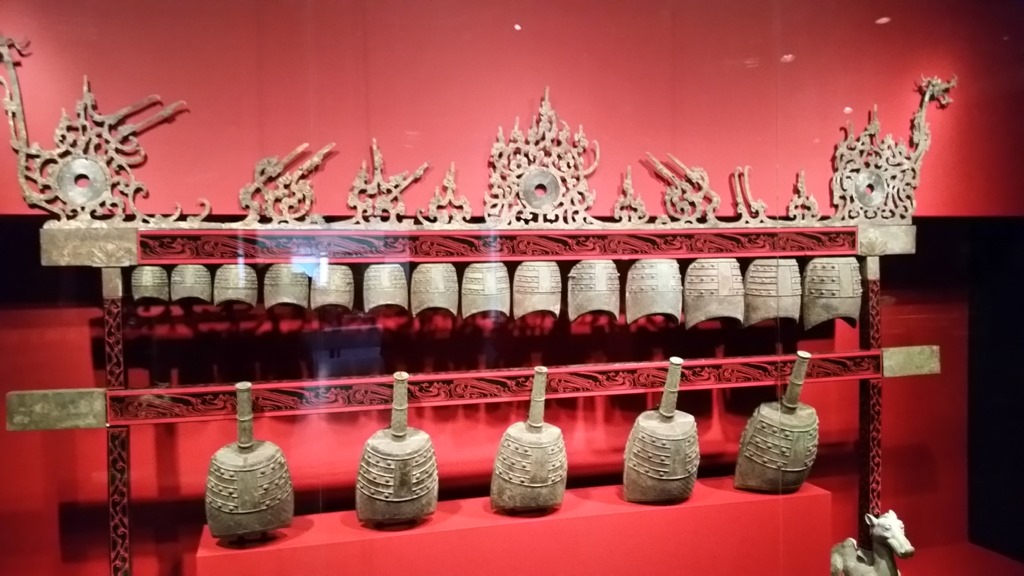 San Francisco’s Asian Art Museum’s March 2017’s exhibit provides 160 highlights of one of China’s most recently excavated royal tombs; that of the Han Dynasty’s Emperor Liu Fei who ruled from 183 to 127 BC.

Divided among three rooms, the exhibit examines and provides examples of the broad range of items that were placed in tombs to anticipate all the needs of the Emperor in the afterlife. The three rooms portray:

The tombs themselves are large, lavish affairs. Built into mountainsides, these huge tombs are laid out almost like the palaces in which the emperors lived during their lives, each with multiple rooms, extravagant design and extraordinary treasures.

The first room, after an introduction to the Dayun Mountain tomb, portrays an overview of the Dynasty’s subtle and multi-faceted culture, its mighty military machine and a range of cooking, eating and drinking utensils that are suited for a king. The advanced culture is demonstrated via exhibits of bronze palace bells, sculptures and carvings, including those of dancers and musicians, and of treasured possessions, such as a beautifully carved wooden horse. The utensils range from large, bronze pots to delicate jade cups and ingenious travelling wine cylinders and dispensers. The military might, via displays of the blades and a beautifully decorated crossbow trigger.

While the exhibit has many examples of the refined beauty of Chinese designs, many also demonstrate the dynasty’s incredible technical prowess. These include:

The second room, which examines the ancient Chinese perception of death and afterlife and displays the many delicate artistic treasures as well as reconstructions of the Emperor’s massive jade coffin, the burial suit (consisting of hundreds of jade tiles sewn together with gold thread) and the carved jade objects that are used to cover each of the body’s orifices (to prevent the soul from “leaking” from the body). Why all the jade? In addition to symbolizing wealth, jade was also thought to both prolong life and also protect the corpse from decay.

The third room is lined with pictures of the tomb and the way it was found. Exhibits include a range of royal symbols (including a set of beautiful gold buckles), personal toiletries and cosmetic containers (men too used makeup) and the above-mentioned after-life sex tool in the form of a heathy-sized bronze penis. And to provide a more comprehensive view of personal hygiene in the afterlife, a reconstruction of the tomb’s royal toilet.

Overall, the exhibit was very informative and was filled with a wide range of extraordinary artifacts of the life and death of ancient Han China’s 0.01 Percent.