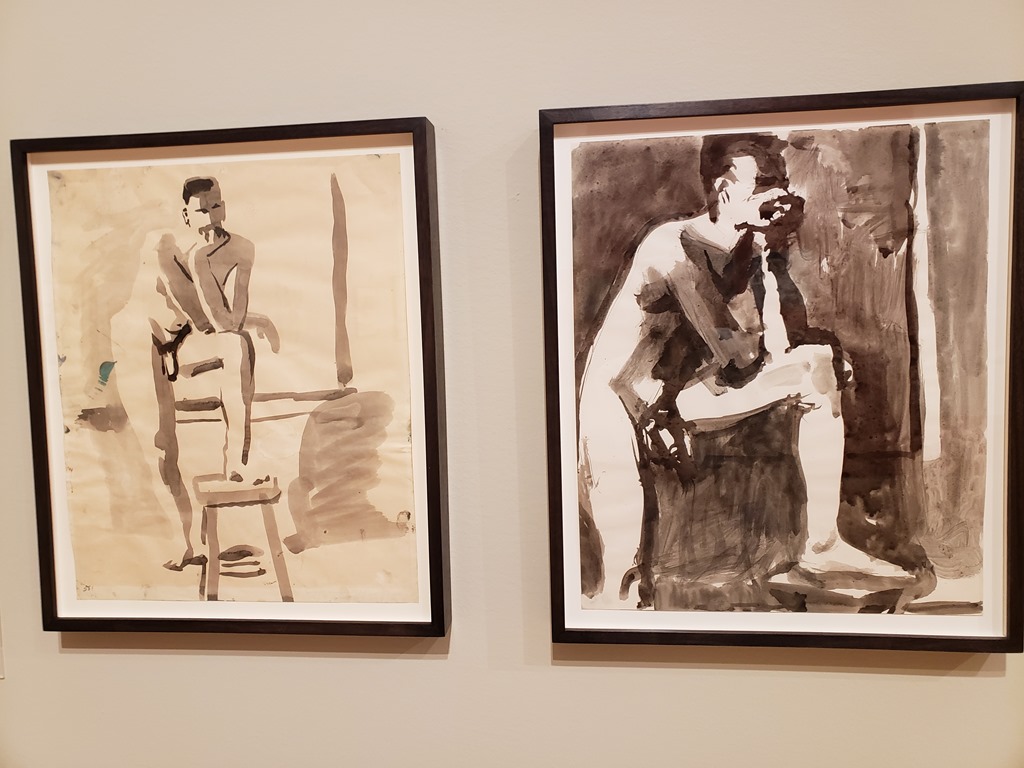 San Francisco was one of the first cities to shut down during the pandemic. For those of us who love museums, gathering with friends, going out to dinner, it was hard. But it was also an important thing to do to stop COVID. Then finally, a glimmer of hope after a very long wait. San Francisco was allowing the re-opening of museums and limited inside dining. While we were not ready for inside dining, we were ready to be socially distanced in museums. Sure, you can look at paintings and works of art online. But they aren’t a particularly fulfilling alternative to visiting a museum in person. Therefore we jumped to score our member tickets when  SFMOMA began offering limited numbers of socially-distanced tickets in September 2020.

Oh boy. Was it nice to reacquaint ourselves with SFMOMA’s collection in person. Upon entering, we noticed the work the staff did during the shutdown. We saw new works in many of the areas with which we were not familiar. And we also liked seeing many reworked labels that provided overviews of the genres and pieces represented in individual galleries. Who cares if we had to wear masks and be socially distant.

Our primary interest in going to SFMOMO, however, was in viewing the retrospective of works of David Park. Park was one of the leaders and intellectual lights of the mid-20th-century Bay Area Figurative Movement. The exhibit contains 127 paintings and works on paper. This is the first recent major museum exhibit of his work that examined his work from the 1930s through the 1960s.

The first major museum exhibition of Park’s work in three decades and the first to examine the full arc of his career, from his tightly controlled paintings from the 1930s to his final works on paper from 1960. The heart of the show is a rich selection of the 1950s Bay Area Figurative canvases for which he is best known — boldly executed compositions featuring musicians, domestic and vernacular scenes, portraits, boaters, and bathers. The works reveal an artist deeply connected to human experience and at the peak of his powers, reveling in the expressive and sensuous qualities of pure paint.

After his very limited (less than one year) formal artistic training, Park honed his craft through thousands of sketches (especially nudes) that he and his Figurative Movement friends rendered of models, several of which are displayed in gallery separate from those in which his oils are displayed. 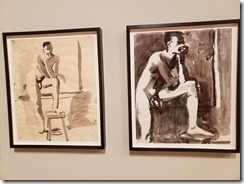 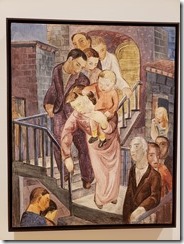 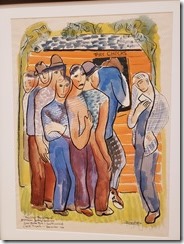 He became a teacher at the precursor to the San Francisco Art Institute in the mid-1940s. There he temporarily adopted the predominant, avant-garde movement of the day—Abstract Expressionism. After a few years of uneasy experimentations with the style, he made a new start—taking the vast majority of his Abstract Expressionist pieces to the dump (yes, he destroyed them). He then became the first of Bay Area’s notable artists to return to some of Abstract Expressionist techniques, such as the application of thick layers of paint with long, broad, loose brushstrokes, to figurative subjects, especially people engaged in everyday life.

By the late 1930s, Park flattened out his shapes. He was a musician himself and liked painting instruments and musicians. 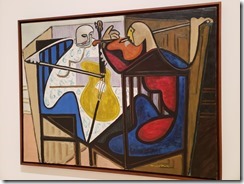 While the exhibit begins with a few of the limited number of his surviving Expressionist pieces, it consists primarily of his figurative works which are arranged in a way that highlights the evolution of his style through the 1950s where he began textures experimenting with shapes, colors, and textures in representing still somewhat abstracted figurative subjects. While a number of his mid-50s works are rendered in darker, somewhat expressionistic tones, his work at the end of the decade returned to large-scale renderings nudes, and bathers in an almost classical style. 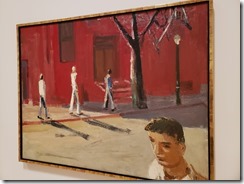 Four men is one of the largest paintings in the exhibit. He loved the human figure and the angles of bodies to break up the spaces on a canvas. 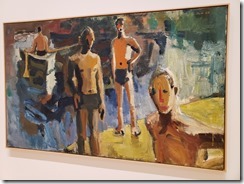 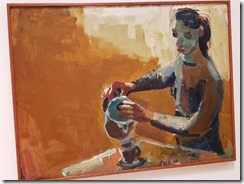 By late 1959, he was diagnosed with terminal cancer that would claim his life at the height of his career and the critical and commercial acceptance of his work in 1960. He, however, continued working through his several-month decline. While his health did not permit him to continue to paint in oils, he switched to watercolors and gouache. 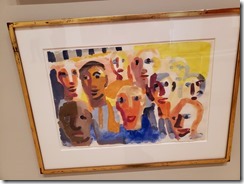 Unfortunately, shortly after we went to SFMOMA, COVID reared its ugly head back up and San Francisco (including museums) once again when into lockdown. But when we open back up again—and we will—we have some fond memories. And we hope that SFMOMA holds over exhibits that many were unable to see due to shutdowns.

In March 2021 San Francisco has again allowed museums to open at a reduced capacity. We already have our tickets to once again visit our museums once our antibodies kick in 2 weeks after our last COVID vaccines. Let’s hope the re-opening is permenant again.