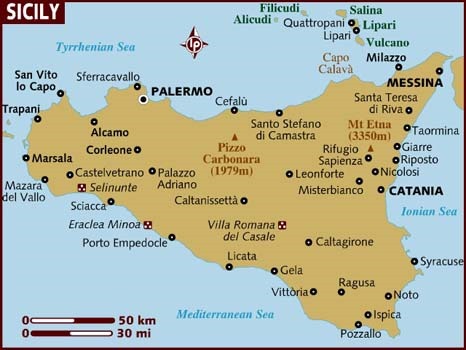 While we have been in Italy multiple times, we never made it as far as Sicily. On this trip, we decided to rectify this omission. 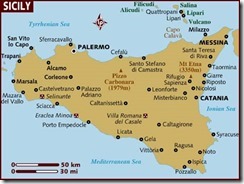 Since it sits at a strategic crossroads of Mediterranean, civilizations from all across Europe and the Middle East have converted and sequentially controlled the island. Created as a warring combination of long-time residents (including Phoenicians) and immigrants from the Italian mainland.

Then came various French forces and Neapolitan Bourbons. The Spanish controlled the northern section of the island from the 15th through 18th centuries, providing an ongoing Baroque influence. Then came a succession of Garibaldi rulers in the 19th century. Next was an Italian unification, Mussolini and then Germans control during WWII, followed by the Allied invasion and occupation, before reunification under democratically elected Italian governments—all while remaining separate and for decades, under the heavy influence of the Sicilian Mafia.

As a result, the entire amalgam that is unique to Sicily with elegant Greek and Roman classical ruins, Spanish, Norman and Moorish, Gothic and Art Nouveau elements to its architecture (often all in the same buildings), and Arab, Jewish and North African influences in its food. Sicily is, in other words, sui generis.

Join us as we explore several of the amazing cities in Sicily in our next blogs.